Politics Insider for June 8: Two CPC MPs switch support in leadership race; some are convinced that Poilievre has the win in the bag; a deep dive on Anita Anand 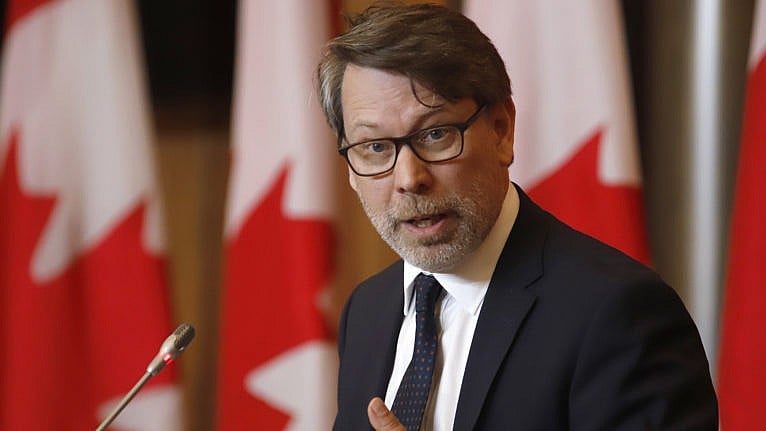 In a report to MPs on the last two elections, Perrault called for a number of changes to the Canada Elections Act, creating a new offence of making false statements to undermine an election by, for example, claiming that the results have been manipulated. He also suggests stricter rules to stop third-parties from receiving foreign funding and steps to protect against cybersecurity threats.

Hamilton-area MP Dan Muys and MP Kyle Seeback, who represents neighbouring Dufferin-Caledon in the House of Commons, both announced Tuesday they’re abandoning Brown for Poilievre. Their departures come after Poilievre’s campaign said over the weekend that it has sold an eye-popping 312,000 memberships in the race for the party’s top job. Conservative sources told CBC News that roughly 600,000 party members will be eligible to vote in September’s leadership election. A Poilievre campaign source — who spoke to CBC News on the condition of anonymity because they aren’t authorized to speak publicly — said the team is confident Poilievre can win the race on the first ballot given how many memberships he’s sold so far.

Game over? In a column published before the defections, but after Poilievre’s camp released their numbers, the Post’s John Ivison writes that unaligned senior Conservatives are convinced that Poilievre’s lead is unassailable.

Deep dive on Anand: In Maclean’s, the inimitable Shannon Proudfoot takes readers behind the scenes on an outing with Anita Anand, a newcomer to politics who is managing nightmarish files as Justin Trudeau’s defence minister, making positive impressions within the forces and among defence experts. She is seen as  thoughtful, a good brief, and crucially, someone who is not interested in sitting back and waiting for difficult problems to resolve themselves. She is doing well enough in a difficult job that her name increasingly comes up when talk in Ottawa turns to succession.

Her move to defence reads as a clear statement of trust from Trudeau that she can navigate this post under urgent circumstances as well as she did the last one. It could also end up being a poisoned chalice handed over with a smile of gratitude and apology. In cabinet, there is a fine line between a difficult but important task and an impossible and thankless one. Anand’s success in this job—and Canada’s reputation and safety in a world gone dark—might rest on that knife’s edge.

Norad visit: Speaking of Anand, she and Trudeau visited Norad headquarters ahead of a trip to L.A. for the Summit of Americas, CP reports. Trudeau will spend the rest of the week there with leaders from across the Western Hemisphere, although without the president of Mexico, who stayed away to protest Joe Biden’s snub of Cuba, Venezuela and Nicaragua. Trudeau declined to comment on the controversy.

Drainville to CAQ: Former PQ MNA Bernard Drainville announced Wednesday that he will run for the CAQ in Lévis, and declared it is a “dead end is to entrench ourselves in the false dilemma between sovereignists and federalists,” the Gazette reports. Drainville, a former journalist, was pressed by reporters over his decision to abandon Quebec independence, and attacked by the PQ for doing so.

Too much? Also in the Gazette, Thomas Mulcair writes that François Legault may be “too clever by half” by adding a former sovereignist like Drainville to his bench.

The arrival of diehard sovereignists risks pushing away the CAQ‘s sizeable federalist vote. It’s getting hard to believe Legault has really abandoned his own long-held separatist views when he surrounds himself with people who’ve spent their lives trying to break up Canada and have never recanted.

Misunderstood: A senior official testified Tuesday evening that Marco Mendicino was “misunderstood” when he seemed to say police asked the federal government to invoke the Emergencies Act in February, CP reports. Deputy minister Rob Stewart told MPs that Mendocino was “trying to express was that law enforcement asked for the tools that were contained in the Emergencies Act.”