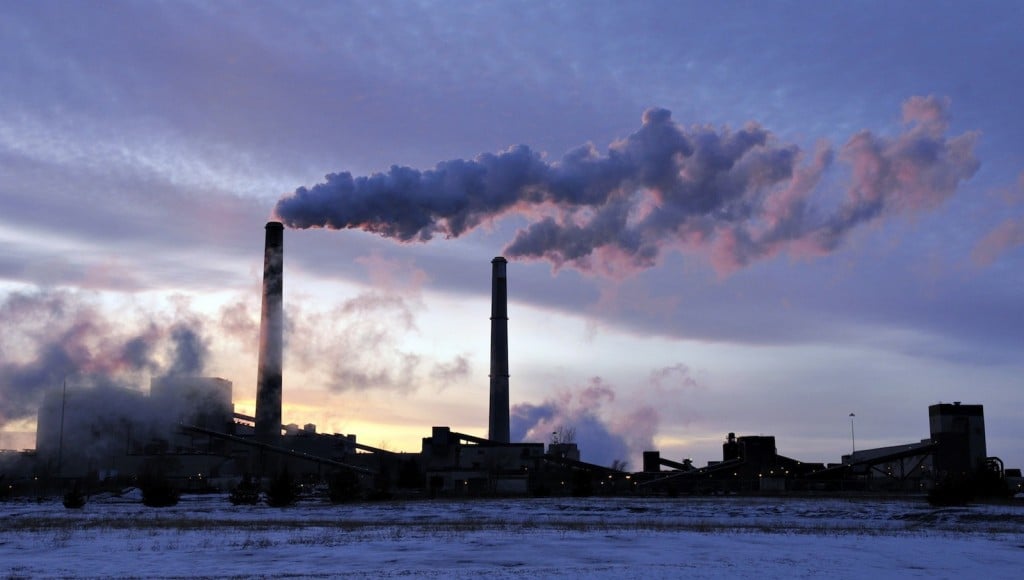 WILLIAMSON, W.Va. — The hard-eyed view along the Tug Fork River in West Virginia coal country is that President-elect Donald Trump has something to prove: that he’ll help bring back Appalachian mining, as he promised time and again on the campaign trail. Nobody thinks he can revive it entirely — not economists, not ex-miners, not even those recently called back to work.

But for the first time in years, coal towns are seeing a commodity that had grown scarcer than the coal trains that used to rumble through around the clock: hope.

Around here that hope is measured. Still, most voters saw Trump as the only choice for president. He vowed to undo looming federal rules and said President Barack Obama had been “ridiculous” to the industry. Trump told miners in Charleston: “We’re going to take care of years of horrible abuse. I guarantee it.”

But a lot of people had gone under already.

“Lost my home, vehicle, everything,” said Roger Prater. Wearing the miner’s telltale blue pants with reflective strips on the legs, Prater would be heading underground that night. He’d been laid off for 20 months but now benefits from a small hiring surge that started before the election.

At 31, Prater said he can get everything back, but he’s uncertain for how long.

That skepticism is supported by industry analysts, who say any recovery won’t be centred in the eastern coalfields of Kentucky and West Virginia and will never bring U.S. coal back to what it once was.

Mines out west stand to gain the most under Trump because of the huge reserves beneath public lands in Wyoming, Montana, Colorado and Utah.

At the Wolf Mountain Coal company near Decker, Montana, superintendent Dave Bettcher said he’s been praying Trump can do just that.

Wolf Mountain gets coal from the nearby Spring Creek strip mine, where operator Cloud Peak Energy has cut workforce and production. Wolf Mountain’s 20 workers still have jobs, but Bettcher said eight years of anti-coal leadership in Washington have left the industry in peril.

“I believe in the guy,” Bettcher said of Trump as a conveyor belt dumped coal into a truck bound for North Dakota. “If he can hold up his end, he’s going to help a lot of people.”

In January, the Obama administration — prompted in part by concerns about climate change — imposed a moratorium on new lease sales pending a three-year review of the federal coal program. Trump has vowed to rescind the moratorium, which could open huge coal reserves.

Burning them would unleash an estimated 3.4 billion tons of carbon dioxide — equivalent to a year’s worth of emissions from 700 million cars, according to Environmental Protection Agency calculations. But Trump has promised, too, to roll back Obama’s Clean Power Plan, emissions restrictions that would make it more expensive for utilities to use the fuel.

Such proposals would “level the playing field for coal,” allowing it to better compete with natural gas and renewable energies, said coal analyst Andy Roberts with the firm Wood Mackenzie.

Yet industry executives expect that pressure to reduce carbon dioxide emissions will continue.

“It can’t just be, ‘We’re going to get rid of these regulations, and you guys can party until the next administration comes,”‘ Cloud Peak Energy Vice-President Richard Reavey said. “There are serious global concerns about climate emissions. We have to recognize that’s a political reality and work within that framework.”

Owners of more than 200 coal plants, almost half the nation’s total, plan to retire the facilities by 2025, said Mary Ann Hitt, director of the Sierra Club’s anti-coal campaign. That trend is unlikely to be reversed, she said, with wind and solar power becoming more cost effective and natural gas offering a cheap alternative.

But Hitt said environmentalists would be naive to think they’ve won.

“The coal industry is going to have friends in high places,” she said.

In West Virginia, Justice reopened four of his mines this month, saying they’ll provide 375 jobs, before being elected governor. They produce metallurgical coal for making steel; its price has risen sharply with lower Chinese production. Justice acknowledged during campaigning that the coal business is tough — mining jobs in the state fell to about 15,000 last year, with 7,000 gone since 2008 — but said he believes it will help power the U.S. economy and West Virginia’s future.

“You’re going to see more miners go back to work in West Virginia to some level,” he said.

On Saturday, Justice said he and Trump talked for 15 minutes about efforts to put miners back to work. He didn’t disclose specifics.

For now, Williamson resembles the small Rust Belt cities of the North after factories closed, leaving empty storefronts and sidewalks. On a recent afternoon, a young man stood on the city bridge over the Tug Fork, which mostly separates southern West Virginia from Kentucky, holding a sign asking for help.

Greg Blankenship from Pike County, Kentucky, across the river, lost his $50,000-a-year mining job in 2009 and got a lower-paying county job months later. His father made a good living as a miner and raised three kids. At 44, Blankenship hopes Trump’s election means he’ll be able to go back but says he knows “the president can’t do everything.”

Gary Chapman, 25, has worked right along for almost eight years, surviving seven layoffs, though he’d been down to four shifts a week. He returned to five or six shifts, including overtime, days before the election.

“I believe they’ll bring a lot of it back,” he said. “Do I believe it will be what it used to be? No. It’ll never be that again.”