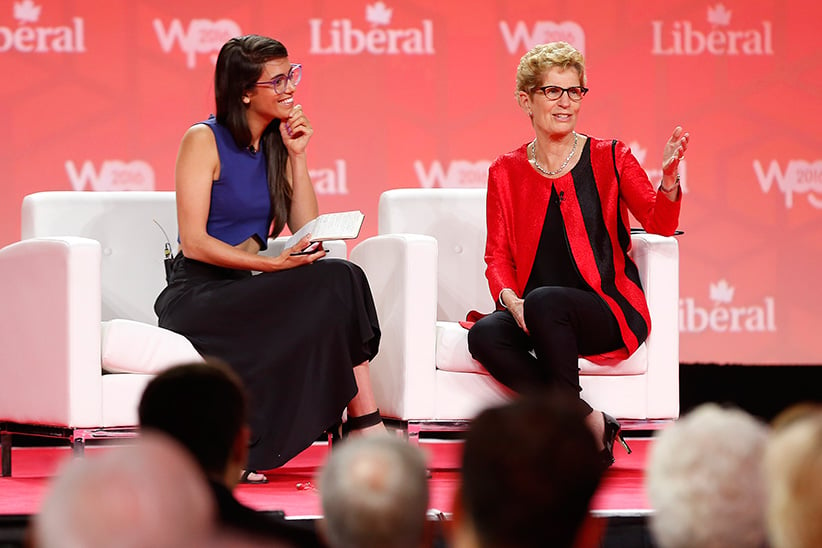 TORONTO — The new year marks a new fundraising reality for Ontario’s political parties, which now have to get by without funding from their top donors — corporations and unions — as they try to fill their coffers ahead of next year’s election.

The 2016 figures from Elections Ontario show corporations made up roughly 90 per cent of the Progressive Conservatives’ top donors and about three quarters of the governing Liberals’ top donors. The New Democrats’ top donations came from unions.

The figures show the Progressive Conservatives out-hustled the other parties, raising nearly $10 million, while the Liberals raised $6 million and the NDP raised almost $3 million. The numbers don’t include donations made to constituency associations.

The Tories raised a whopping $3.9 million in the
Scarborough-Rouge River byelection alone, and of the 136 donors to
give the maximum amount, just 15 were individuals.

The old rules allowed individuals, corporations and unions to donate $9,975 to a party each year, but they were also allowed to donate the same amount during a byelection period — and there were three last year. There were four byelections, but two were held on the same day.

The Liberals likely would have raised considerably more in 2016 had they accepted party donations in the Sept. 1 and Nov. 17 byelections. In the Whitby-Oshawa byelection early in the year, the Liberals raised $2.6 million. But after they came under fire over the summer for the loophole that allowed extra donations during byelections, the Liberals said they wouldn’t make further use of it.

Under the new rules, which went into effect Jan. 1, the parties get per-vote subsidies to help them stay afloat in at least the first few years without corporate and union donations. The Liberals will get $5.1 million in 2017, while the Tories will get $4.1 million and the NDP will get $3.1 million. The amounts will drop in each subsequent year.

The new rules cap individual contributions to a registered party at $1,200, or $3,600 in an election year. They also ban politicians from attending fundraising events, presenting parties with an additional challenge of raising money without the benefit of drawing in donors using face time with an elected official.

The Liberal government introduced legislation amid a cash-for-access scandal in which it was harshly criticized over fundraising events that saw cabinet ministers attend private, high-priced functions with stakeholders. But the opposition parties relied on the personal touch too, with both leaders headlining pricey dinners.

Progressive Conservative Leader tweeted a constant stream of photos throughout the year of him attending fundraisers, from large to ones that appeared to only have a handful of attendees. Those connections could put the party in a good position to hit up those individual donors again in 2017.

PC campaign organizer Walied Soliman tweeted that the party raised more in 2016 than in any other non-election year, which he attributed to Brown’s hard work.

The NDP has traditionally relied on getting a lot of individual donors to pony up a little bit of money — thousands of people donated less than $200 in 2016 — and the party says the new rules don’t change that.

“We will work to increase our membership, expand on our successful digital program, and work with our current donors to secure commitments to monthly contributions,” NDP provincial secretary Karla Webber-Gallagher said in a statement.

“We have always been a party focused on its grassroots membership and the new fundraising rules do not alter that focus, it will be the key to our success leading up to 2018.”

In addition to the general election, the parties will also have to spend on at least one byelection this year — the premier has six months to call a vote to replace David Orazietti, a cabinet minister who resigned his Sault Ste. Marie seat late last year.