Democracy is expensive—and so are the elected officials who make that possible. That's good.

A British Columbia legislator is on a quest to end free lunches for some politicians—for the sake of democracy, we should hope he fails 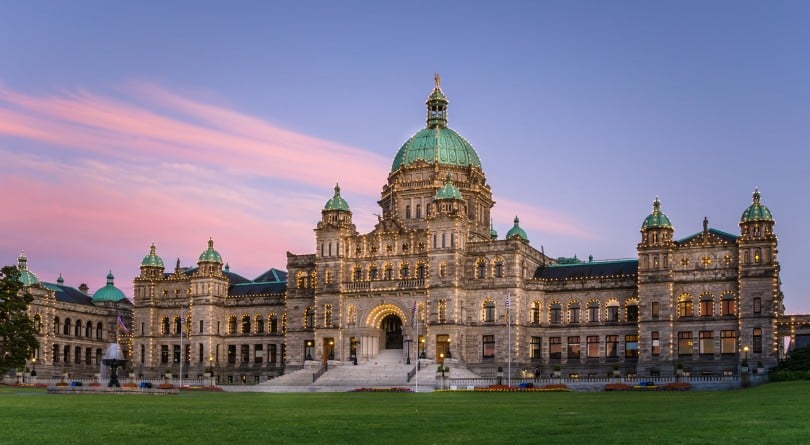 Earlier this week a Liberal member of the Legislative Assembly in British Columbia introduced a private member’s bill to eliminate the per diem food allowance enjoyed by MLAs when the legislature is sitting. Peter Milobar’s bill would only apply to MLAs in the Victoria area—home to the legislature—seven of them in total, who are already barred from claiming a housing allowance enjoyed by other members. If he gets his way, we’ll soon see elected officials hustling down the street with brown bags or huddled around microwaves.

On the face of it, Milobar’s idea seems fair enough, but as you consider it longer, the fairness fades and all that’s left is a soggy mess similar to the sandwiches he’d have MLAs bring to work. First, the bill is patently partisan. None of the MLAs who would be affected by the change are B.C. Liberals. Second, it’s small ball. The total amount claimed by Victoria-area MLAs since the New Democrats took over government wouldn’t buy you an economy sedan. The whole thing comes off as petty, vindictive, partisan, and symbolic in an irritating way. It’s identity politics at its worst, cheap and lazy, full of faint sound and phony fury. But there’s a silver lining to Milobar’s shenanigans: it gives me a chance to argue that paying politicians a robust salary—including incidental perks such as housing and food allowances—is good for democracy.

In British Columbia, MLAs are paid a base salary of about $106,000 a year. With extra duties, that number quickly rises, reaching about $200,000 a year for the premier. In small or medium legislatures, with plenty of cabinet spots and committee work, average member income rises significantly from the base salary, as The Tyee noted in 2016. Not bad. Federally, in the House of Commons, members of Parliament make about $173,000 a year, which is a fair enough salary. Members also receive a generous pension at 65 (or 55, prior to rule changes in 2016), provided they have served at least six years.

You may be tempted to get all hot and bothered about six-figure salaries and “gold-plated” pensions, but take a beat for a minute, set aside the politics of outrage that have been encoded in you by years of populist class politics, and consider why a good salary and pension is necessary for elected officials.

Canada is a democracy-loving nation, but we’re pretty cheap about it. And yet, we don’t hesitate to use the trite aphorism that “You get what you pay for.” Indeed, when we discuss corporate or professional salaries, we quickly encounter the common refrain that we must pay a premium to attract talent. Why shouldn’t this apply to politics? If anything, it should apply more to politics, since a democratic state in a capitalist country will presumably be bound by similar incentives to those of the market with one important difference: individuals who enter politics are inherently concerned with the common good, which makes getting the right people into the field essential and good for all of us. If we want good people, we need to pay them adequately.

But what if the sorts of people who run are already well off? Do we really need to pay them generously from the public purse? Well, wealthy folks standing for office reveals a key part of why adequate compensation is important. A good salary for politicians helps ensure that politics doesn’t become (any more than it already is) the purview of the wealthy. Our councils and legislatures should mirror, as much as possible, the communities they are elected to serve. Working as an elected official—safe seats notwithstanding—is risky and precarious work with limited job security, since you’re always a mere election away from joblessness, and there’s no guarantee, despite what the public tends to think, that you’ll land a job once you leave office. Being a politician shouldn’t be a gig only the wealthy can afford to take.

On top of the rest, politics is hard work. The caricature of the elected official enjoying a permanent, plum job of three-martini lunches and four days a week of office hours is convenient meme fodder and drunk-uncle Thanksgiving chatter, but it’s bollocks. Those who serve work long hours—often far from home—travel constantly (sounds glamorous, but who wants to spend all their time on a plane or train?), live under constant public scrutiny, face regular abuse in their public and private capacities, and must manage family challenges including divorce rates that are twice the national average. Who wants to get nickel and dimed after all of that?

If we want excellence in politics, it’s going to cost us. It’s both morally and practically right to adequately compensate elected officials to provide a foundation for the public service we deserve. It’s well worth the cost. And if it’s the raw numbers that bother you—if you balk at the idea that a member of Parliament or the legislature makes six figures—compared to what you or someone you know makes in their (also-difficult) job, perhaps your real concern ought to be why you are insufficiently paid, rather than why politicians are adequately paid.

As tempting as it is to blow your stack at the idea that politicians make a good living, it’s more productive to consider why that might be the case, what sort of value we get for that money, and what the nature of your frustration really is. After a bit of reflection, you might discover that your anger is misdirected. And with the time you save tilting at windmills to which you’ve been directed by the purveyors of the populist politics of outrage, you might even consider running for election yourself.