Trump's followers have begun calling him "Daddy," a gesture of self-surrender with deep cultural resonance 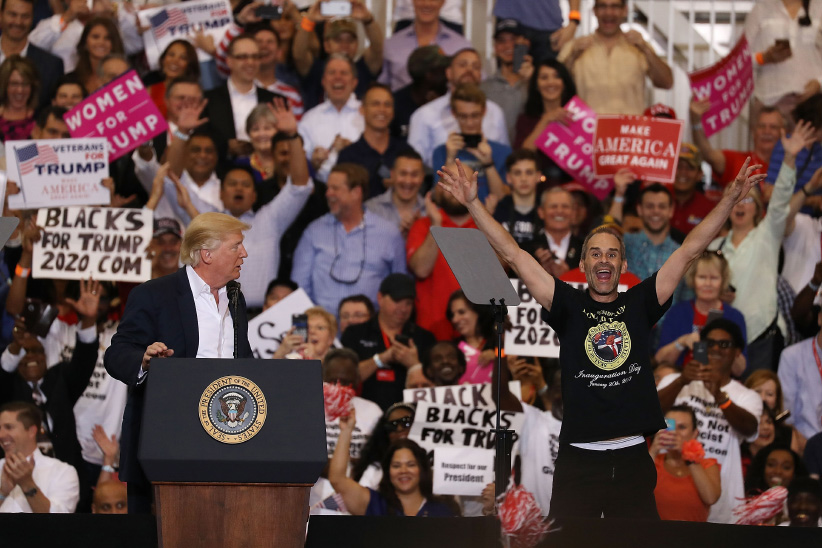 President Donald Trump looks on after asking Gene Huber to speak during a campaign rally at the AeroMod International hangar at Orlando Melbourne International Airport on February 18, 2017 in Melbourne, Florida. President Trump is holding his rally as he continues to try to push his agenda through in Washington, DC. (Joe Raedle/Getty Images)

If you spend time with Donald Trump supporters, as I did over eight hours in central Florida at his rally last weekend, it quickly becomes apparent that Trump’s America has “Daddy” issues. Grown men refer to the president as “Daddy” unabashedly and proudly. “There’s finally an adult in the White House,” one told an NBC reporter. “Daddy’s home.” Here, “Daddy” is used to “demasculinize” or diminish Barack Obama. But Trump-as-Daddy also fits into the bigger masculinity narrative Trump sold the electorate: that he will dial the country back to an idyllic, fictional ’50s America, a comforting Father Knows Best world in which breadwinner dad brings home the bacon and stay-at-home mom fries it up. Embracing a political leader as “Daddy” has a dark, dire side, of course: it paves the way to autocracy. Let’s not forgot Ugandan dictator Idi Amin insisted on being called “Dada” or “Big Daddy.”

One of the first “Daddy Trump” proponents, little surprise, was Milo Yiannopoulos, the notorious alt-right star and Internet bigot forced to resign from his Breitbart News pulpit this week after a video showed him condoning pedophilia. A February 2016  Yiannopoulos column attacking Pope Francis’s criticism of Trump was titled: “Sorry Papa, But Daddy Trump Is the One Defending Catholics from Invaders.” Yiannopoulus also made a Trump-as-Daddy reference in comments to the Facebook defence he posted this week:  “They hate me as much as they hate Trump! Let them come. It didn’t do Daddy any harm.” Later in the thread, a poster suggests Yiannopoulos isn’t the paternalistic figure Trump is: “You’re good Milo, but your [sic] not Daddy. Be careful.”

Trump as “Daddy” is now finding its way into pop culture, thus normalizing it. In an Instagram post in January, after the Women’s March, Lena Dunham, a Hillary Clinton supporter, stoked outrage when she wrote, “Donald Trump only recognizes the humanity of women who look like his daughter, but after this weekend he better know that we are all his daughters” (the post was later deleted). Last week, late-night host Jimmy Fallon, who chose to tousle Trump’s hair pre-election instead of ask hard questions, used “Daddy” in his send-up of the president’s chaotic press conference: “This is going to be a crazy one. Daddy came to play,” Fallon as Trump said.

Longstanding cultural resonances around “Daddy” helped feed Trump’s rise. Dilbert cartoonist Scott Adams, one of the first to predict a Trump victory in early 2016, did so based on entrenched parental stereotypes. The public would see any Trump-Clinton showdown as “dad versus mom,” Adams said in a  2016 CNN interview.  And in an uncertain, frightening political climate, the man automatically has the upper hand, no matter how inept he might be. “The thing about dad is that dad is kind of an A-hole, but if you need dad to take care of some trouble, he’s going to be the one you call,” Adams said. “….You’re probably not going to call mom, even if she’s awesome. You’re probably going to call the biggest person in the room.” It’s an astute observation, and one that reveals the paucity of female political role models.

That Daddy is in control, a victor, is also reflected in the popular expression: “Who’s your daddy?” Boston Red Sox pitcher Pedro Martínez became the target of “Who’s your daddy?” chants following his 2004 praise for the New York Yankees. “They beat me. They’re that good right now,” he’d told reporters. “They’re that hot. I just tip my hat and call the Yankees my daddy.” The line also showed up with a gender twist in the 2005 movie Mr. and Mrs. Smith. “Who’s your daddy now?” Angelina Jolie’s character asks Brad Pitt’s character after she beat him up.

RELATED: Trump’s dismissal of the press as biased is authoritarian at its core

Daddy is also shorthand for a rich man, a generous benefactor, a caregiver. The 1920s comic strip “Little Orphan Annie” introduced “Daddy Warbucks,” the benevolent millionaire willing to take in an orphan.  Now “Daddy Warbucks” is jokey slang for a generous spender, particularly a guy known to lavish money on younger women.

Trump certainly fits that stereotype. But he has far more in common with another famous Daddy, “Big Daddy” of Tennessee Williams’s 1958 play Cat on a Hot Tin Roof. Big Daddy is Trump-like: an old, wealthy, crude, ruthless cotton tycoon focused exclusively on building wealth. He doesn’t know how to love nor does he even like people; his avowed familial commitment stems from desire to promote his lineage.

Big Daddy’s family, like Trump’s, has been conditioned to feed his ego. “What makes Big Daddy so big?” they chant at his birthday party. “His big heart, his big belly…his big money!” Like Daddy Trump, Big Daddy has trouble confronting reality, preferring to inhabit a narcissistic make-believe universe. “Boy, I’ve lived with mendacity,” Big Daddy tells his son. “Why can’t you live with it?” Like Trump, the fictional character bristles with unresolved issues stemming from his relationship his own father. “I reckon I never loved anything as much as that lousy old tramp,” he says. 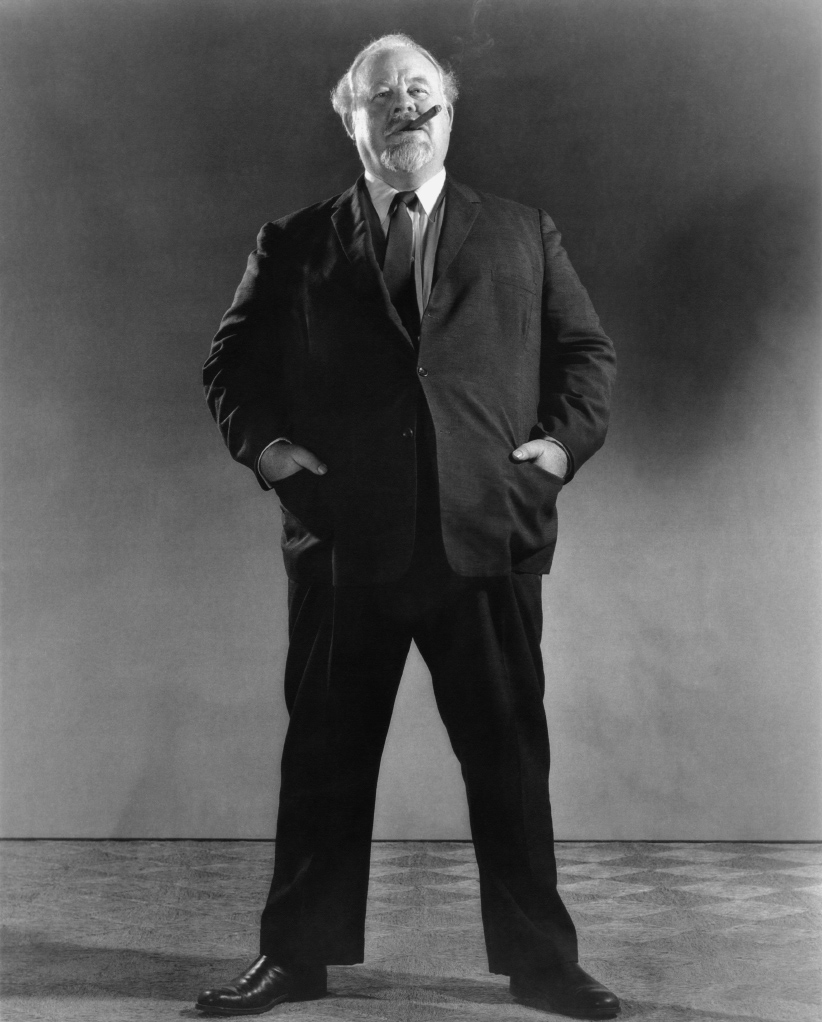 The irony of course is that the nation’s new “Daddy,” a father to five children with three women, would never win a parenting award. Months before the election, Trump’s first wife Ivana declared  her ex an absentee dad: she raised their three children singlehandedly, she said, adding: “Donald wasn’t really interested in the children until he could talk business with them.” Now all three are his employees.  It’s a pattern played out with his last child, Barron, who lives in New York City, apart from his father. Trump’s archaic attitudes toward parenting are well-known. Men who change diapers are “the wife,” he once said. In a 2005 interview on The Howard Stern Show, he boasted: “I won’t do anything to take care of [my children].  I’ll supply funds and she’ll take care of the kids.” The president has also displayed disturbing lack of boundaries with his eldest daughter, his unofficial advisor. “If Ivanka weren’t my daughter, perhaps I’d be dating her,” he mused in a 2006 interview.

That’s America’s new Daddy—a creepy, absentee parent who makes the doofus dads that populate network sitcoms seem competent and caring. A more apt comparison would be the father in the popular “Who’s Your Daddy” online video game that pits an inept father desperately trying to baby-proof the house against an infant son who’s hell-bent on killing himself.

It may be easy to mock those who call the president “Daddy,” or to profess horror at the idiom. But it also undeniably reveals a gaping void in America’s collective psyche, as reflected in an infantile need for an authority figure who will fix everything, who will magically kiss perceived national boo-boos better.  There’s a reason Yiannopoulos’s avid following of young men, many of them teenagers, are called “lost boys.” Whatever Daddy does, people want to believe, he does because he loves them. That is now America’s tragedy.