Opinion: Critics say the Premier scuttled a deal, costing millions. But local opposition, market forces and even Donald Trump all played a part. 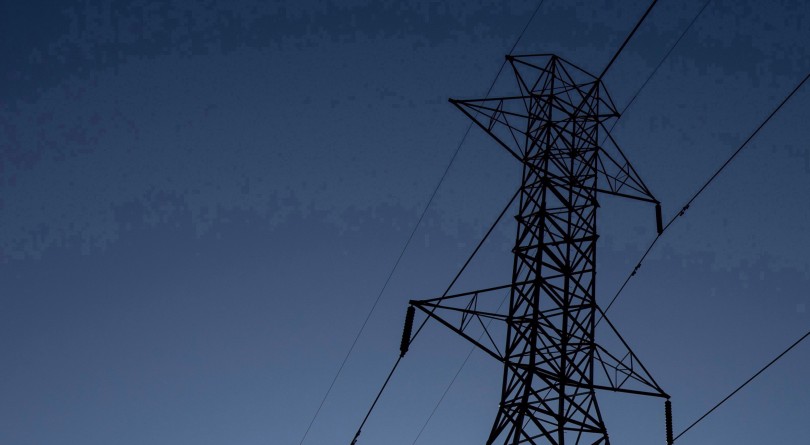 A hydro tower is seen in Toronto on Wednesday, November 4, 2015. THE CANADIAN PRESS/Darren Calabrese

Ontario residents inclined to regard Premier Doug Ford’s government as a band of know-nothings recently rejoiced at a pair of rulings from American regulators that appeared to confirm their worst suspicions: that the Tories were prone to face plants with serious financial implications.

Those rulings in December and January, by public utilities commissions in Washington and Idaho,  blocked a proposed $5.3-billion takeover by Hydro One of Avista, a Spokane-based gas and electric utility with operations in both states, as well as Montana, Oregon and Alaska.

Though Alaska green-lighted the blockbuster deal in June 2018, regulators in Washington and Idaho concluded that Hydro One—the vast transmission and distribution utility that was formed after the late 1990s break up of Ontario Hydro—was vulnerable to political meddling. The company pledged to appeal. But on Jan. 23, Oregon regulators disclosed that Hydro One and Avista had formally terminated their star-crossed merger, a decision that will saddle the Canadian utility with US$103 million in termination fees.

MORE: For access to the Ford government, two names matter most

The accusation of interference wasn’t unfounded. Forty-seven per cent of Hydro One’s publicly-traded shares belong to the province, whose premier spent much of the spring 2018 election energetically deriding the company’s well-compensated CEO, Mayo Schmidt, as the “$6 million man”: a greedy suit installed by Kathleen Wynne’s Liberals to strip mine the bank accounts of Ontario’s people.

After dispatching Wynne, Ford wasted little time jettisoning the Hydro One board and, um, encouraging Schmidt to walk the plank.

The regulatory balking stateside cast Ford—though ostensibly a free market businessman—as someone who couldn’t keep his fingers out of the province’s electricity business and therefore got zapped for his troubles. As Gerry Butts, one of Justin Trudeau’s top advisors who previously worked for Premier Dalton McGuinty, crowed in a tweet, “The Ford government’s political interference just cost Ontario ratepayers over $100 million.”

But this story is about much more than a populist politician over-playing his hand. Rather, it’s a complex financial tale that exposed the limitations of a seemingly lucrative acquisition strategy, the unexpected vulnerabilities of conventional utilities, and the cross-border ripple effects of Donald Trump’s gigantic corporate tax cut. All these cross-currents have effectively killed the hopes of Canadian investors who believed that Hydro One would someday grow into a continental energy giant.

When former TD Bank chair and Wynne advisor Ed Clark pitched selling Hydro One to investors via an initial public offering back in 2015, he likely envisioned the creation of a powerful “investor-owned utility”—a sturdy corporate creature that buys up regional natural gas and electric companies and siphons off as much cash flow as local regulators will permit. One of the largest belongs to none other than Warren Buffett, Berkshire Hathaway Energy (now headed by a Canadian accountant), but there are several Canadian examples: Newfoundland-based Fortis Inc., Nova Scotia’s Emera and the Calgary-based Altagas.

Except Buffett’s, all of these conglomerates trace their roots to heavily regulated local energy utilities that were privatized through public offerings. The cash flow generated by these regulated utilities provides the capital to allow their holding companies to buy up more of these monopoly-like entities in other jurisdictions—deals that often involved a lot of debt, but create huge and far-flung portfolios of energy consumers.

Altagas, with $2.5 billion in revenues, owns utilities in Washington, Michigan and Alaska. Berkshire (which is a wholly owned division of Buffett’s holding company) has vast utility holdings across the central U.S., and also controls the electrical transmission infrastructure in Alberta. Fortis and Emera both own utilities and transmission networks throughout the U.S. and the Caribbean. In fact, Emera as recently as 2016 spent a whopping US$6.5 billion to buy Tampa’s electric company. As Buffett’s interest in this space suggests, these seem to be hold-and-never-sell sort of assets, as they produce predictable returns and dividends year in, year out.

After Ontario moved to partially privatize Hydro One, part of the proceeds was supposed to hasten the consolidation of the province’s local utility sector. The company owned all of the province’s transmission lines, and it also sold energy directly to thousands of rural Ontarians. But around Greater Toronto, the electricity distribution sector included a significant number of small- to medium-sized middlemen, a.k.a local hydro companies; Hydro One’s mandate was to consolidate these little players and drive overhead out of the system. After all, if the lights come on when you flick the switch, it shouldn’t matter whose name is on the monthly bill. Some consolidation has occurred but the process is far from complete.

Yet Schmidt’s hiring as CEO clearly signalled to capital markets that Hydro One was on the prowl for bigger game. A fiercely competitive figure, Schmidt had overseen the privatization of a Saskatchewan Wheat Pool, a sluggish co-operative. Under Schmidt’s leadership, Viterra, as the firm came to be known, went on a furious acquisition binge through the 2000s, buying up agribusinesses as far afield as Australia. Head-hunted to yank Hydro One out of the doldrums of public ownership, Schmidt’s first international move was Avista, announced in 2017. Compared to the relatively small local utility consolidations, it was a big deal.

Not everyone is a fan of these kinds of companies. Laurence Booth, a professor of finance at the University of Toronto’s Rotman School of Management, says investor-owned utility conglomerates are built through acquisition, but the benefits go to the investors, not local energy consumers. Because it is so lucrative and predictable, in fact, the model has proven extremely popular on Bay Street. Besides Hydro One itself, “there are no plain vanilla utilities left on the TSX,” he says. “How come none of these companies exist anymore? They’re all part of these corporate empires.” As Booth points out, it’s up to regulators to make sure they’re not “abusing ratepayers.”

Booth was dubious about the Hydro One privatization, too. Until it happened, the utility paid no income taxes and was fuelled by provincial debt, which is the least expensive type of financing available. Post-privatization, Hydro One has to charge its customers HST and produce market-friendly returns for its investors. “When you look at all of that,” he says, “there’s been a huge layer of cost put on top of electricity users and that’s had a huge impact on the cost of power.”

When Hydro One unveiled the Avista acquisition, state regulators got into the act, and there’s evidence this deal wasn’t going down all that smoothly. In Idaho, for example, 650 people wrote to the public utilities commission to complain about the takeover (that’s a formidable amount of feedback for a state with the same number of residents as Montreal).

As the Idaho regulator’s decision notes, dryly, “Almost everyone who testified or commented opposed the merger.” The reasons: “foreign ownership, foreign government control of the company, increased rates, and negative service quality impacts.” We Canadians, needless to say, don’t like to see ourselves as voracious interlopers, but that’s certainly how we were viewed in Idaho. In fact, even before the regulators hit the brakes, Hydro One and Avista had amended the takeover agreement with all sorts of conditions, including written guarantees that rates wouldn’t rise because of the merger. As a pot sweetener, Hydro One even offered to pony up $7 million for Avista’s charitable foundation.

At this point in the story, we need to cue the imponderables: rising interest rates and Donald Trump. Hydro One made its move on Avista at almost precisely the moment when the U.S. Federal Reserve began to hike interest rates significantly for the first time since the 2009 credit crisis. Utilities, because they rely so heavily on debt, are vulnerable to such changes, which alter their profitability.

Then came U.S. tax reform, and the giant rate cut for corporations, from 35 per cent to 21 per cent. According to utilities and infrastructure analyst Darryl McCoubrey, a vice-president at Veritas Investment Research, the tax reduction depressed cash flow for utilities (for reasons related to arcane regulations), forcing some large investor-owned companies to scramble. For example, Emera, based in Halifax, last fall had to sell off some of its New England electricity holdings to raise US$590 million to help shore up its balance sheet.

Many financial commentators noted that Hydro One’s stock took a bit of an upward bounce on the news that Washington regulators had nixed the merger, reflecting some investor opinion that Hydro One had paid too much for Avista. But if you look at the performance of the shares of some of these utility conglomerates over the past year, a broader story emerges.

Following the approval of the huge corporate tax cut in the U.S., Altagas saw its stock price slide sharply, from the mid $20-range to $14 today. Avista has lost about a fifth of its market value over the past year, and its stock plunged in the wake of the blocked acquisition by Hydro One, possibly confirming the view of some Bay Street watchers who felt that Schmidt over-paid.

In the wake of the sale of its New England holdings, Emera’s shares have recovered somewhat, and the company has said those sell-offs are only just beginning of what it describes as a “three-year funding plan.” In a recent analyst’s note, the Royal Bank of Canada added that Emera can also expect to see plenty of profit roll in from its Florida subsidiary, which is banking heavily on solar energy.

As for Hydro One, the company’s shares—almost half of which belong to the people of Ontario—have slid slowly but steadily for much of the past two years, a trajectory interrupted, but only briefly, by the news out of Washington and Idaho.

So what happens next? McCoubrey and Booth both agree that Hydro One has been pretty much sidelined when it comes to more international deals, which means its geographic footprint, unlike those of rivals like Fortis, Emera and Altagas, will not extend beyond Ontario’s border anytime soon.

Does it then become prey? With a large and outspoken minority shareholder—Queen’s Park—it seems unlikely that Hydro One will become investor fish food anytime soon. “It’s not immediately obvious how anybody could take over Hydro One,” Booth says. But, he adds, he wouldn’t be surprised to see some of Canada’s deep-pocketed public sector pension plans–the likes of Ontario Teachers, OMERS or the Canadian Pension Plan Investment Board–emerge as significant new shareholders. Such investments–large, stable, regulated companies–are perfect for pension funds.

In fact, Booth notes, such a development would have a certain elegant symmetry. After all, until the 1980s, Queen’s Park borrowed heavily to fund the growth of Ontario Hydro, and Ontario’s teachers had to buy all those bonds to generate income in their superannuation fund. “You’d go complete circle,” he says. “I suspect the pension funds will be interested.”

The upshot is that Ford may have ended up doing the right thing for the wrong reasons. Nonetheless, he’s still saddled Ontarians with a giant, publicly traded albatross that has—for the time being anyway—no broader strategic raison d’etre beyond what it’s always done, which is delivering electrons to consumers.

MORE ABOUT HYDRO ONE: