Michelle Rempel: Celebrities won’t save us on the merit of their celebrity alone. Good leadership requires real humility. 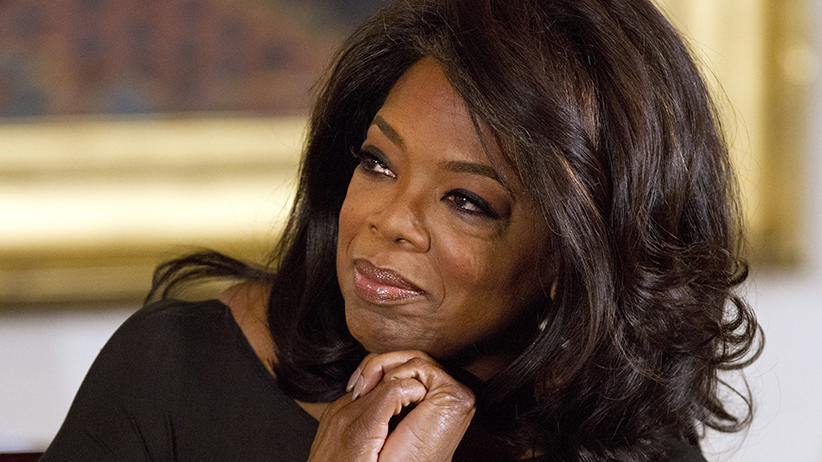 Oprah Winfrey listens in the East Room of the White House in Washington, during a ceremony where President Barack Obama awarded Presidential Medals of Freedom. (AP Photo/Jacquelyn Martin, File)

This week, the prospect of an Oprah Winfrey presidential candidacy sparked a discussion about whether or not celebrities are automatically qualified to lead a government, on the basis of their celebrity alone.

Praise the heavens. This dialogue is sorely needed, and not just in the United States. It affects us here too.

So what does make someone qualified to lead a government, anyway?

READ MORE: Asking if Oprah will run for president is the wrong question

Today, if you found yourself in the back room of any political party in Canada, you’d probably hear political strategists talking about “raising brand recognition” as an end metric in any advertising effort or announcement involving their leader.

Sadly, this is one of the lenses that are used to evaluate policy decisions, too. Hyper-partisanship—blind loyalty or loathing of a party or a person—now can feel like a virtual requirement for politicos to drive a message. The same could be said for sensational outrage or facile talking points.

Any strategist of any political stripe who tells you otherwise is a liar.

So how did we arrive at this place?

First, the size and scope of government in Canada exponentially expanded around the time of the world wars. Since then, for better and worse, government has grown to touch virtually every aspect of a Canadian’s life.

My generation has grown up in a system in which government is so ubiquitous that many of us rarely think to question the role of government. We’ve developed a tendency to default to accepting the existence of the state across every area of our lives, and to look to the state as the solution to most public-policy issues.

This has led to a widening gulf between the size of the government and our individual ability and desire to scrutinize every aspect of it, and in turn, to scrutinize the people who we entrust with leading it.

RELATED: What are the odds of Oprah Winfrey becoming U.S. president?

This precipitates the next problem. If we don’t actively examine the role and efficacy of government, then how can we reasonably assess what skills are needed to lead our government and represent our interests before we cast our vote? How do we know which candidate best meets these criteria? Are they seeking power for power’s sake, or do they plan on doing something with that power? If so, what, and what long-term impact will that have on our country?

Compounding the problem of our disconnect from the role and expansion of government is that social media and digital communications have fundamentally changed the way we consume information. The news cycle went from hours to seconds in a few short years. We tend to reward politicians and journalists who are out first on an issue with retweets, views, and votes. This can encourage rote responses or sensationalism as opposed to the measured thought that comes from taking the time to analyze, consult, or negotiate a position. From there, the dialogue too often moves to ad hominem attacks or oversimplified bandwagon defence.

This phenomenon does not encourage smart, non-populist policy development.

At the same time, our economy and the broader global community is experiencing significant changes. Some labour and service jobs are being automated, and the sharing economy, the internet of things, and government regulations are moving some professions into major operational change, obsolescence or unprofitability. Extremism, corruption, conflict and climate factors have precipitated one of the most severe global migration crises in history. People are on the move, and some types of jobs are becoming scarce. We are all looking for answers to address these challenges.

In doing so, it’s very easy to look outward for easy hope.

Enter our hunger for the celebrity leader, whose family dynasty, talk show, sports career, or whatever else, gives us familiarity with them. They can instantly become a trusted hero in our darkest hour. It’s their smiling face or forcefulness that allows us to hand over our collective responsibility for addressing the challenges of our time to the strength of their celebrity brand.

In reality, it takes an entirely different skill set to effect political change. Good public policy requires listening to the community to create and receive license for new ideas. It requires unique skills to draft ideas into law, and negotiate with other legislators to pass those proposed laws through a legislature. It then requires the exertion of will upon the inertia of bureaucracy to implement them. These are learned skills that benefit from experience in office.

That said, I understand our disillusionment with the political class. Those who gain experience in office can develop a tendency to think that experience entitles them to power. In reality, entitlement equates to death in terms of ability to achieve license to effect change.

This is why humility is probably the most important attribute an elected official can have. Affecting positive change as an elected official requires listening to people who don’t share your worldview and who question your dogma in order to understand what public-policy challenges your community is facing, and what to stand for. It takes humility in understanding that you’re not above having to explain your decisions to the public, nor above having to make unpopular decisions.

It takes humility to understand that your job is not about your ego or the expansion of your brand, but about the community of people who pay your salary to make the world better for them.

Beyond lack of skill in a legislature, this is why it’s dangerous to rely on celebrities for their celebrity alone, to effect change. It’s difficult to humble yourself when your brand gives you recognition, or makes people feel they have something to gain by stroking your ego. Fame and power make it easy to sit in an echo chamber.

I’ll be the first to admit that I have not been perfect on these fronts. As do many of my colleagues, I try to learn from the political leaders I’ve admired the most, leaders from across the spectrum who were uniformly humble and did not seek power for their own gain. Some were rich and powerful before coming into office, most weren’t. All of them made good public policy their goal.

All of this isn’t to say someone who is a celebrity isn’t qualified to lead government. Rather, from anyone seeking office, celebrity or not, we should ask them what their vision is, and question whether or not they have the skills needed to implement it. We then need to hold them accountable for the same.

In the end, we as the electorate get what we ask for. If we fail to scrutinize the role and efficacy of government before we vote, positive change doesn’t happen. If we reward sensationalism, likeability, and celebrity over humility and ability to affect positive change, then that is the style of government we will get. If we fail to identify and understand what policy challenges are facing our community, our candidates for office will do it for us and change will never occur. If we fail to insist that our elected officials are humble with the receipt of power, then abuses will occur.

Celebrities won’t save us on the merit of their celebrity alone.

Each of us owning our own responsibility to actively engage in the political process will.