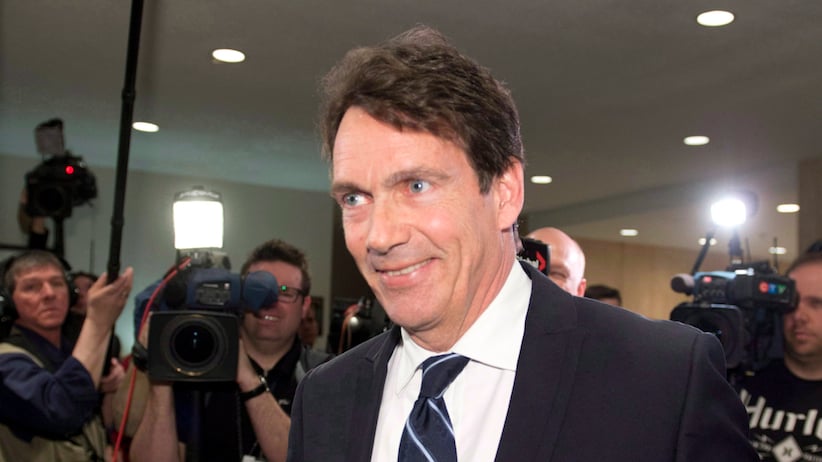 QUEBEC – Quebecers shouldn’t have any illusions that Ottawa would want to participate in negotiating terms of a third referendum, Parti Quebecois Leader Pierre-Karl Peladeau says.

But with or without Ottawa’s help, the question on the ballot would be “clear and concise,” Peladeau told The Canadian Press on the eve of the second Quebec referendum, held twenty years ago Friday.

“It’s rather unrealistic,” Peladeau said about Ottawa willingly sitting down with a future PQ government to negotiate a potential referendum question or rules governing campaigning.

It would be desirable for a sovereigntist provincial government and federal politicians to agree on a set of referendum rules, Peladeau added, citing as an example the United Kingdom and Scotland before the 2014 referendum in that country.

Despite relative low support for independence in Quebec and recent poor election results for sovereigntist parties at both the provincial and federal level, Peladeau said he is already thinking about the next referendum question.

A possible question could read: “Should Quebec be an independent country?” Peladeau said.

And the way to convince Quebecers to get on board with the project will be through economic arguments, he added.

Quebecers need to have “the tools, the means and the competencies to enrich themselves even more,” he said, adding he can’t wait to see the future state “participate in the community of nations.”

Peladeau also confirmed his refusal to hold what’s known in Quebec as a “referendum election,” where a party runs an election campaign centered on a promise to hold a independence vote during its mandate.

The PQ leader said public consultations would be held before another referendum so “there is no doubt, no question, on the desire of Quebecers to head in this direction.”

Sovereigntists lost both prior referendums in Quebec, in 1980 and 1995.