Premier to Ford Nation: You voted for this, and eventually we'll tell you what 'this' is

Paul Wells: While Ford's scheme to trim Toronto city council won't necessarily hurt him in the short-term, his immunity may not last 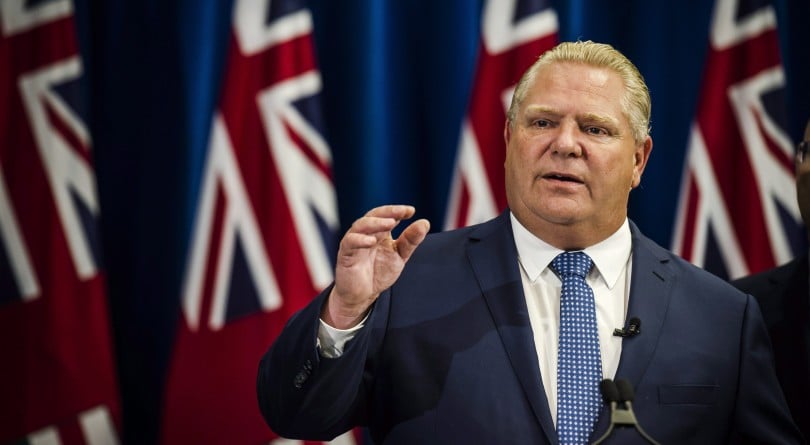 A few quick thoughts about Doug Ford’s plan to cut the number of Toronto city councillors from 47 to 25 and cancel regional chair elections in a bunch of places that all sound like that picture in your head of the typical Ontario community:

1. He didn’t run on any of this, but if he had he would almost certainly have won anyway. You can imagine the way it would have played out during the campaign.

Ford: “I’m going to cut the number of Toronto councillors in half and cancel regional chair elections in Peel and York.”

[Cut to footage of victorious Ford on election night]

2. Imagine Jimmy Kimmel asking pedestrians on some street in Peterborough how many people there are on Toronto Council, and how many there should be. Very few would answer “47!” and “Definitely not 25!” For a very large number of Ontarians, the debate Ford has kicked off (or rather, the debate he is trying to foreclose, but which he’s going to get anyway) is very distant from their daily preoccupations. On a lot of issues, governments can often basically do what they want.

READ: How Doug Ford could help us get electoral reform

3. But, you say, Ford has no mandate! He didn’t campaign on this, and on the stuff he did campaign on, 70 per cent of Torontonians (a figure I got from Twitter, which may even be accurate) voted against him. To which I respond: that’s not the way it works. He’s the premier of Ontario. Justin Trudeau didn’t get the vote of 75 per cent of Albertans, but he still gets to make decisions about pipelines and carbon taxes.

This kind of reasoning has led to some normally level-headed people to advocate Toronto’s secession from Ontario, to which I answer: go back to my point two, above, and let me know how you do.

4. Toronto mayor John Tory wants a referendum on these changes. We should always be careful what we wish for. I’ll be surprised if a referendum is feasible, but if it were, the answer to the question, “Would you like there to be fewer politicians?” is hard to predict.

Now, don’t get me wrong: The scheme Ford unveiled on Friday morning seems poorly considered and is obviously so ambitious he should have mentioned it, in public, in front of people, during his recent campaign for the mandate he is now claiming to exercise. But a thing can be an outrage without also being a certain cause of short-term political difficulty for the person who does it.

In Stephen Harper’s entourage for much of a decade in Ottawa, such events were called “process stories.” Harper would do something — call an election earlier than the date implied by his own fixed-election-date legislation, for instance — and I would write huffy columns, and many colleagues would also write huffy columns, and a law professor at the University of Ottawa would write an outraged op-ed, and then Harper would get re-elected anyway. When this sort of thing happens often enough, it confers a feeling of invulnerability on its author.

Except there’s this: The Harper veterans who now form one of the factions of Doug Ford’s governing coalition seem simply to have deleted from their memories the unpleasant last 18 months of their adventure, when Harper’s electoral career ended over a bunch of stories they were busily dismissing, at the time, as process stories.

The short-term immunity conferred by voters’ lack of interest in the elite-endorsed rules and procedures doesn’t last forever. If Ford’s bold moves trail endless lawsuits behind them, he won’t look so bold after a while. If a trimmer Toronto Council magically still disagrees on big issues — and nobody should be shocked if that happens — his cure for politics won’t seem like a cure. If his refusal to tailor his own schedule to others’ timetables, by fiddling with elected positions while the campaigns to fill them are underway, leads others to ignore his own preferred timetables, he’ll discover it’s no fun when that happens.

For now, reaction to Ford’s move is easy to predict if you know whether a given observer supported his election in the first place. If you never liked him, you’ll say this is an outrage. If you always did, you’ll say it’s proof he’s the kind of drain-the-swamp maker of tough decisions that tough times demand. It’s only over time that those entrenched opinions change. Ford will hope that people who used to think he’s a lout will decide he’s simply a different kind of great Ontario premier. What he needs to worry about is that the same process can also work in the other direction.