When the Conservatives killed the long-form census in 2010, it appalled researchers and others who relied on the data for their work, and questions about the move dogged the government in question period. But when Canadians went to the polls a year later, the census didn’t prove to be an issue that registered with voters.

AS DATA VANISH, SO DOES CANADA

Five years after eliminating the long-form questionnaire, researchers have the first set of data collected using the replacement national householder survey. And it’s not pretty. As Anne Kingston reports for Maclean’s, moving to a voluntary, shorter questionnaire “added $22 million to the cost of the 2011 census [and] the response rate dropped from 94 per cent in 2006 to 69 per cent, which makes the data totally unreliable.” But that’s not the only move that is hurting Canada’s ability to study itself and understand its history: the Conservatives also closed 200 scientific research institutions, deleted reams of publicly funded data and reports from government websites and gutted departmental libraries.

All of this comes on top of the much-reported weakening of federal Access to Information processes. Canadians can request information from more departments, agencies and Crown corporations than ever before, but more strictly applied exemptions and slower processing times make a lot of it useless.

Conservative:  When it first took office in 2006, the party expanded Access to Information laws to include 50 more Crown corporations and agencies, and recently set up some departments to accept requests online rather than through the mail. The Conservatives also started an Open Data initiative, which offers government data sets to the public. The top 1o most downloaded data sets in July, the most recently published month, include tender notices, federal employee contact information and the 2011 national occupational classification, a list of types of work performed compiled by Statistics Canada— based on the flawed national household survey).

A party spokesman says cabinet ministers are the primary spokespeople for government departments, but that government scientists and experts are “readily available to share their research with the media and the public.” He pointed Maclean’s to Statistics Canada’s assertion that the national household survey yielded “high quality” data covering 97 per cent of the Canadian population. (Numerous experts from Canada and around the world interviewed by Kingston disagreed with that.)

—The Conservatives haven’t so far released any pledges regarding the census, access to information or government science.

NDP: In the last Parliament, New Democrat MPs tabled measures to free government scientists to speak publicly, and has reiterated that promise in its platform. The NDP is also promising to establish an independent science officer.

—Create a scientific advisory council to the prime minister, headed by a chief science advisor.

—”Re-establish” the scientific capacity the NDP says government has lost at Environment Canada and the Department of Fisheries and Oceans.

Liberal: The Liberals would bring back the mandatory long-form census, make all Access to Information requests free and revoke rules that limit what government scientists can say publicly. The party promises to make “open by default” its guiding principle.

—Consolidate government science in a central portal, create a chief science officer to ensure information is freely available and scientists are able to speak freely about their work, and make Statistics Canada independent with a mandate to collect data. Include the Prime Minister’s Office and cabinet minister’s offices under access to Information laws (they are currently excluded).

Green: The Green party devotes part of its platform to science, including a pledge to bring back the mandatory long-form census, and promises to overhaul Access to Information and privacy laws.

—Enact “public access to science legislation” to ensure scientists are free to publicly discuss their findings without censorship or political interference and ensure all government-funded scientific research is publicly accessible. Rebuild the public scientific capacity lost during the past decade by providing $75 million a year to Environment Canada, Health Canada, Parks Canada and Fisheries and Oceans. 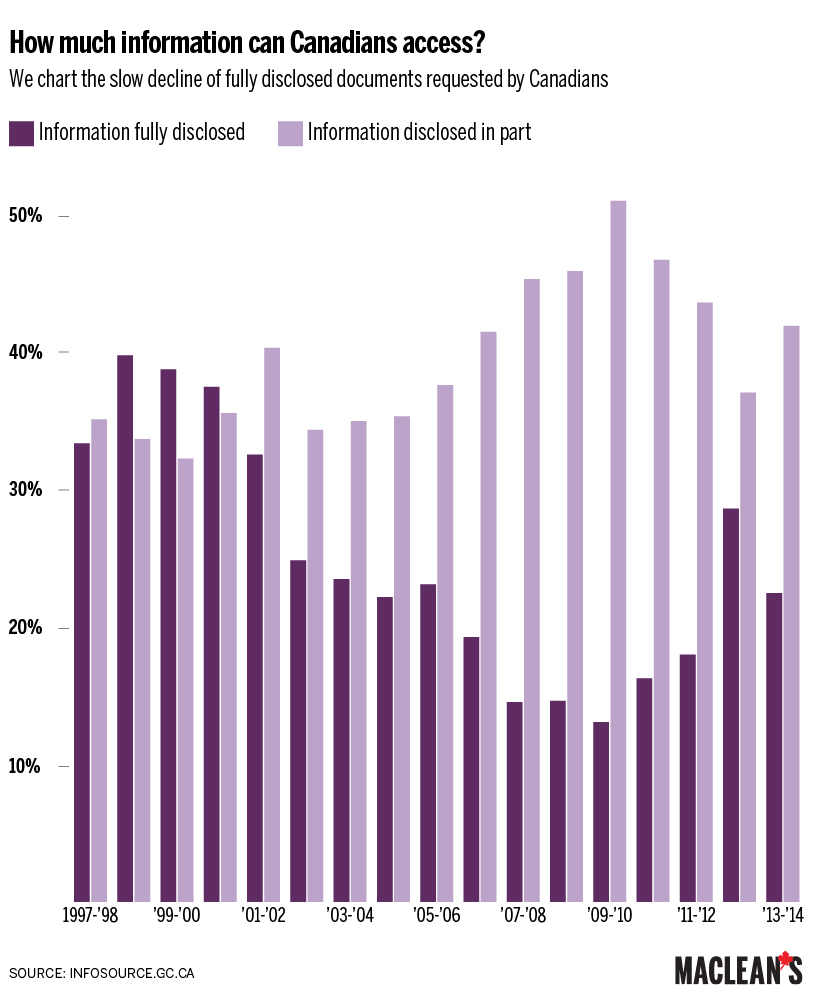 “You have a government that’s claiming to be patriotic about the past and Canada’s distinctive place in the world, yet we’re not celebrating the vastness of the Canadian experience in the same way so many other countries are—not only in terms of our military record but the writers, the poets, the journal writers, the diarists for working-class St. John and the Northwest Territories and people in residential schools—for both the good and the bad.”