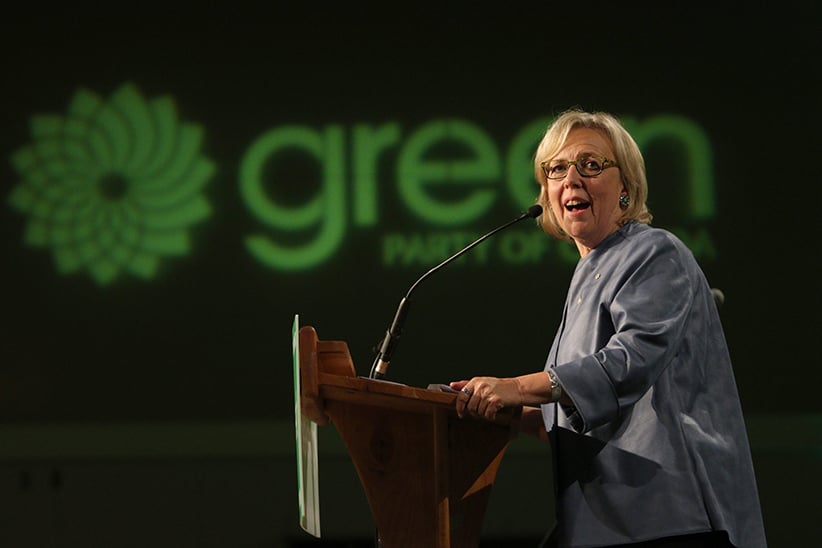 OTTAWA — It would be a “great blow” to the Green party if Elizabeth May decides to walk away as leader, one of its deputies said Sunday.

Daniel Green, a Quebec environmentalist who joined the party specifically because May asked him to, said he is hopeful the leader will be convinced to stick with the Greens as they attempt to close a policy divide exposed at a convention in Ottawa this month.

“If she was in front of me now, what I would tell her is ‘give us a chance to try to resolve this issue,”’ Green told The Canadian Press.

“Elizabeth is the figure head, is the heart and soul of the Green Party of Canada.”

May, who has been on vacation in Nova Scotia, was expected to discuss her future Sunday night during a scheduled teleconference with members of the party’s federal council.

She was not expected to speak publicly immediately afterward.

May has been debating whether she wants to keep her position after the Greens passed a controversial resolution supporting a movement boycotting Israel — Boycott, Divestment and Sanctions (BDS) — which Parliament voted to reject in February.

The decision was quickly denounced by some Jewish groups and it also caused fierce debate inside the Green party.

There is no doubt that May has been personally “heartbroken” following the convention, Green said.

If May decides to stay on, the party will have to review the way it makes its policy decisions, Green added.

“We are going to have to make sure that we have full debate on policies before they are adopted to avoid the same thing with BDS,” he said.

The party continues to support a two-state solution to the Israel-Palestine conflict that addresses the security, economic and religious concerns of both sides.

Following the convention, May told The Canadian Press one option could be holding a special meeting of all members to have another look at the resolution.

The only other chance to revisit the resolution – which May strongly opposes — would be the party’s next meeting in 2018 or at a leadership convention if she opts to step down.

Regardless of whether she remains leader, May said she still plans to run in 2019.

“My constituency is my top priority,” she said.

May is the only elected Green MP in the House of Commons, representing the B.C. riding of Saanich-Gulf Islands.

The party is hopeful electoral reform efforts could eventually result in more seats.

—with files from Jim Bronskill

FILED UNDER: Elizabeth May green party of canada