When it comes to Elizabeth May's successor, the Green Party is spoiled for choice

The bounty of leadership candidates (eight in total, including an ER physician, a former mayor and several lawyers) is a sign of the Greens’ ‘optimistic’ future 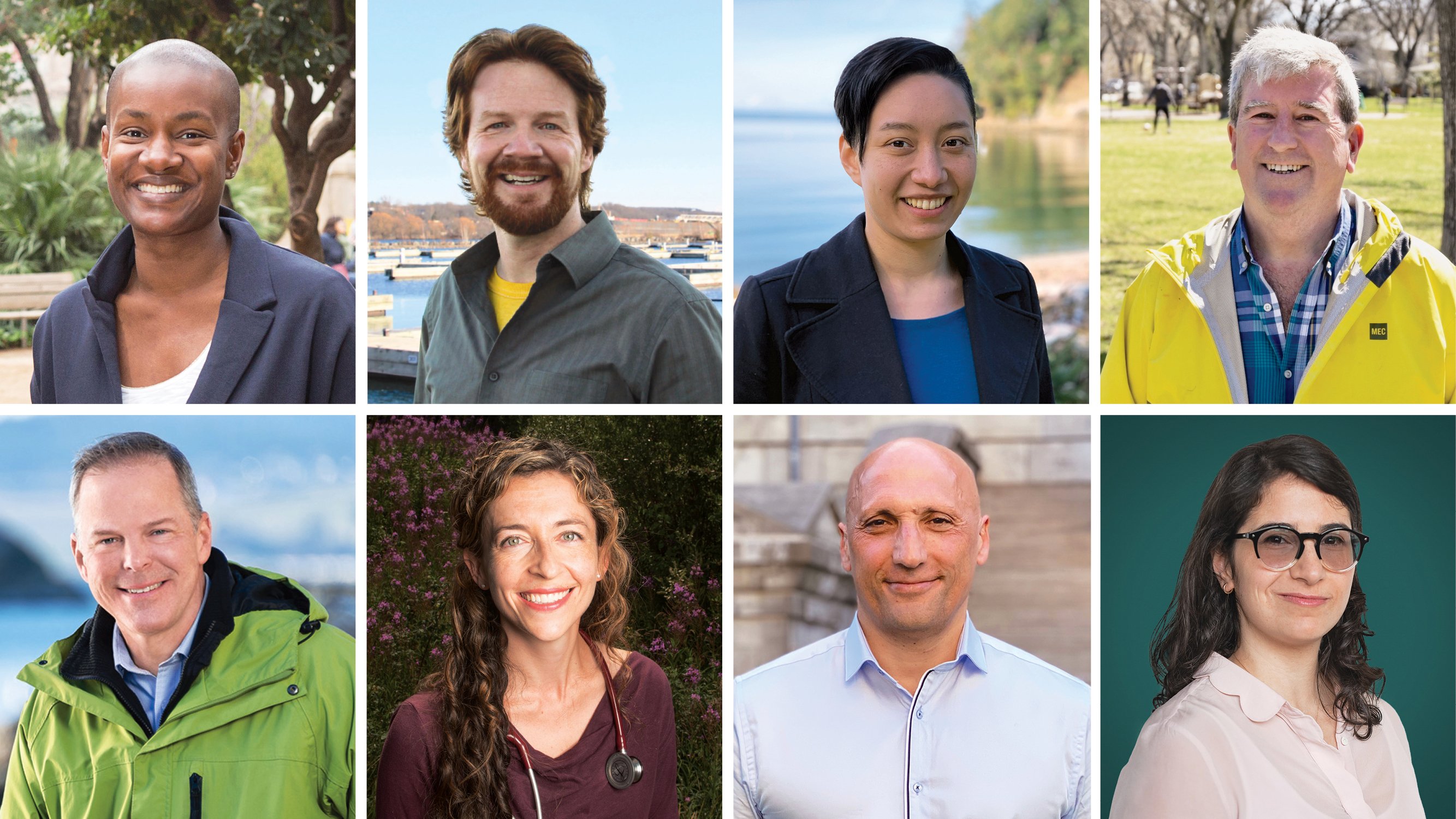 An emergency physician, an astrophysicist, a former mayor and several lawyers walk into a bar. Actually, it being a pandemic, they sign on to the same Zoom meeting. For a debate over who among them should lead the Green Party of Canada.

The bench strength of the eight contenders vying for the position should embarrass the Conservative party after its own recent contest, says the woman who held the job for 14 years. “Which party looks like it’s more optimistic about the future?” posits Elizabeth May.

She leaves big shoes to fill and a diverse, if small, party base hotly debating which direction will best suit the party’s electoral prospects.

Should the next leader follow in May’s footsteps and inch toward a bigger coalition of Canadians—including people on the centre-right—dissatisfied by other political parties and their top-down approaches to building policy? Or should the person at the helm seek to make the party more overtly “eco-socialist,” a natural home for the country’s dispirited progressives?

It will be a “tall order” to unite the party’s factions behind a single candidate, says interim leader Jo-Ann Roberts, who jokes she is trying to be a “palate cleanser” between May and her successor. “It’s a very grassroots party. It is one member, one vote, and that does make it a challenge,” she says. “In our party, the leader doesn’t have enough power to say, ‘You will do it my way.’ ”

With no polling to rely on, campaigns are looking at fundraising numbers, social media engagement and new members’ self-reported voting intentions to glean their popularity. Those metrics offer an incomplete picture.

Far and away the best performer on fundraising is Toronto lawyer Annamie Paul, who alongside Vancouver Island’s David Merner—a former Liberal and strong contender for the Greens in the last federal election—is considered a “mainstream” front-runner, according to an insider familiar with the race.

A Black, Jewish woman and second-generation immigrant, Paul has a Princeton education, international lawyerly experience, fluency in French and a history of fighting for diversity in politics. “Electing me is an immediate conversation starter, you know?” she says. “It’s a really clear, intentional way for the Green party to say, ‘We’re presenting something different, we’re injecting something different into politics.’ ”

Her fundraising strength comes in part from a “tour” (also on Zoom) with Elizabeth May, whose influence remains important to party ranks and who built, as Paul puts it, “a platform that’s large enough now that it can actually withstand the weight of more than one person.” May is not formally endorsing a candidate, but says she did events with “equity-seeking” contestants to help them onto a level playing field. It’s an explanation other campaigns have quibbled with.

That the membership’s money was hoovered up by that early tour made the race more challenging for its most recognizable candidate, who launched his candidacy a little later. Another former Liberal, Glen Murray—Canada’s first openly gay mayor of a major city (Winnipeg) and later the environment minister in Kathleen Wynne’s Ontario government, among other roles—brought your correspondent through a laundry list of reasons why his political, environmental and business chops give him a “unique value proposition.”

Criticizing the party’s most progressive wing for being antagonistic toward the private sector, Murray (fourth in total fundraising) proposes a consensus-building approach based on values, such as addressing climate change and ending poverty, that a broad spectrum of Canadians can get behind.

READ: The Green Party after Elizabeth May

But some members are skeptical about whether Murray is just in it to add to his lengthy CV, says the insider. Among younger Greens, candidates such as astrophysicist Amita Kuttner and anti-capitalist lawyer Dimitri Lascaris—whose second-overall fundraising numbers stack up nicely against Paul’s for the month of August—are getting a more energetic response.

Lascaris cuts a controversial figure in the party, having participated in public squabbles over the party’s policy advocating boycott and sanctions against Israel (which he strongly supports) and having been criticized by Prime Minister Justin Trudeau for accusing Liberal MPs of being more committed to Israel than their duties as Canadian legislators.

For reasons they are not sharing publicly, the Green leadership committee originally barred Lascaris from running for leader. They overturned the decision on appeal, figuring members could be trusted to make up their own minds, Roberts says.

Like fellow candidate Meryam Haddad, an immigration lawyer in Montreal, Lascaris would pull the party away from a “centrist orientation” that he says has meant only modest gains over the past decade. “Our core values are fundamentally progressive,” he says. “Social justice, non-violence, respect for diversity, participatory democracy: this is the core of what a left-wing agenda looks like. If we’re going to be true to our principles and also adopt a smart, effective electoral strategy, that’s the way we would orient our party.”

Rounding out the field are Ottawa lawyer Andrew West, a small business owner who identifies more with the moderate crowd; and Courtney Howard, an emergency doctor in the Northwest Territories who has emerged as a serious contender despite having essentially no political experience—as of Sept. 1, she comes in third in fundraising.

It is no longer a fringe notion to debate guaranteed livable income, as the Green party has long put it, or universal basic income, as it has been more recently promoted by New Democrats. If leadership candidates are united in one thing, it’s their belief that Canadians—many of them disenchanted by their political options, especially a flailing NDP—will be open to other Green ideas, too, as a minority Parliament debates a post-pandemic economy.

The party’s next leader will have to seize that opportunity and simultaneously please an eclectic membership that is rather conflicted about how they should seize it. The party’s 30,000 voting members, up from 20,000 at the beginning of the race, will bestow that weighty job upon one of these Zoom debaters on Oct. 3. And it’s anyone’s game.

This article appears in print in the October 2020 issue of Maclean’s magazine with the headline, “Spoiled for choice.” Subscribe to the monthly print magazine here.