Politics Insider for Nov. 16, 2021: Opponents move against Kenney and O'Toole; Alberta has a child-care plan; and Harper launches an investment fund 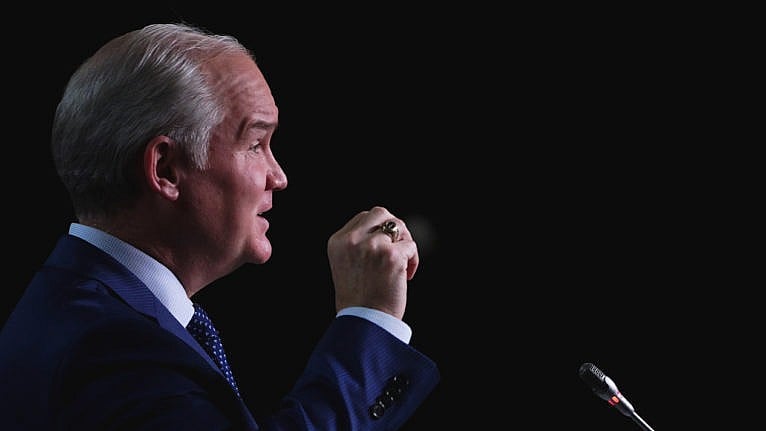 Determined internal opponents moved against both Erin O’Toole and Jason Kenney on Monday, putting both politicians’ continued leadership in doubt.

Global’s Alex Boutilier reports that an anti-O’Toole petition launched Monday by Sen. Denise Batters is not a standalone gesture, but will be part of a “campaign that includes MPs and senators, as well as current and former party officials.”

“This is part of multi-step campaign. This will unfold over the next three months, really over the next six months,” said one Conservative MP, who agreed to speak to Global News on the condition they not be named. A second source corroborated the MP’s account. Both sources said Conservative activists are expected to publicly endorse the petition in the near future.

The anonymous MP said “significant number of caucus members as well as both past and current riding presidents, and riding officials across the country as well as former national councillors,” have signed on to the attempt to get rid of the leader.

The dissatisfied local executives argued in a letter to UCP president Ryan Becker that because at least one quarter of associations passed the motion, they cleared the threshold necessary for the party to respond to their demands. The motion calls for a special general meeting, where members could vote in the leadership review remotely. Alberta Premier Jason Kenney quelled a caucus uprising in September by agreeing to a leadership review in April; that vote will take place at an earlier-than-expected annual meeting, meaning members must be present to cast a ballot.

“We are asking – even demanding – that it be one member, one vote. Not just people who can appear at the meeting,” Samantha Steinke, the constituency association president for Central Peace-Notley, told reporters.

Child care deal: On the same day that a significant chunk of his party launched a leadership challenge, Kenney appeared with Justin Trudeau for an announcement of a child-care deal, the Edmonton Journal reports.

Good day for JT: In the Star, Susan Delacourt ponders the events of the day and notes that Trudeau is looking good, at least compared to O’Toole and Kenney, who, she reminds us, are allies.

Just days before the election in September, Kenney emerged with the reintroduction of strict COVID-19 protocols in Alberta, to stem a surge caused by easing up too soon in the summer. Within minutes, Trudeau’s Liberals were delightedly reissuing a video clip of O’Toole praising Kenney’s COVID-19 management. O’Toole promptly went to ground, stopped doing media interviews, and the rest, as they say, is history. So for good or ill, these two Conservative leaders’ fates do seem to rise and fall in tandem, and Monday was another instalment in the saga — on the downward slope. It does raise the question, though, of what has soured Conservatives on two politicians once deemed saviours of the party, in their own ways and together.

Doomed: In the Hill Times, Michael Harris is writing off O’Toole.

That is the deep failure of Erin O’Toole’s leadership. It is one thing to go down fighting the good fight for your beliefs. You pick yourself up, dust yourself off, and await the next fray. You still have your beliefs intact. It is a very different thing to unilaterally exchange core Conservative positions for a more progressive agenda, as O’Toole did in the last election, all because you believe it is the secret sauce for winning. That leaves the base confused. If you lose, as the CPC did, the confusion eventually turns to anger. At the heart of the anger is the suspicion that it was because you abandoned conservative values that you lost.

Staring down this dilemma, O’Toole acted with a controlled, calm authority that once again demonstrated his mastery of his role. It speaks volumes that most of his response played out behind the scenes, with the leader stepping in publicly just enough to make his views known. No grandstanding, just a firm and sincere condemnation of vaccine skepticism and an even firmer signal that it has no place in his shadow cabinet. What’s more, the response was both clever and wise enough to avoid affording any further oxygen to his potential leadership challengers.

Partisan clerk? The Conservatives and the NDP are calling on the Liberal government to release email and text messages between the party and Commons Clerk Charles Robert, who is accused of acting as a Liberal partisan, CBC reports.

CBC News reported last week that Robert is facing claims that he made partisan comments and shared confidential information with the Liberals that could have given the party a strategic advantage over the opposition in the House. The Conservatives’ deputy leader, Candice Bergen, called the allegations “deeply concerning.”

Vision One plans to bet on undervalued mid-sized public companies and to try to create value through governance improvements and other changes, said the person. The firm will focus on companies with market values of US$2 billion to US$10 billion, especially in the industrial and consumer sectors, the person said. Mather and Harper didn’t immediately respond to requests for comment.

Icahn was an advisor to Donald Trump until he resigned amid a high-profile New Yorker investigation.
— Stephen Maher