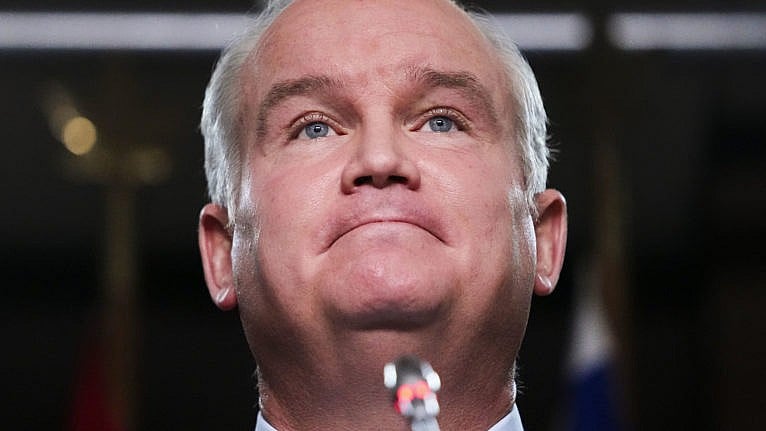 Erin O’Toole chastised CPC MPs on Monday for spreading confusion about vaccination, CP reports. He was responding, in part, comments from Marilyn Gladu, who said COVID didn’t pose the same “frequency of risk” as polio.

“There’s a big difference between advocating for your constituents who may need reasonable accommodation,” said O’Toole. “It’s very different to cause confusion with respect to the health and well-being of Canadians. Ms. Gladu’s interview did that yesterday and it’s not appropriate at a time we should be answering questions about vaccine hesitancy, not creating new questions.”

He also pointed to comments from Leslyn Lewis and Dean Allison as problematic: “It’s a great example of why members of Parliament, of all stripes, should let the professionals, let the public health officials, let the physicians answer questions about efficacy of vaccines or provincial programs on vaccination.”

O’Toole has declined to say how many of his MPs have are not vaccinated. The story overshadowed his attack on Trudeau for considering a governing arrangement with the NDP.

Trudeau attacks: Justin Trudeau, presiding over his party’s first caucus meeting since the election, attacked CPC vaccination confusion, but did not mention the talks with the NDP around a potential governing deal.

O’Toole warned that any such deal be bad for the economy: “This coalition will create billions in news spending that will further drive up inflation even more. And this coalition will mean that Jagmeet Singh will be able to push an even more radical agenda that will threaten the livelihood of millions of Canadians.”

Caucus divided: La Presse canadienne surveys MPs and finds no consensus on the desirability of such a deal.

Not easy: In the Globe, Campbell Clark gets to the heart of the matter: It would not be easy to agree on the limits of a supply agreement, since governments may rely on confidence votes to unjam Parliamentary logjams.

So while the Liberals and NDP might be able to get their heads around the idea of co-operation, and come up with a legislative agenda, they would still have to work out those things – because they cut to the bottom line of a parliamentary deal. Such an arrangement would typically require the NDP to pledge support on key confidence matters such as budgets, but if the New Democrats renounce all rights to vote non-confidence, the Liberals would be able to stymie many of Parliament’s demands.

Not so hard: John Ivison writes in the Post that Trudeau has it easy, given his opponents.

What about the MPs? Susan Delacourt writes in the Star that Trudeau should pay more attention to his caucus.

Mairesse réélue: Valérie Plante was re-elected as mayor of Montreal on Sunday night, decisively defeating Denis Coderre for the second time, winning a mandate to continue in her green, progressive ways. In the Gazette, Alison Hanes explains why she keeps winning. In La Presse, Patrick Lagacé explains why Coderre keeps losing.
Pas impressionné: Chrystia Freeland joined in the chorus Monday of those disappointed in the linguistic shortcomings of Air Canada CEO Michael Rousseau, the Globe reports.  Freeland wrote to Air Canada’s chairman on Monday to say that learning to speak French should become part of Rousseau’s performance review.

Not so trusted: François-Philippe Champagne told CP Monday that Canada only wants to deal with “trusted partners” in AI, a  signal that the Canadian rejection of Chinese telecommunications giant Huawei as a 5G provider is at hand.

Brilliant campaign: Steve Allan, who ran the Alberta public inquiry into the funding of environmentalists, has given a surprising interview to the Globe in which he says his report should be a wake-up call for the province’s government and oil sector.

Inflation threat: In the Post, Kelly McParland worries that Canada’s leaders are too young to understand the dangers of runaway inflation.

Wrong priority? Canadian officials who met with members of a Ukrainian battalion linked to neo-Nazis didn’t denounce the unit, but were instead concerned the media would expose details of the get-together, according to documents cited by David Pugliese in the Citizen.

Too deferential: In the Hill Times, Susan Riley casts a cold eye on politicians who are falling over themselves to back away from showdowns with unjabbed health workers.