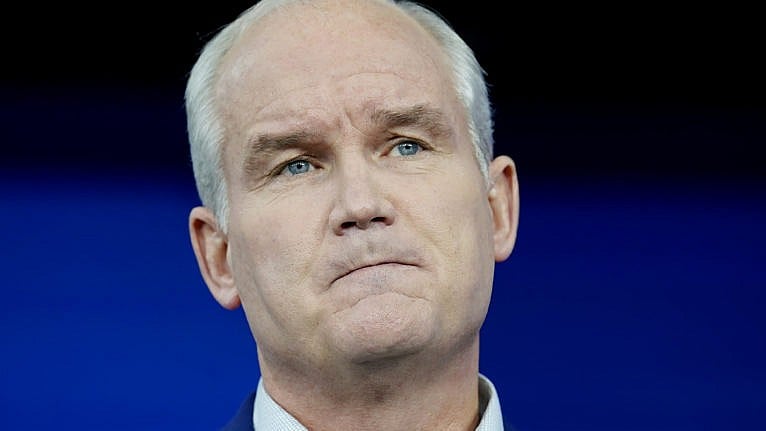 O’Toole faces his MPs: Conservative MPs will gather today for their first caucus meeting since the recent election, which ought to give everyone a better sense of Erin O’Toole’s immediate future. One big item on their agenda — and what a pity it will happen behind closed doors — is the vote over the Reform Act, which the caucus could use, theoretically, to defenestrate their leader. CTV has the story.

Whining and dining: The Star‘s Stephanie Levitz surveys opinion in the caucus and finds no incipient revolt, but some grumbling.

Meanwhile, as caucus gets briefed Tuesday, O’Toole’s campaign team will be doing a post-election briefing for members of the Albany Club, where the perceived power brokers of the Conservative movement like to wine, whine and dine. A fear that the party is becoming more beholden to the members of that club than its own grassroots is an issue that’s rankled for months, and some say reflects the fact O’Toole never spent much time on the party’s backbench.

So sorry: There is a some interesting commentary on the prime minister’s whereabouts on the weekend, beginning with a funny column from Maclean’s own Marie Danielle Smith imagining Trudeau’s ultimate apology.

I’m sorry I created a federal holiday for reconciliation then went and spent part of it vacationing. I’m sorry I didn’t go to Kelowna instead. I’m sorry my itinerary said I would be in “private meetings” in Ottawa and didn’t mention my flight to Tofino. I’m especially sorry this sojourn attracted national attention. Because—cough-fishwrap-cough—we should all have been focusing on reconciliation. So what I’m sorry about, most of all, is that you seized on my trip rather than spending the day in quiet reflection. The thing is, I keep saying “sorry” over and over and over. But what makes me feel the sorriest is how my apologies never seem to satisfy you. Even when I use all the right words.

Non-negotiable: In the Post, Colby Cosh has an interesting rumination on how we think about politicians and elections. He, too, imagines what Trudeau might say to voters, if he were to be honest.

“I was in an awkward position because I promised my unfortunate wife and my blameless children that we would have a getaway as soon as the very rigorous and exhausting election campaign was over. We didn’t see the problem with the timing soon enough, and, as you can imagine, I have long since depleted the store of excuses that even a prime minister can offer to his family. This one was non-negotiable, and I’m confident that every husband will understand my situation.”

Jaw-dropping vacuum: At CTV, Don Martin writes that the prime minister’s absence from reconciliation ceremonies suggests not all is well in his operation.

Such a jaw-dropping vacuum of common political sense at the top of this government’s sprawling-staff pyramid can only be caused by one of three things. Either his advisers have all come down with a third-term case of scheduling blindness and communications incompetence. Or the prime minister was warned about the brutal optics of flying directly over residential school burial sites to reach some prime surfing beaches – and opted to ignore them anyway. Or his staff are too scared to red flag even the most jarring oversight on a super-sensitive file that already requires every word in every statement to be vetted by a dozen bureaucrats.

What happened? In Maclean’s, Justin Ling has a revealing piece looking at an election study based on focus groups, which show that the Liberals’ election promises struck voters as insufficiently concrete, which suggests they were in trouble in the campaign.

One of the most insightful takeaways from the consultants’ study was around affordability—particularly a hot, increasingly inaccessible, housing market and spiking gas prices. “The major party platforms nibbled around the edges of the basket, but with no leader successfully addressing this issue head-on, the electorate chose to reward none of them,” they warned. Affordability and inequality have crashed together in a particularly poignant way during the pandemic. As one small-business-owner voter explained: “We’re the hardest hit. And when you look at how ridiculous a lot of the restrictions were, like your basic mom and pop shops closed down and Walmart, or Costco or stayed open.”

Close to majority: In the Hill Times, Abbas Ranna crunches the numbers and looks at how the Liberals could have won a majority:

Prime Minister Justin Trudeau’s Liberals could have won a majority government in the Sept. 20 election if they had received 16,870 more votes spread across 11 ridings, according to an analysis by The Hill Times.

In-between person: In the Star, Jacques Gallant has an interesting profile of the first first openly Two-Spirit member of Parliament, the new NDP MP for for Edmonton Griesbach.

There’s a word in Cree — tastawiyiniwak — that Blake Desjarlais says best describes him. It means “the in-between people.” “I love that word because it helps to demonstrate how I operate and see myself,” said Desjarlais, 27. “I see myself between this terrible binary that’s been created — the Western world imposed this male/female binary, ‘this way or that way’ kind of mentality.”

Back on the job: Global has a disturbing story from Mercedes Stephenson and Rachel Gilmore revealing that a general who wrote a reference letter for a sex offender has been tasked with working on a number of reviews related to sexual misconduct within the Canadian Armed Forces.

Pallister out: Brian Pallister has resigned from the legislature five weeks after stepping down as premier, CP reports. Manitoba Tories choose a new leader Oct. 30.

No fines: It seems international travellers who wanted to avoid quarantining needed only to fly to Calgary, CBC reports, presumably since the government was so badly organized it couldn’t hand out fines.

Feds could mandate vaccination: Federal officials were told in the spring that the government could make it mandatory for all workers to receive the vaccine, CP’s Jordan Press reports. Although public health is under provincial jurisdiction, documents say the federal government could consider making vaccines “a national interest item.”

Jab them: In the Globe, Andre Picard makes a compelling argument that health care workers should be compelled to get jabbed.

MPs also: And the Hill Times argues that MPs need to be vaccinated.

22 per cent: A new poll shows Jason Kenney is so unpopular that he could be doomed, veteran Calgary Herald columnist Don Braid writes.