Politics Insider for Nov. 10, 2021: Some Conservatives get snubbed; Gladu apologizes; the Three Amigos may return 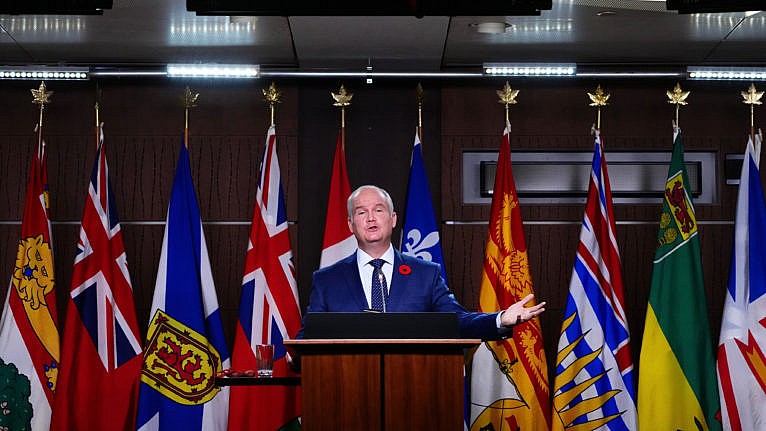 Conservative leader Erin O’Toole named his 46-member shadow cabinet on Tuesday, and there was a clear trend in who wasn’t invited to the party, as CBC’s John-Paul Tasker points out:

Newly elected MP and former Conservative leadership contender Leslyn Lewis, long-time MP Marilyn Gladu and Saskatchewan MP Rosemarie Falk have been left on the Conservative backbench without a prominent role in the next Parliament.

Lewis has criticized COVID-19 vaccinations for children. Gladu recently took on a role with a new “civil liberties” working group of parliamentarians concerned about vaccinate mandates. Falk has expressed opposition to what she has called “mandatory vaccinations.”

Gladu and Falk were previously members of O’Toole’s shadow cabinet; Mark Strahl, who wrote on social media recently that vaccine mandates are “discriminatory, coercive and must be opposed,” has also been bounced from his critic role.

Interestingly, while the new version of Justin Trudeau’s cabinet has (I am struggling not to use the word “mercifully” here) dropped the role of minister for middle class prosperity, previously held by Mona Fortier, O’Toole dubbed Pierre Poilievre shadow minister for both finance and that conceptual word salad.

Damage control: In what is almost certainly evidence that O’Toole is cracking down on the vaccine-resistant members of his caucus, Gladu issued a statement on Tuesday apologizing for remarks she made in an interview with CTV’s Question Period, in which she suggested that COVID-19 was less dangerous than polio and that there were “multiple sources” of valid data on the virus and vaccines.

“Upon reflection, I recognize how dangerous it is to share misinformation about the severity of COVID-19 and the safety and efficacy of vaccines. I retract these comments in full,” she wrote. “I apologize unreservedly to Canadians. I also apologize to my caucus colleagues and leader for the distraction my comments have created.” Gladu had earlier maintained that O’Toole “approved” of her little rogue caucus, and that she supports him as leader, both of which seem…unlikely in the real world?

Doomed: Don Martin lays out the messy risk Gladu & co. pose to O’Toole, and the obvious strategy behind O’Toole ragging the puck on answering pointed questions or potentially booting the vaccine-refusing and vaccine-questioning members of his caucus: “This is O’Toole playing for time with hopes the crazy caucus idea falls apart under pressure from common sense MPs who understand that having an anti-vaxx splinter in their midst will mean constant Commons condemnation from the Liberals, who smell a majority coming in the next election,” he wrote.

The NDP way: Our own Marie-Danielle Smith sat down for a—in the parlance of our kind—wide-ranging interview with NDP Leader Jagmeet Singh, and he had some interesting things to say about that Groundhog Day platform, the seeming leftward tilt of Canadian politics at the moment and why his party just can’t seem to break through in a big way.

It is hard to dream big. It’s hard to imagine a world outside of what you know. Liberal and Conservative, that’s kind of what folks have known, and it’s hard to break that cycle.
Are you getting tired?
[laughs] No, do I sound it?

This would be the first time the three leaders will formally meet in person since 2016 in Ottawa, which was just five years but also an entire lifetime ago, in a universe where the phrase “President Donald Trump” was nothing but a perverse fever dream and no one had ever heard of social distancing. That Ottawa trilat, of course, gave the world this weapons-grade cringe. May we suggest that you employ a stunt coordinator this time, gentlemen?