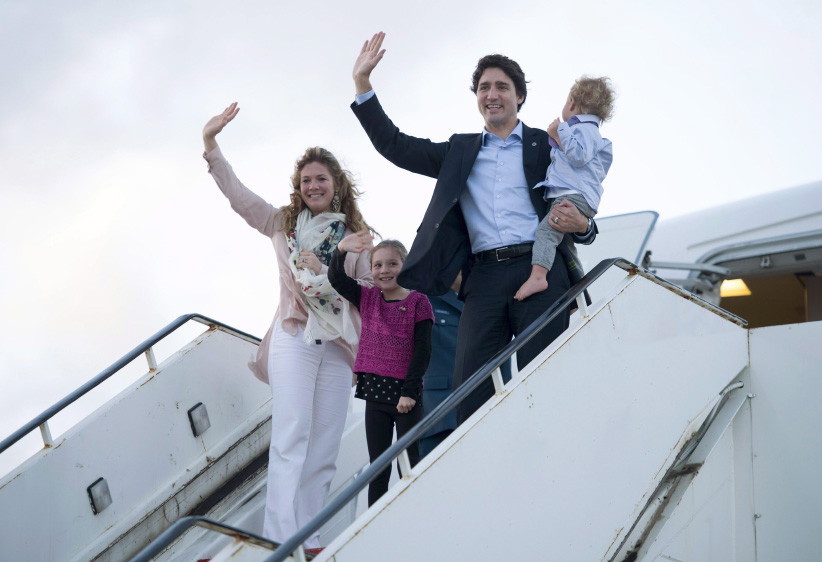 OTTAWA — Canada’s ethics watchdog plans to take a closer look at Justin Trudeau’s recent family holiday at the Aga Khan’s private island in the Bahamas, fanning the flames of a controversy the government has so far been unable to snuff out.

In a letter to Blaine Calkins, one of two Conservative MPs who filed formal complaints, Dawson said she will examine both Trudeau’s stay at the island and his use of the Aga Khan’s private helicopter to get there.

Dawson wrote that she has “commenced an investigation” to determine if Trudeau broke two sections of federal ethics laws “in connection with his recent stay at and travel to the Aga Khan’s privately owned island.”

The vacation included Trudeau, his wife and three kids, Liberal MP Seamus O’Regan and Liberal party president Anna Gainey, all of whom took part in helicopter flights between the capital city of Nassau and the secluded island.

Though not a registered lobbyist, the Aga Khan is on the board of directors of the Aga Khan Foundation, which receives tens of millions of dollars in government contributions to international development projects.

“The ethics commissioner is quite right to investigate this,” Conservative MP John Brassard said in an interview.

Such potential violations of ethics rules and laws raise questions about whether government spending decisions could ultimately be influenced, he added.

“This is one example where the rules … have potentially been broken,” Brassard said. “What other rules have been broken that Canadians aren’t aware of? If you do it once, they can certainly do it again. Canadians need to be mindful of this.”

The prime minister, who was travelling Monday in Nova Scotia, was scheduled to take part in a public town hall later Monday in Dartmouth, N.S.

In an interview with Halifax radio station News 95.7, Trudeau said he has heard from Canadians concerned about the ethics of the trip and takes the issue “very seriously.”

“The fact is I’ve been fortunate to know the spiritual leader of the Ismaili Muslims, the Aga Khan, for all my life and I was glad to see him on vacation,” Trudeau said.

“Of course, I’m open and welcoming of any questions and concerns people have because people’s trust in government and in those who serve them is really important to me.”

Dawson’s decision marks the first time a sitting prime minister has had his or her personal travel scrutinized by the ethics commissioner under the ethics law brought in a decade ago by the previous Conservative government.

Former prime minister Stephen Harper and several cabinet ministers came under Dawson’s gaze in late 2009 over elements of partisanship in government advertising, but the commissioner closed the file after concluding that no laws were broken.

The Conflict of Interest Act and Trudeau’s own ethics guidelines for his cabinet ministers bar the use of sponsored travel in private aircraft, allowing it only for exceptional circumstances and only with the commissioner’s prior approval.

The act also prohibits a minister or any member of their family from accepting gifts or “advantages” that could reasonably be seen as influencing government decisions. The only exception is if the person providing the gift is a friend.

Trudeau has repeatedly called the Aga Khan a longtime family friend, noting the spiritual leader was a pallbearer at his father’s funeral.

Dawson’s letter says she will decide whether the two are friends as defined in legislation “to determine the acceptability of the gift.”

In a letter of his own to Dawson, NDP Leader Tom Mulcair called the flight a “clear-cut violation of the rules,” imploring her to fast-track her probe of the helicopter flight while she takes more time to look into the entire trip.

“The prime minister has every right to take a vacation,” Mulcair wrote. “However, like all other Canadians who take vacations, he does not have the right to break the law.”