Sanders is a Democrat of convenience, Clinton suggests 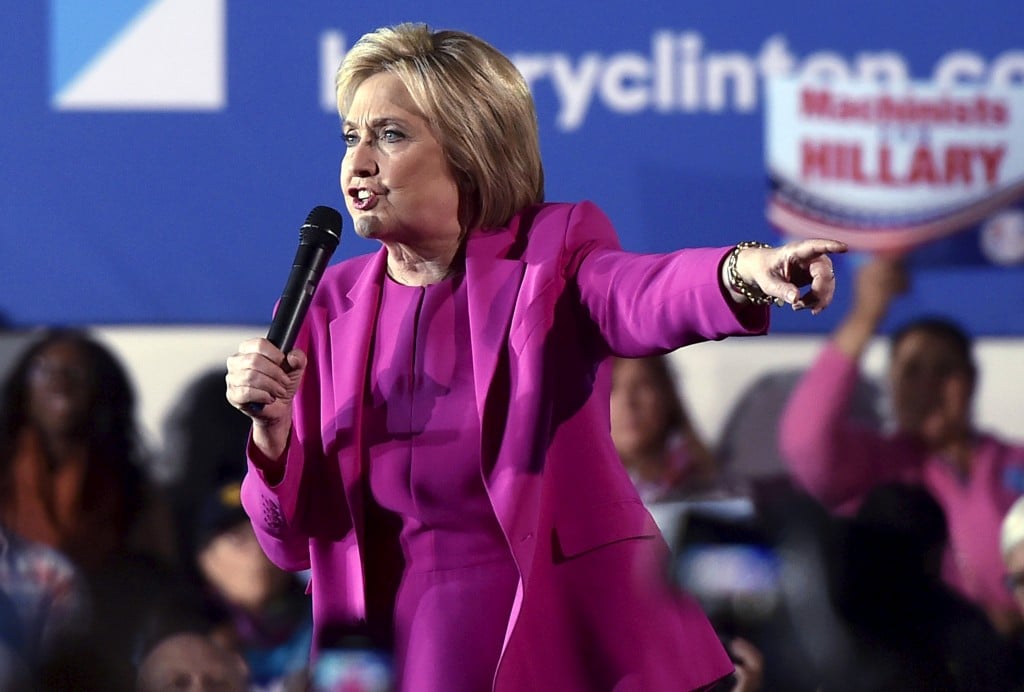 LAS VEGAS – Fighting for a victory just days before Nevada’s caucuses, Hillary Clinton took one of her toughest shots at rival Bernie Sanders, questioning the long-time independent’s devotion to the Democratic Party he’s running to lead.

“I just don’t know where all this comes from,” she said at a televised forum hosted by MSNBC in Las Vegas on Thursday night. “Maybe it’s that Sen. Sanders wasn’t really a Democrat until he decided to run for office.

“Well, it’s true. It’s true,” she exclaimed, amid a sprinkling of boos from the audience.

Clinton is hoping to use a win in Nevada as a springboard into the primary race in South Carolina on Feb. 27 and a slate of Southern primaries on Super Tuesday, where she’s favoured because of her strength among African-Americans. In recent days, she’s rolled out a fleet of black and Latino leaders to make her case to minority voters, who play a far big role in those primaries than in past contests in Iowa and New Hampshire.

Speaking to reporters on his campaign plane on Thursday afternoon, Sanders described some of President Bill Clinton’s biggest achievements, the North America Free Trade Agreement and welfare overhaul, as “disastrous.” A few hours later, during his separate appearance at the town hall meeting, he said that his critique was prompted by a question from a reporter and that a member of Congress can disagree with a president from his own party.

“I was asked to comment on Bill Clinton’s very strong criticisms of me,” Sanders told the 350-person audience. “I didn’t go around attacking Bill Clinton.”

And he noted, drawing some audience grumbling of his own, that only one candidate in the Democratic race ran against Obama, before offering a strident defence of the president, saying that much of the Republican opposition to his administration was driven by racism.

“No one asks me whether I’m a citizen or not … my father came from Poland,” he said. “What’s the difference? Gee, maybe the colour of our skin.”

Both candidates are working to woo minority voters, a key plank of the Democratic party, ahead of Saturday’s Nevada caucuses. In the town hall meeting, they vowed to make reforming the country’s immigration system a top priority of their administrations, should either win the White House. Clinton said she’d take up the issue in the first 100 days of her presidency, a vow she’d previously refused to make.

But they also answered some tough questions. Clinton was pressed on why she has refused to release transcripts of the paid speeches she delivered to some of the country’s largest financial institutions. Clinton said she’s happy to make those available – as long as other candidates do the same.

“I’m happy to release anything I have whenever everybody else does the same,” she said. “Every other candidate in this race has given speeches to private groups, including Senator Sanders.”

As Clinton and her husband wooed workers in the backrooms of casinos on Thursday, some of her top Latino backers raised questions about Sanders’ advocacy for immigrants, saying the Vermont senator repeatedly voted against immigration legislation.

Clinton’s campaign has long argued that Sanders appeal is limited to white liberals, a relatively limited portion of the Democratic party. A victory on Saturday would show that the breath of his support is more like the coalition that twice boosted Obama to the White House _ and helped the then-Illinois senator beat Clinton in the Democratic primary eight years ago.