Federal budget will include a surtax on banks and insurance companies

Politics Insider for Apr. 6: Jagmeet Singh says he trusts Liberals to deliver on their deal with the NDP; the polls are in on the Liberal-NDP deal; Jerry Dias is under investigation 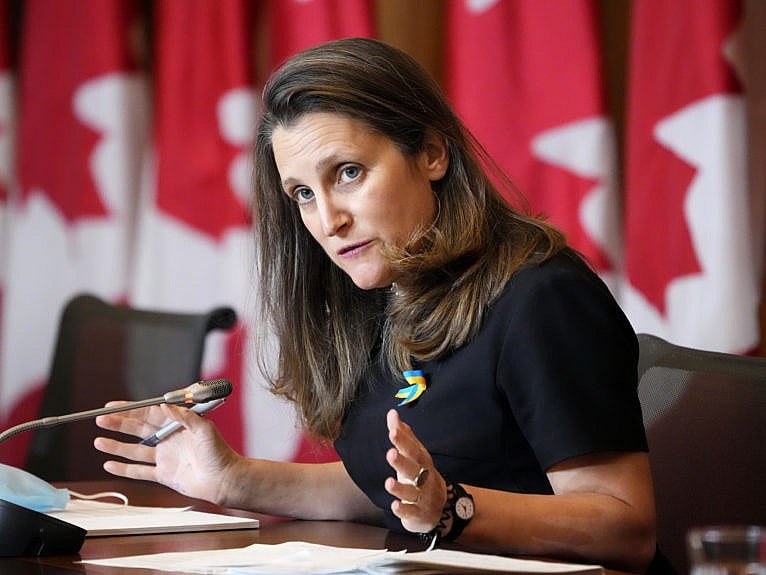 Thursday’s federal budget will include a surtax on banks and insurance companies, which have made huge profits during the pandemic, CTV News reported Tuesday.

In being asked to share their wealth, the big chartered banks and major insurance companies are bracing for the new targeted measure that is expected to increase their corporate income taxes. How much more they will have to pay, is set to be detailed in the budget. In their 2021 election platform, the Liberals vowed to slap a three per cent surtax on banks and insurers who earned more than $1 billion per year. Moving forward “in the near term on tax changes on financial institutions who have made strong profits during the pandemic,” was cemented in the Liberal-NDP deal inked a few weeks ago, stemming from both parties’ commitments to go after pandemic profiteers.

The Globe has a comprehensive lookahead on the budget. CBC’s Chris Hall surveys the political ground.

Jagmeet Singh told the Star Tuesday he is confident that in the budget the Liberals will start delivering on items in their deal, as promised.

Majority support: More than 60 per cent of Canadians strongly or somewhat support that Liberal-NDP deal, according to a new Ipsos poll for Global.

“The big finding for me was the tepid … reaction to the Liberal-NDP agreement,” Darrell Bricker, CEO of Ipsos, said in an interview with Global News. More than 60 per cent of Canadians strongly or somewhat supported the agreement, the poll found, but the country was split about whether the deal would actually achieve anything. Just 52 per cent said the deal would lead to better policies, while 48 per cent thought it would not. Despite this lukewarm support for the deal, many still felt it was unfair to voters. Of those surveyed, 51 per cent thought both the Liberals and the NDP betrayed those who voted for them last September.

Anyone but: Alberta voters would be likely to vote UCP if it were led by someone other than Jason Kenney a new leader, according to a ThinkHQ poll, CBC reports.

Don Braid, writing about the same poll in the Calgary Herald, concludes that the bad poll numbers make a “a powerful case for a change in leadership.”

She will become at least the eleventh person vying to replace former party leader Erin O’Toole. Alleslev, formerly the MP for Aurora—Oak Ridges—Richmond Hill, was first elected to the House of Commons as a Liberal in 2015. She caused a political firestorm when she crossed the floor to join the opposition Conservatives in 2018, citing a host of disagreements with the Liberal government over its handling of the economy, tax reform, foreign affairs, trade relationships and military spending.

Dias under investigation: Toronto police are investigating former Unifor President Jerry Dias Nearly, the Post reports. Dias has been accused of accepting $50,000 from a COVID-19 rapid test supplier in return for promoting the kits.

TPS spokesperson Const. Caroline de Kloet said in a statement that the investigation was being conducted by members of the city’s financial crimes unit. “The investigation is in its preliminary stages and we would not comment on specifics at this time, as to not compromise the investigation,” she said.

New bleus: More than 500 activists from the Conservative Party of Quebec came to see leader Éric Duhaime north of Quebec City — typically CAQ country — La Presse reports. (Translation) This show of strength is the latest suggestion that the party could be a force to reckon with.

Bad ideas: Heather Scoffield has a thoughtful column in the Star on how many of the policies politicians are proposing to ease the impact of inflation could instead make the problem worse, and proposes a few ideas that might help all the same.

Vicious circle: Writing in La Presse, Frances Vailles is blunter (translation). There is no solution but higher interest rates, he writes.

Faced with such a phenomenon of inflation, there are no remedies. Forget about government checks, “welcome tax” refunds and other medications that only ease the pain (or might even make it worse). The only real medicine is a rapid and significant rise in interest rates. And the longer we wait, the worse it will be.

Birds of a feather: Susan Delacourt, in the Star, writes that Trudeau and Pierre Poilievre actually resemble one another more than either would likely like to admit.

Bon chance, Jean: In the Citizen, Andrew MacDougall argues persuasively that it will be extremely difficult for Jean Charest or anyone else to slow the Poilievre juggernaut before the membership sales cutoff in early June.