Ottawa is going to the mat against the Toronto-born kids of KGB agents, saying they have no right to Canadian citizenship 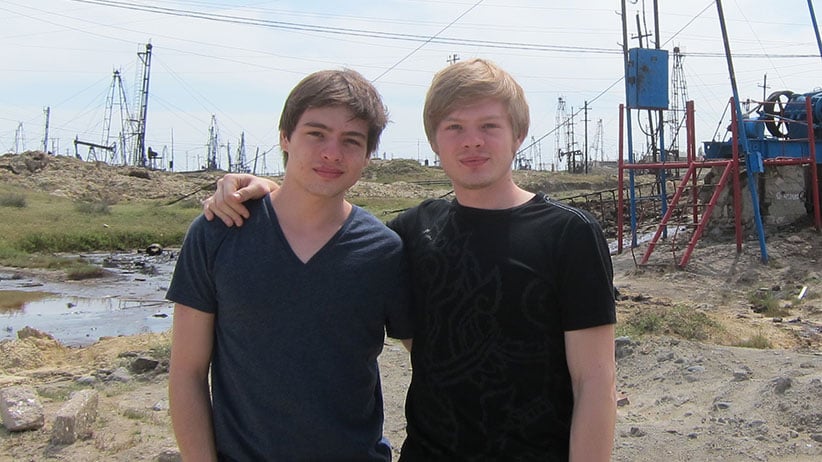 The Trudeau government has launched a Supreme Court appeal in the stranger-than-fiction saga of two Ontario-born brothers who were stripped of Canadian citizenship—and banished from their birth country—after their mom and dad were exposed as elite Russian spies.

Ottawa faced a deadline of 5 p.m. on Sept. 20 to decide whether to continue fighting what has dragged out into a four-year legal battle, or to let stand a June ruling from the Federal Court of Appeal that restored citizenship to Alexander Vavilov, 23, the younger of the brothers. If left unchallenged, the judgment would have also applied to 27-year-old Timothy Vavilov, who is waging a separate legal fight to restore his citizenship—and who, according to Canada’s spy agency, was himself an aspiring Russian agent who pledged to follow in his parents’ espionage footsteps.

Justice Department lawyers waited until the last possible day to file their application for leave to appeal. The country’s top court must now decide whether to hear their arguments in Alex’s case. In the meantime, Tim’s Federal Court challenge will remain adjourned pending the outcome.

READ MORE: The Russian spies who raised us

The Vavilov brothers were born in Toronto in the 1990s as Tim and Alex Foley, the sons of a husband-and-wife KGB team who slipped into Canada during the Cold War, stole the identities of two dead babies from Montreal (Donald Howard Heathfield and Tracey Lee Ann Foley), and settled in Toronto, where “Donald” built a successful diaper-delivery company. When the boys were still young, the family moved to Massachusetts—where the spy couple was ultimately arrested in 2010 in the same FBI sweep that inspired the hit TV series The Americans.

After the bust, Ottawa concluded that both sons were never Canadian to begin with, despite being born at Women’s College Hospital, because their parents were “employees of a foreign government,” a rare exception to the birthright rule under the Citizenship Act. Now Russian citizens, the brothers have been fighting to regain their Canadian status ever since, arguing they should not be punished for the actions of their mother and father (whose real names are Elena Vavilova and Andrey Bezrukov). Both men also insist that until authorities raided their Boston-area home, when Tim was 20 and Alex 16, they had no idea their parents were leading an elaborate double life—or that their surname since birth was a fraud, stolen from a dead little girl.

Though their life story reads like a John le Carré thriller, the brothers’ parallel court challenges hinge on a granular question of law: the definition of “employee of a foreign government,” as outlined in section 3(2)(a) of the Citizenship Act. Again, the Act states that children born in Canada do not qualify for citizenship if their parents are employees or representatives of a foreign government.

In the opinion of immigration officials, a deep-cover Russian spy certainly fits that definition, making the brothers ineligible for citizenship. A Federal Court judge agreed with that logic in 2015, ruling in Alex’s case that “the wording is clearly meant to cover individuals who are in Canada as agents of a foreign government, whatever their mandate.”

RELATED: Why the sons of Russian spies qualify as Canadians

On June 21, however, the Federal Court of Appeal overturned that decision and ordered Ottawa to reinstate Alex’s citizenship. The court concluded (2-1) that the “employee of a foreign government” clause is extremely specific, applying only to those visiting employees who enjoy diplomatic immunity, such as an ambassador. Because Alex’s parents were so-called “illegals” who had no affiliation with the Russian embassy—and therefore didn’t enjoy any form of state immunity—their Canadian-born son must be recognized as a citizen, the court ruled. Any other conclusion “is not supportable, defensible or acceptable,” wrote Justice David Stratas, speaking for the majority.

The federal government now hopes the Supreme Court will conclude otherwise, ensuring neither brother regains his citizenship. In its application for leave to appeal, Ottawa contends that “the Federal Court of Appeal’s interpretation of s. 3(2)(a) of the Citizenship Act undermines its purposes and the integrity of Canadian citizenship.” In an email sent to Maclean’s Wednesday night, a spokeswoman for Immigration, Refugees and Citizenship Canada (IRCC) confirmed the government’s intention to pursue a Supreme Court appeal. “We look forward to receiving the Courts [sic] guidance and direction on this matter,” she wrote.

David Heathfield, the older brother of the real Donald Heathfield, says he welcomes the government’s move. Like the Foleys, his family was shocked to learn in 2010 that a Russian spy had spent more than two decades living under the alias of his dead little brother. “I am glad they are going to take the case to the Supreme Court,” David says. “Personally, I don’t think the brothers are Canadian citizens.”

Ottawa appears especially concerned about the prospect of Tim winning back his passport. According to a report prepared by a senior immigration official, CSIS has told the government that the eldest son not only knew the truth about his parents, but had pledged to join them—having been “sworn in” by the SVR, the KGB’s post-Soviet successor, before his mom and dad were arrested. Although the precise evidence revealed to federal bureaucrats remains secret, the CSIS briefing appears to be the first official confirmation of a 2012 Wall Street Journal report that claimed Tim had agreed to travel to his parents’ homeland to begin formal espionage training. During one conversation with his parents, the article alleged, the eldest son “stood up and saluted ‘Mother Russia.’ ” 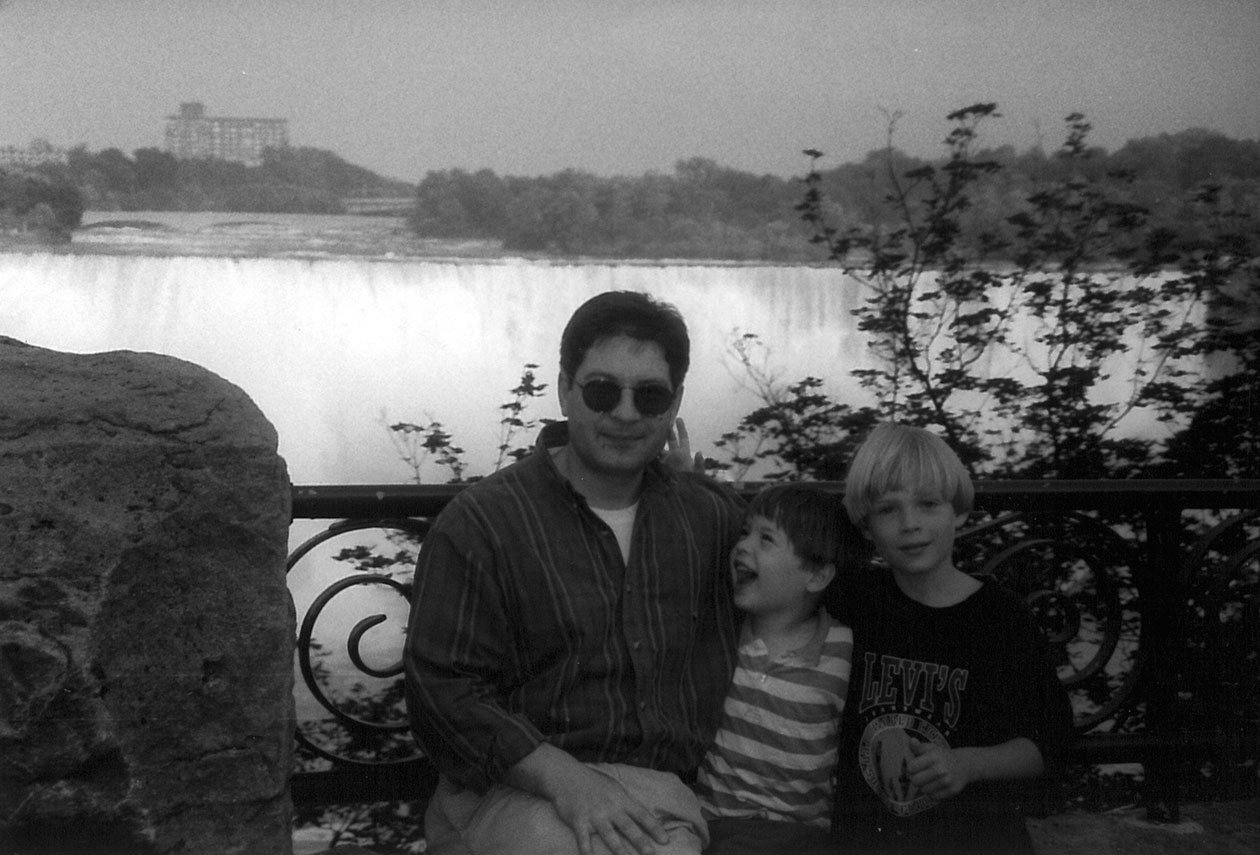 ‘Donald Heathfield’ with his sons Alex and Tim at Niagara Falls, Ont. in 1999 (Tim and Alex Vavilov)

Now living in Asia, Tim adamantly denies those accusations. “I am aware that there have been some media reports that my parents were ‘grooming’ me for espionage,” he wrote in a sworn affidavit, signed in 2015. “These allegations are not true. It has been stated by the FBI that for over 10 years my home was bugged, however no evidence of my involvement has ever been presented.”

Describing himself as “first and foremost Canadian,” Tim’s affidavit also accuses federal authorities of “stretching the written law beyond its meaning” in an attempt to “tarnish our lives.” “In one of the most serious illustrations, we were indirectly notified by top officials of the Canadian Secret Services that the fate of our citizenship was pre-emptively decided and that ‘there is no point of continuing to pursue the citizenship case because the decision not to grant it has been made in Canada at the top political level,’ ” it says. “I have a strong belief that the reason for the revocation is political and is not something we can influence. This is unacceptable and unlawful.”

Alex, who recently earned a masters degree in finance from Madrid’s IE Business School, told Maclean’s earlier this year that he has been forced to “live in exile” because of something his parents did—not him. “Whether or not the government decides to reissue my citizenship, I will always be Canadian at heart,” he said. “I have grown up that way and I believe it to be my only identity; it is something I would fight to the end to retain. I am confident that the law is on my side, because I know I haven’t done anything wrong.”

After two weeks in custody, Bezrukov and Vavilova pleaded guilty in July 2010 to conspiracy and were deported to Russia as part of a historic spy swap between Washington and Moscow. Bezrukov is now a senior adviser at Rosneft, a major Russian oil company, and also a university professor who writes and lectures on U.S. public policy. He is still married to Vavilova, who works as an adviser at Moscow-based Norilsk Nickel. The former spies are helping to pay their sons’ legal bills, Alex said.