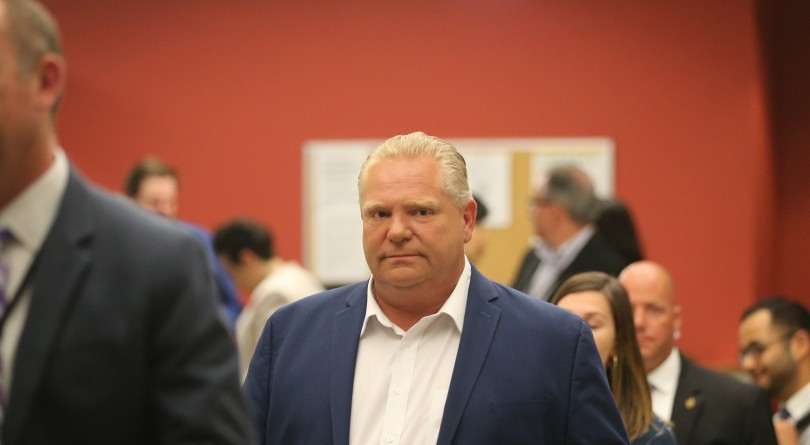 TORONTO, ON- MAY 27 - PC Leader Doug Ford leaves after a post-debate scrum. Leaders of the provincial political parties scrum with media after the final leadership debate before the election at the CBC Building on Front Street in Toronto. May 27, 2018. (Steve Russell/Toronto Star via Getty Images)

TORONTO — Ontario Premier Doug Ford is calling on Ottawa to compensate dairy farmers who are adversely affected by Canada’s new trade deal with the United States and Mexico.

Ford says he’s concerned that farmers have been “thrown under the bus” by the federal government in the new three-country agreement.

The premier’s made the comments in Ontario’s legislature today shortly after releasing a statement in which he said he had concerns about the deal but was optimistic it would create opportunities.

Ford says he’s also concerned about steel and aluminum tariffs that appear to remain in place.

He says his Progressive Conservative government will be speaking with industry representatives to determine the impact of the deal.

Canadian dairy farmers have panned the new deal saying it will undercut the industry by limiting exports and opening up the market to more American products.