How to make a mockery of Parliament

A guide to diminishing Parliament from within and without 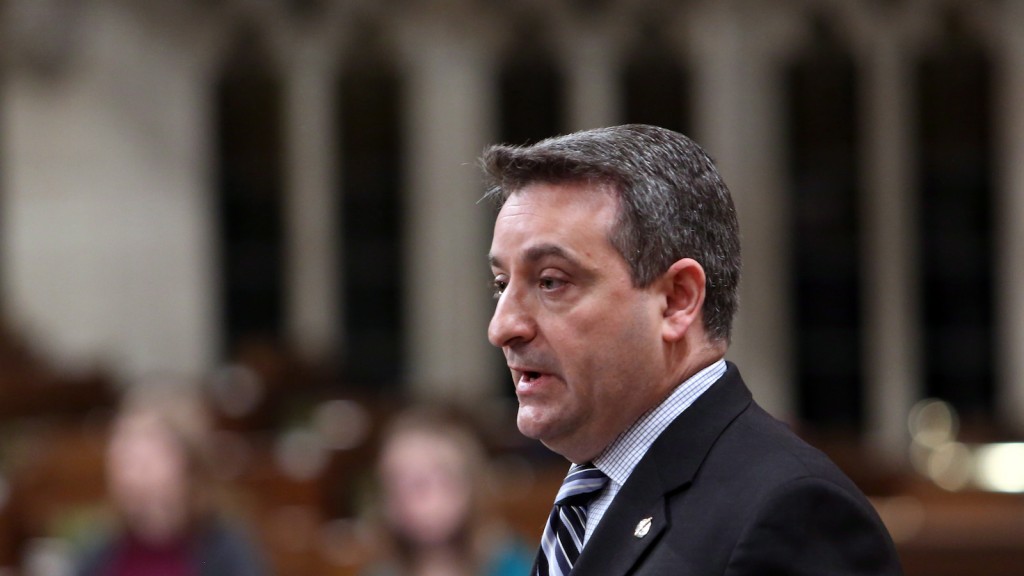 So yesterday, Tom Mulcair stood in the House of Commons and asked the government to clarify the timeline for this country’s current military mission in Iraq. Paul Calandra, parliamentary secretary to the Prime Minister, did not answer the question and, indeed, declined to even vaguely acknowledge the subject of the question.

But, sometime thereafter, James Bezan, parliamentary secretary to the minister of defence, sat in a chair in the foyer outside the House of Commons and, looking into a CBC camera, explained that the “clock” on the mission “started ticking on Sept. 5.”

Here Bezan managed the neat trick of making yesterday’s display in the House seem all the worse.

Let us go back to Monday. That afternoon, during question period, NDP MP Jack Harris asked when the 30-day mission would end. Defence Minister Rob Nicholson responded without an answer. (Though, to Nicholson’s very small credit, he at least restricted his response to the general topic raised.)

But on Monday night, CPAC reported that it had learned that the end date for the mission was Oct. 4. Its source for this report? James Bezan. How had CPAC gotten this information out of him? It had him sit in the foyer of the House, it pointed a camera at him and it had its anchor ask questions of him. Go to the 17:25 mark of this video and behold.

Indeed, while in front of that CBC camera yesterday, in the midst of a discussion about Calandra’s performance, and while Liberal MP Marc Garneau is angrily denouncing Calandra, Bezan blurts out that, “it’s called question period, not answer period.”

This is an old saw. A cute way for observers to express their weary bemusement with the thing. I think it’s supposed to sound wise.

But it’s not a particularly cute or wise thing for a member of the government to say. From the mouth of a member of the government, it simply sounds contemptuous. As I tweeted yesterday, the first rule of Not Answering Questions Club is probably don’t talk about not answering questions. You’re supposed to at least pretend that you take some of this stuff kind of seriously.

In fairness to Bezan, I wouldn’t want to have to defend Calandra’s responses, either.

But you’re supposed to at least feign an interest in the sorts of principles that opposition MPs like to espouse.

Mr. Speaker, one of the promises contained in the infamous red book pertains to accountability. However, when key questions of importance are asked in question period relating to federal overspending, health care, Native self-government and criminal justice, the government consistently demonstrates an unwillingness or inability to answer. The only time the government answers any questions is when one of its own members asks the Liberal question of the day.

We on this side of the House are asking legitimate questions affecting the lives of Canadians. Where is the accountability, and when will question period become answer period? Canadians want and deserve straight, hard answers to these questions. Reformers will keep demanding the government fulfils its promise to be more open and accountable.

Bezan attempts to insist that the government had a concern it wanted to raise about the Opposition. Fair enough. But that’s not what question period is for. Luckily, if the government has a concern about something to do with some other party, it can just send a minister out into the foyer, where, no doubt any number of reporters would be happy to listen to that concern. Now, that minister might then be asked questions by that reporter. But I refuse to believe a minister of the crown in a G7 country would be scared of reporters’ questions—particularly if the concern is so important that it might otherwise be raised at the earliest opportunity in question period.

I think I’ve theorized before that, from some political perspective, answering questions straightforwardly might be seen as setting a bad precedent. Give a few straight answers and people might start expecting you to do that all the time. Your evasions in other cases might start looking all the more glaring.

But then there’s no reason we should concern ourselves with the political calculations here.

What we might also concern ourselves with is the very notion that the House of Commons—not the foyer, not some banquet hall in Edmonton—should be the primary forum of our federal governance. We might take the view that, if we can’t expect accountability of the government through Parliament—the one and only place that belongs entirely to us—we can’t really expect accountability of the government anywhere.

In Britain, this is actually a thing. The ministerial code states that, “When Parliament is in session, the most important announcements of Government policy should be made in the first instance, in Parliament.” Even leaking to the media before such announcements is frowned upon.

This is nowhere even close to the accepted practice here—where the time reserved for “statements by ministers” only lingers like a deserted town Parliament is compelled to drive past every day—but flipping off the Opposition and then answering the question outside the House of Commons would seem to particularly offend this principle.

But then, what do the Brits know about setting up a Westminster system of government?

Media upset with me; gee, what am I to do? Tell you what, I will stand up for Israel, who are on the front lines, fighting terror every day.