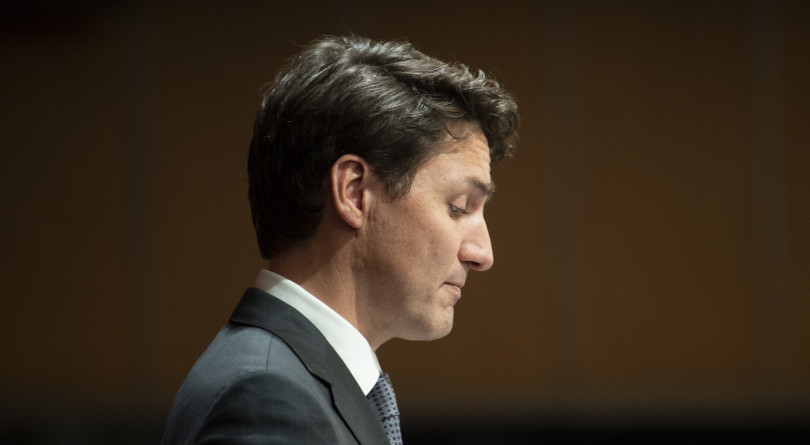 No-Encana-do: The threat of large Canadian companies uprooting themselves and moving south of the border can drive politicians to distraction. See: Justin Trudeau / SNC-Lavalin, 2018 to now. So the decision by Encana to move its base from Calgary to the U.S., and change its name to remove any hint of its Canuck roots, sent predictably large shockwaves through the halls of power in Alberta and Ottawa. Despite the company’s assurance that no jobs will be lost, the symbolism was huge: As global business news site Bloomberg put it, ‘Canada’ Is Becoming a Dirty Word in the Oil Patch.

Western premiers didn’t need another justification to target Justin Trudeau, but they got one anyways, with Alberta Premier Jason Kenney accusing Trudeau of purposefully trying to kill the oil patch. “It’s not just about Encana. It’s about the broader decline of the Canadian energy industry which I think is a deliberate policy of the Trudeau government,” he told the Globe, even if the company’s CEO Doug Suttles said “unequivocally, no” his decision was “not a political move.”

In a tweet Jason Markusoff summarized Kenney’s growing list of demands to Trudeau, post-Encana, which now includes replacing Catherine McKenna as environment minister and adopting Andrew Scheer’s proposed energy corridor plan. So far, Trudeau has not spoken publicly about Encana’s move, or Kenney’s ultimatums (or anything much at all, really).

Why Jason Kenney’s proposed referendum is so puzzling: Kenney has vowed that if the Trudeau government doesn’t make progress on completing the Trans Mountain pipeline by 2021, Alberta will hold a referendum on removing equalization from the Constitution. However, holding a constitutional referendum to end equalization wouldn’t actually benefit Alberta, writes Max Fawcett:

But perhaps the most puzzling part of Jason Kenney’s proposed referendum on equalization is how little its success would actually benefit Alberta. As University of Calgary economist (and unofficial equalization expert) Trevor Tombe has pointed out numerous times, there is no conceivable way in which the equalization program could be changed to directly benefit Alberta’s treasury. Read more ››

m’kay MacKay: After Peter MacKay seemingly mocked Scheer’s failure to defeat Trudeau as “having a breakaway on an open net and missing the net” folks could be forgiven for thinking the former Conservative politician had unofficially declared his candidacy to replace Scheer as leader of the party, but those folks would be completely wrong, tweeted a huffy MacKay. “I’ve repeatedly said I support @AndrewScheer + I worked v hard to help him in the campaign. Reports of me organizing r false,” he said, amid fresh reports MacKay is building campaign infrastructure in the event Scheer quits or is turfed.

Helpful advice, offered unhelpfully: Stephen Harper led Canada for nearly a decade, with more than half that time spent running a minority government. And he has some advice for Trudeau, even if Harper hopes the prime minister doesn’t listen and falls flat on his face. That advice: shun any deals with the opposition parties and hold power by keeping Canadians happy. “I always found people tell you go out and negotiate with the other parties, find out what it is they want and cut deals with them,” he said alongside former prime minister Jean Chrétien during a luncheon in Calgary. “I actually very seldom did that. I found that’s not a wise way to do it. The wise thing to do is try and do the right thing, make sure the public is on your side, don’t make deals. If the public is on your side and you’re doing the right thing you’ll find somebody amongst the various parties that will support you on almost anything,”

Trick or treat, be discreet: After years of Trudeau dressing up with his family for Halloween photo ops — as Han Solo, Sherlock Holmes and the pilot from The Little Prince — many wondered what Trudeau would go out as this year, given the election campaign revelations of just how inappropriately far he’d taken his costume obsession in the past. But after the blackface scandal forced Trudeau’s humbling acknowledgement that “I’ve always —and you’ll know this — been more enthusiastic about costumes than is sometimes appropriate” — Trudeau played it safe this year, according to a spokesperson, and trick-or-treated in private away from the cameras. The decision is in line with Trudeau’s ongoing vanishing act, which has seen him make just one public appearance at a news conference since since the election.