Why the PQ has re-embraced its troublesome, vote-losing 'values charter' 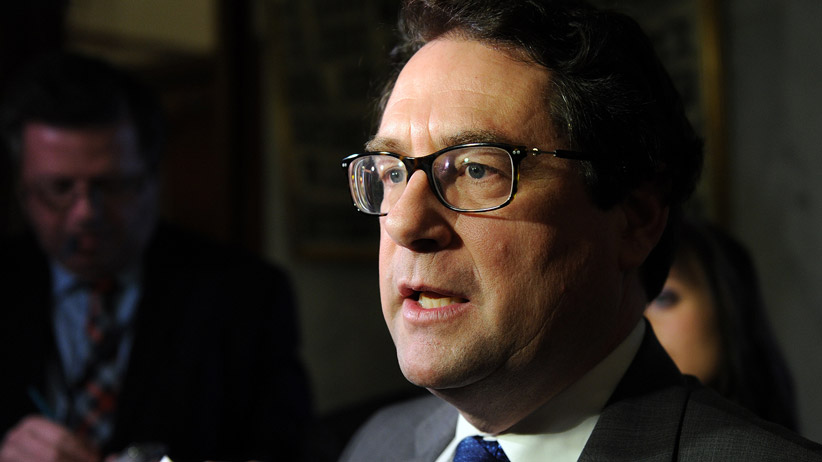 Minutes after Pauline Marois and the Parti Québécois suffered the biggest electoral defeat in its 46-year history on April 7, 2014, suddenly erstwhile PQ minister Bernard Drainville was the picture of graceful defeat, declaring it a “huge surprise and a bitter disappointment” before telling a reporter, “The charter is dead.”

Drainville was referring to the so-called Quebec values charter, the Parti Québécois’s attempt to ban “conspicuous” religious garb within the ranks of its public service. Ostensibly introduced to promote secularism in the province, the charter was clearly a gambit to regain the nationalist vote without having to talk about the party’s separatism raîson d’être—a proven electoral clunker.

Drainville and the PQ campaigned hard on the charter, yet it was hardly the stuff of campaign gold: the PQ lost 24 seats and 20 per cent of its vote share from the previous election. The charter’s restrictions on religious minorities further darkened the PQ’s already shaky prospects amongst Quebec’s burgeoning immigrant population.

Strange, then, that the PQ has seemingly returned to the scapegoat politics of identity less than a year after its routing at the polls. Interim PQ leader Stéphane Bédard recently chided Quebec Premier Philippe Couillard for being “steeped in Saudi Arabian values”—a reference to Couillard’s four years of practising medicine in that country. Bédard’s bon mots came just as Saudi blogger Raif Badawi (whose family lives in Sherbrooke, Que.) faced further floggings and jail time for having critiqued religious extremism in Saudi Arabia.

PQ leadership hopeful Pierre Karl Péladeau, the frontrunner of four candidates to replace Marois as PQ leader, recently posted a Facebook link to a picture of himself with Guy Cardinal, who in November pled guilty to shooting out a window of a halal store in Sherbrooke. (In addition to two years probation, Cardinal received a $500 fine for having placed a sign outside the store reading “No to Islam and yes to the charter.”)

A flurry of Péquistes, including former premier Bernard Landry, recently attended a Montreal fundraiser for Charlie Hebdo. Organized by former PQ candidate Djemila Benhabib, the evening was billed as a celebration of secularism. “As soon as I saw that word, I knew it was going to be an anti-Muslim thing,” said comedian Mike Ward, who was set to perform before he bowed out.

Drainville, meanwhile, has apparently thought the better of his post-election words. The PQ leadership hopeful recently announced his intention to introduce a “charter 2.0” should he become leader of the sovereignist party. The timing of his announcement—it came just a week after the Charlie Hebdo shootings in Paris—was a coincidence, he says, though he referenced the dangers of “letting extremists who kill people dictate our democratic choices.”

His new charter, he said, would allow current government workers to wear religious symbols, though new hires would be prevented from doing so. This is apparently in response to widespread fears during the election campaign of someone losing their job for wearing a hijab or a yarmulke. “My objective is to attract people who were against the original charter,” Drainville said during his announcement. Drainville didn’t respond to interview requests, though a member of his leadership team told Maclean’s that the charter “was a matter of conviction” for Drainville.

The introduction of Drainville’s charter proposal in the fall of 2014 unleashed one of the more divisive chapters in recent Quebec political history. In one example, Quebec actress and pro-charter spokesperson Janette Bertrand said the province needed such a thing because Muslim doctors allowed women to “die faster.” It was all for naught for the PQ, pollster Claire Durand notes. “The charter was never strong enough to drive votes to the PQ. What drives votes in the Gaspé is the price of lobster, not whether a woman wears a hijab at the licence bureau.”

The charter’s lack of electoral oomph suggests the PQ’s return to identity politics is something bigger than crass politicking; perhaps the party has truly realized the limitations of its appeal to immigrants and non-francophones. At any rate, Drainville’s foray has the support of several sovereignist tenors. Though he disagrees with some of Drainville’s notions, such as preventing all new public servant hires from wearing religious symbols, former Bloc Québécois leader Gilles Duceppe says a charter barring these symbols from the bodies of police, judges and anyone else with coercive powers—something the Bouchard-Taylor commission into reasonable accommodations recommended in 2008—is necessary in Quebec.*

“I think we need a charter,” Duceppe says. And because the Liberal government relies on the votes of religious minorities, Duceppe says only the PQ is poised to pursue the goal of state secularism. “Already, the ethnic vote isn’t very strong with the PQ. They come here from troubled countries, and they don’t want further problems,” he says. “They didn’t come to Canada for the weather.”

*Editor’s note: Gilles Duceppe objected to an earlier contention in this article which suggested that he was in favour of Drainville’s version of the charter. In fact, he agrees with “about 90 per cent” of the PQ’s original charter, though was critical of Drainville’s banning of religious symbols.