Former Newfoundland Liberal to run in federal election as Independent

Scott Andrews sat as an Independent over allegations of sexual harassment made against him involving a female New Democrat MP. 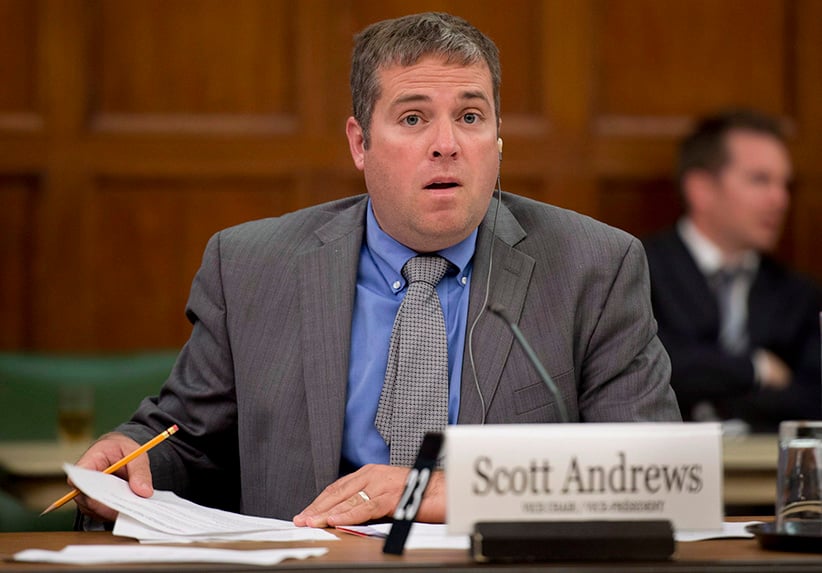 PARADISE, N.L. – A former Liberal MP in Newfoundland and Labrador has confirmed he will run in the federal election as an Independent candidate in Avalon.

Scott Andrews says one person can make a difference and refused to discuss the sexual harassment allegation that saw him leave Liberal Leader Justin Trudeau’s caucus earlier this year.

Andrews says he’s moving on as his wife and official agent, Susan Mosher, stood by his side.

She also declined to discuss the allegation against her husband, saying she believes in him.

Andrews says an Independent MP could be especially effective if a minority government is elected Oct. 19.

He left the Liberals in March after representing Avalon for the party since 2008.

Andrews sat as an Independent over allegations of sexual harassment made against him involving a female New Democrat MP, which he has said are unsubstantiated.

In a recent letter to constituents, he accused Trudeau of “unprofessional” actions that he said stripped him of his right to fair process and defence.

Montreal MP Massimo Pacetti also sat as an Independent after similar allegations were made against him by another female New Democrat MP.

He has confirmed he wouldn’t seek re-election.