Further reading on last Wednesday and the challenge ahead

What to make of what happened on Parliament Hill and what should happen now? 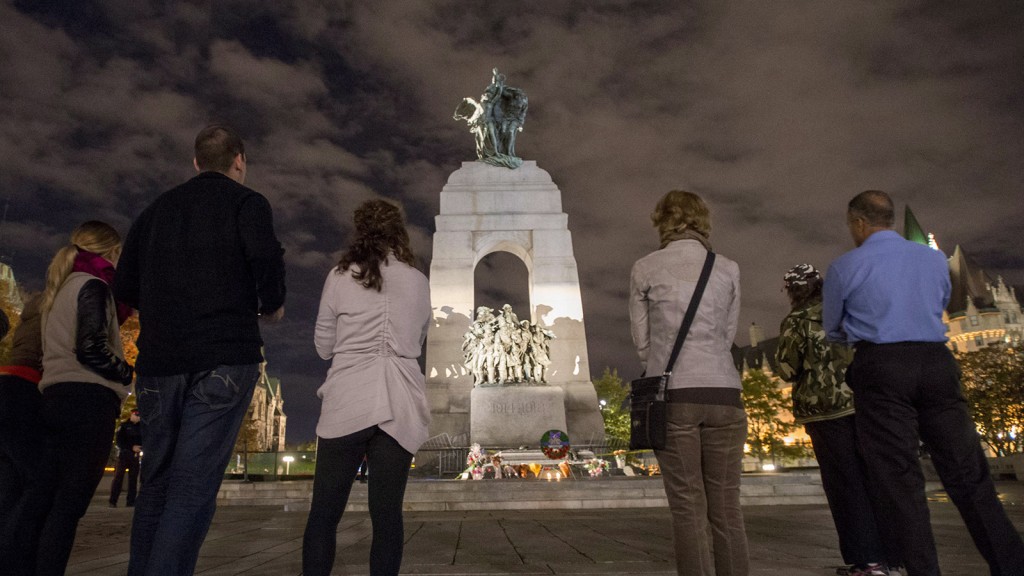 Our Michael Friscolanti looks in depth at how Michael Zehaf-Bibeau ended up killing a corporal and plunging Ottawa into terror, Martin Patriquin talks to Glenn Greenwald and John Geddes looks ahead to the policy debate that is still taking shape.

Meanwhile, NDP MP Andrew Cash writes about the experience of fleeing the Hill (and apparently ending up among those who suddenly found themselves outside Centre Block).

Some MPs had started barricading a side door to the room with tables. Then BANG, BANG, BANG, a long series of gunshots.  Now we’re all down on the floor and very, very quiet. There are some muffled sobs.

Someone gets up to turn off the microphone we use in our meeting, lest it broadcast any sounds that can be heard outside the room. Another simply doesn’t get on the floor at all until others become adamant.  I look across the room for my colleague MP Lysane Blanchette-Lamothe (Pierrefonds-Dollard), who had only minutes earlier introduced her newborn to the NDP family. I thought she had a stroller with her, but now I can’t see that or her across the room. No one is wired for this kind of thing. This isn’t part of the MP orientation after you get elected. In fact, we’ve never even had a fire drill.

Independent MP Brent Rathgeber worries about the debate ahead.

At the very least, civilian oversight has to be enhanced commensurate with any increased power of surveillance and intercept. Canada’s current Security Intelligence Review Committee (SIRC) has two vacancies on its five member panel. Even so, in a report tabled in Parliament last week entitled “Lifting the Shroud of Secrecy”, SIRC found a lack of reporting, distant operatives operating in silos and many instances of CSIS not briefing the Minister of Public Safety.

Are we prepared to give CSIS enhanced power without additional and commensurate powers of oversight?? Apparently, so. The Prime Minister stated in Question Period yesterday, that he believes it improper to start at the premise that our security agencies are acting unlawfully. Furthermore, the government has indicated little appetite to support Joyce Murray’s Private Member’s Bill to establish a committee of Parliamentarians to provide civilian oversight to Canada’s spy agencies.

The debate is being set up to be one-sided in favour of security, without due regard to oversight, privacy, or the rule of law. But without those liberties what are we securing ourselves for?? As Churchill famously said during the London blitz, when it was suggested the movie theatres should all be closed, “Why would we do that? That is what we are fighting for”!

As to the question of what can be described as “terrorism,” Justice Minister Peter MacKay was asked by a reporter yesterday whether he would describe Justin Bourque’s assault on police officers in Moncton as an act of terrorism. Turns out he would.

Look, anything that terrified a community like Moncton the way that that particular incident did falls into that category … that particular incident, as we know, played out in a way that did very much reflect a certain individual’s view towards institutions. And what we are obviously seized with is people’s mind set, people’s motivations. That is what classically meets the definition of terrorism.

Elsewhere, an assortment of interesting reads and perspectives: Ian Mulgrew focuses on Zehaf-Bibeau’s mental health and Jeet Heer looks at the line between mental illness and terrorism. Doug Saunders looks at the nature of the “lone wolf” terrorist, David Gomez says lone wolves are nearly impossible to investigate and Stephen Walt counsels caution in how we respond.