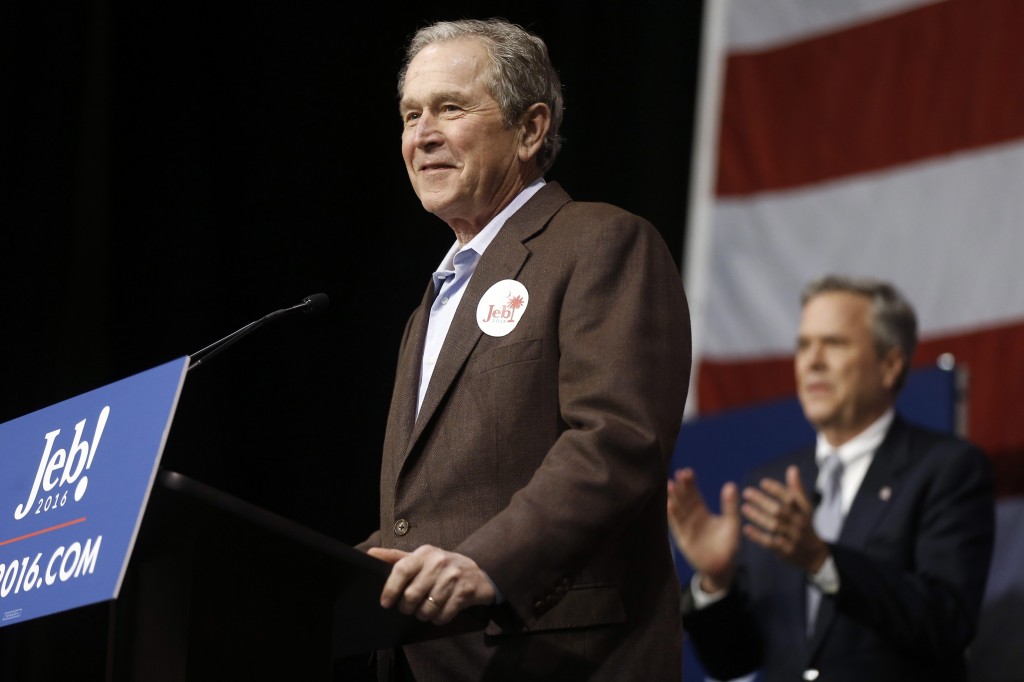 CHARLESTON, S.C. – George W. Bush never mentioned Donald Trump. But with his folksy touch, the former president unleashed a tough takedown of the billionaire businessman who has upended the Republican Party.

“I understand Americans are angry and frustrated,” Bush said Monday during his first campaign rally for his brother, former Florida Gov. Jeb Bush. “But we do not need somebody in the Oval Office who mirrors and inflames our anger and frustration.”

Trump’s rise has confounded the Bush family and its allies. And Jeb Bush’s White House hopes are in peril, particularly if he’s unable to pull out a strong showing in Saturday’s South Carolina primary.

Trump has led polls in South Carolina, where Republicans face their next primary. He is trying to fend off attacks from his chief rival, Texas Sen. Ted Cruz, who describes himself as “a consistent conservative.” Bush is trying to pull ahead of Florida Sen. Marco Rubio and Ohio Gov. John Kasich to emerge as the more mainstream alternative.

George W. Bush urged voters to back a candidate who will be “measured and thoughtful” on the world stage. A candidate who can win in November’s general election.

“All the sloganeering and all the talk doesn’t matter if we don’t win,” Bush said.

Jeb Bush vowed he could put Republicans back in the White House for the first time in eight years.

“I can beat Hillary Clinton,” he said of the Democratic front-runner. “I can promise you that.”

The former president’s return to presidential politics has been met with attacks from Trump about the unpopular Iraq war and the economic recession that began at the end of his administration.

“If the ex-president is campaigning for his brother, I think he’s probably open to great scrutiny,” Trump told reporters Monday.

As he praised South Carolina’s Republican Gov. Nikki Haley, the daughter of Indian-born parents, Bush pointedly said, “Thank goodness our country welcomed her parents when they immigrated here in 1969.”

It was a reminder of how much the Republican Party has changed. While Bush championed failed legislation that would have provided a pathway to citizenship for millions of people in the U.S. illegally, many current Republican presidential candidates have fought to outdo each other with tough enforcement policies, even mass deportations.

The 43rd president left office deeply unpopular with a nation fatigued by the Iraq War and angry over his botched response to Hurricane Katrina. But South Carolina is a state that has long been friendly to the Bush family. Presidents George W. Bush and George H.W. Bush each won two Republican primaries in the state.