Maclean's recognizes Gérard Deltell, a top performer in the House, as the rising star MP of 2016 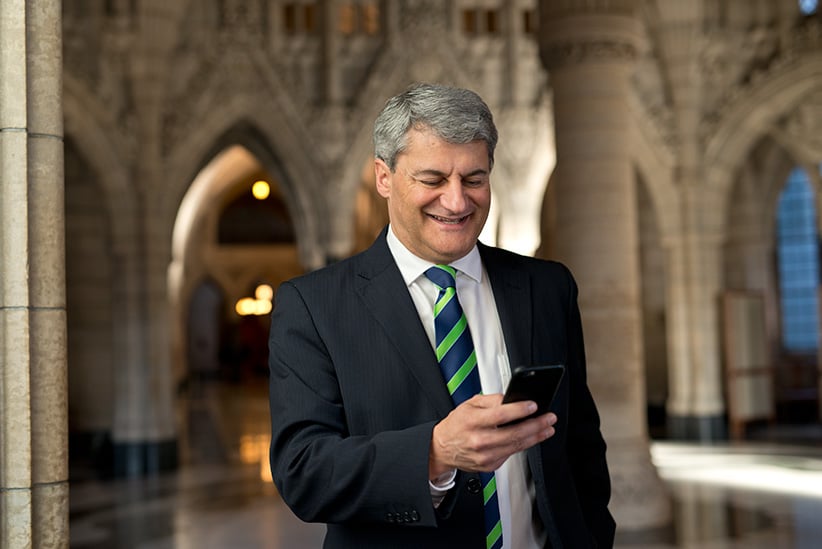 On Nov. 15, Maclean’s celebrated the best of Ottawa with the ninth edition of our Parliamentarians of the Year awards, which were handed out based on the results of a secret-ballot survey of their peers in the House of Commons. Conservative MP Gérard Deltell was honoured as the rising star MP of 2016. View the full list of award winners.

Gérard Deltell may be a parliamentary rookie with only a year under his belt in Ottawa, but he’s got deeper political roots than the typical backbencher. Deltell is fresh off a seven-year stint as a member of the National Assembly in Quebec — no cakewalk as a political training ground.

Now a Conservative MP, Deltell served a stint as leader of the Action Démocratique du Québec (ADQ) in Quebec City, an opposition job that taught him how to hound government effectively.

“I’ve always been an opposition member,” says Deltell, who says he ranks among the most experienced opposition politicians in his caucus. “Rising up in question period to ask questions of the Prime Minister is no big deal for me,” he says.

The newly named finance critic quickly found his voice in Ottawa, taking lead spots in QP. He is one of the House’s better performers; a rare parliamentarian who speaks without notes in the heat of the moment.

“When you understand what you’re talking about, it’s easier to explain your position and where you stand,” says Deltell.

Deltell’s familiarity with the varied roles of a provincial politician eased his transition to everything expected of him in Ottawa.

Although there is one point of differentiation: question period is faster paced in Ottawa. “In the House of Commons, you have the obligation to answer questions. You must know what you’re talking about, so it’s more than reading a text.”