Get to voters while they’re young 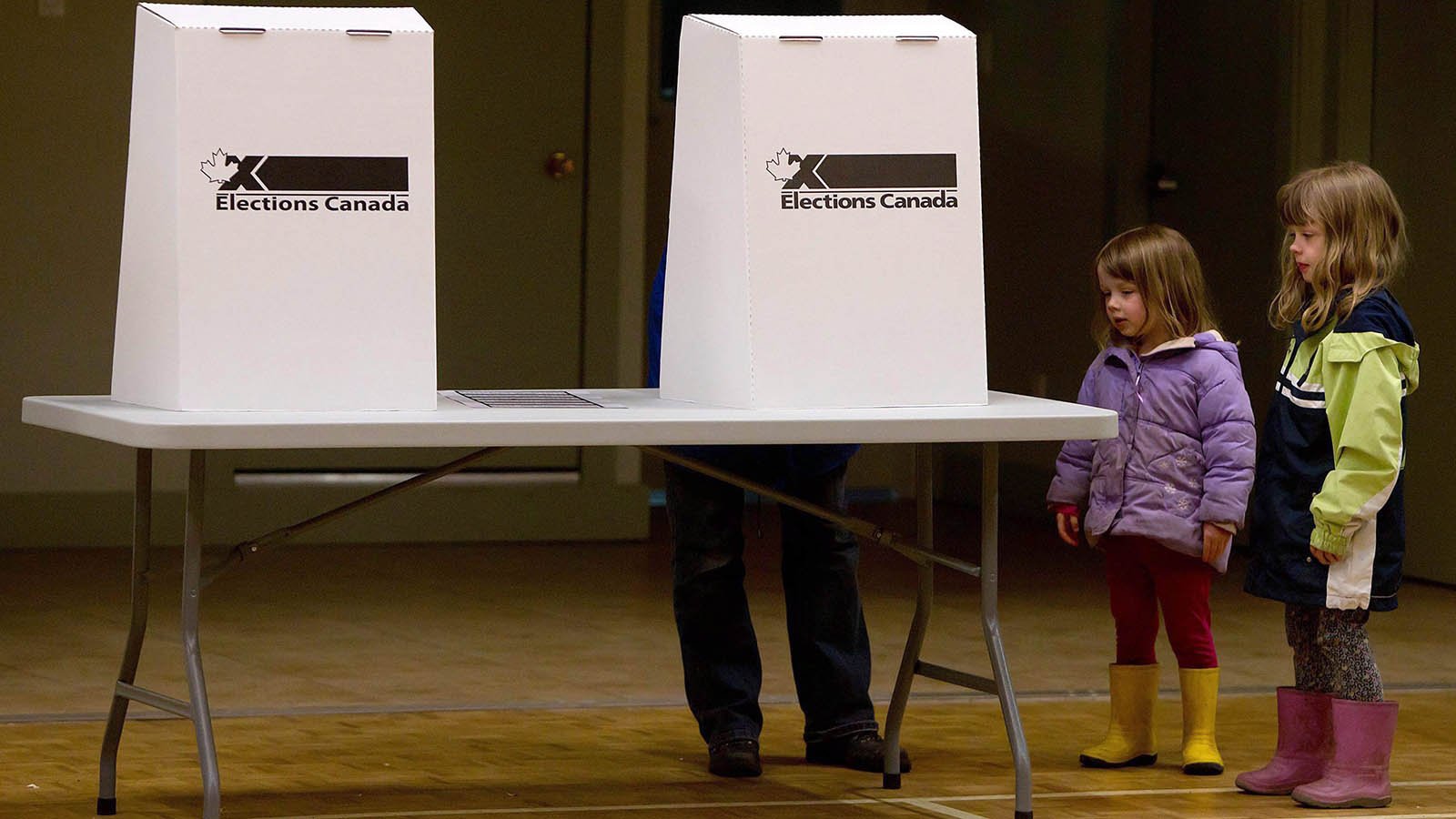 In 2006, not long after Star Wars Episode III: Revenge of the Sith came out in theatres, my high school held a mock federal election in advance of the real one. The race was between incumbent Liberal prime minister Paul Martin and stealthy Conservative Leader Stephen Harper, a man who resembled a young Emperor Palpatine. Eight years have passed since Mock Vote 2006 (which, I should note, Harper lost) and the Prime Minister’s rule is as constant as the Force. So too, it turns out, is low voter turnout among young adults, the product, some researchers argue, of political illiteracy and ambivalence. A deciding factor in the mock votes of my peers wasn’t the platform behind a particular candidate, but the placard: “I picked the guy on my parents’ lawn,” was an explanation heard often at exit polls across the cafeteria.

Only 43.8 per cent of Canadians aged 18 to 24 voted in the federal election in 2006, followed by 37.4 per cent in 2008, and 38.8 in 2011. Now another election is upon us in Ontario. Given that voter turnout is even worse in provincial elections than federal—a depressing 49 per cent of eligible voters cast a ballot in the last race—we’ll be lucky if we see so much as an infinitesimal Gen Y turnout on June 12. While we’re guaranteed to find out who will run Canada’s largest province for the next four years, we’ll never know who should run it in the minds of the demographic that will shape our future. Those odds aren’t getting any better.

Jane Hilderman, research manager and acting director at Samara Canada, a non-partisan organization working to improve political participation in the country, says that since the late ’70s Canada has “seen a decline in overall voter turnout driven by young people not voting at the same rate as their parents and grandparents.” Hilderman says theories abound, with researchers citing everything from “a decline of deference toward authority and the rise of individualism” to textbook lamentations about “Generation Me” (i.e. the notion that Millennials are too busy instagramming photos of their mediocre breakfasts to make it to the polls). Whatever the reason, says Hilderman, “Turnout will continue its slow decline unless something happens to reverse the trend.”

Given this reality, you’d assume that building civic literacy and preventing shoddy poll attendance would start as early as possible, say, in elementary school, when children are busy learning their times tables and the geography of Canada. While they’re busy with memory work, why not learn how many seats there are in the House of Commons? Ontario is the only province with a government-mandated civics program in Grade 10—one that is nine weeks long and was, until it was revised last year, riddled with erroneous, outdated information.

Nathan Tidridge, the history teacher who brought this issue to the media’s attention, is still displeased with the curriculum, namely its overreliance on feel-good concepts and disregard for specifics. “Citizenship is very important and diversity is one of the foundations of Canada,” Tidridge said last year on TVO’s The Agenda, “but we need to also instill in our students the fundamentals so that they see how our democracy works.” It would be good if they could remember how it works too.

Apply Ontario’s current civics education model to any other skill set students learn in school, and it’s immediately apparent why the program hasn’t affected voter turnout, or literacy. Imagine for a moment that the education minister in your province or territory suddenly announced, beginning tomorrow, that Canadian kids will no longer need to take math and French in elementary school on a routine basis; instead, they’ll only need to take it once, for a few weeks. Parents would revolt, obviously, because nobody would learn how to count, or speak a word of French beyond oui.

School boards across the country have been more than willing to champion new and improved financial literacy and computer coding classes to better prepare students for a new world. A nod to actual civic literacy in Ontario, and elsewhere, is long overdue in a democratic country.

There’s also a less obvious, but equally important, fairness precedent for a more comprehensive civics program. Research shows that families who discuss politics around the dinner table are more likely to vote, but not all families do discuss politics, just as not all family homes are filled with love, laughter, and in-depth discussions about Shakespeare and the theory of evolution. The difference is that a 12-year-old who comes from a home with parents ignorant about or disinterested in Shakespeare and evolution will be able to get his fix at school. He will read poetry and dissect frogs; his teachers will facilitate the intellectual conversations his parents can’t or won’t have with him. But if he wants to talk politics—Wynne vs. Hudak, Horwath vs. Schreiner? Well, there’s always the placard on the neighbour’s lawn.