Politics Insider for Jan. 25: Canada considers sending weapons to Ukraine; a convoy of protesting truckers makes its way to Ottawa; and Erin O'Toole's leadership gets questioned 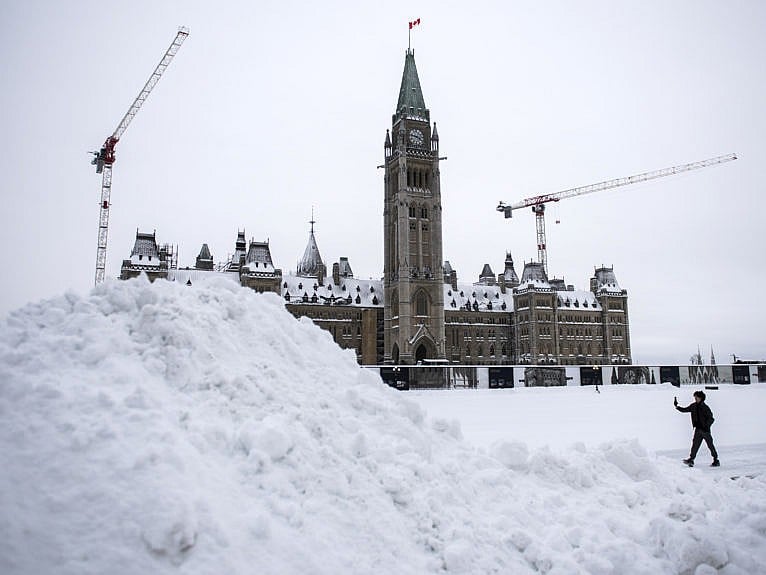 Under attack: Global Affairs Canada is coping with a multi-day network disruption that security and government sources describe as a “cyber attack,” likely from Russia, Global reports.

“GAC has been the target of a cyber attack but it is not clear if the Russians, the alleged perpetrators, hacked into the system or were able to merely disrupt its service,” a national security source, who spoke on the condition they not be named, told Global News. The Liberal government has been vocal in its support for Ukraine as Russia masses troops on the former Soviet state’s borders, with Ottawa announcing a $120 million loan to the Ukrainian government last week and re-committing Canadian soldiers to train Kyiv’s security forces.

According to the sources, who spoke on background as they are not authorized to discuss the proposal publicly, the federal cabinet will be asked to decide on the possible shipment of the small weapons along with the potential for increased military capabilities support for Ukraine from the Canadian Forces.

Out of storage? The Citizen reports that Canada might send arms that were originally destined for Kurdish fighters.

The $10 million package of small arms and anti-tank systems had been promised to the Kurds in 2016, but after Iraq raised objections the Canadian military put the equipment into storage.

Ottawa-bound: A convoy of hundreds of truckers and supporters left Calgary Monday en route for Ottawa to protest a cross-border vaccine mandate, the Star reports.

Thousands of truckers and supporters gathered in a group chat were looking for rides and praising “modern-day blue collar soldiers” standing up against vaccine mandates. A GoFundMe raising money to help the truckers with the cost of fuel, food and lodging along the way had reached more than $3.2 million as of Monday morning. As many as 26,000 of the 160,000 drivers who make regular trips across the Canada-U.S. border would likely be sidelined as a result of the vaccine mandate in both countries, according to the Canadian Trucking Alliance and the American Trucking Associations.

CPC support: The convoy increasingly seems to have the backing of Conservative MPs, CBC reports.

Ambiguous O’Toole: BUT, at a newser on Monday, Erin O’Toole dodged questions on his position on the truckers, the Post reports: “It’s not for the leader of the opposition or a political party to attend a protest on the hill or a convoy. It’s up to politicians to advocate for solutions in a cost-of-living crisis, in a supply chain crisis in a way that’s responsible and respectful of the public health crisis we’re in.”

Not a leader? O’Toole’s ambiguous position on the protest suggest he is not really a leader, Althia Raj writes in the Star.

Not bothered: O’Toole says he doesn’t “really mind” that Saskatchewan Tory MPs from Saskatchewan have confirmed Senator Denise Batters as a member of their provincial Conservative caucus, even though Mr. O’Toole removed her from the national caucus, the Globe reports.

Ontario near deal: Sources tell the Star that Ottawa and Ontario are “very close” to a deal on $10-a-day child care, after Nunavut unveiled its agreement Monday, which leaves Ontario as the last holdout. “I expect a deal to be finalized shortly,” a Ford confidant told the Star.

Lithium objection: Former Conservative minister Peter MacKay thinks it’s terrible that Canada has agreed to let the Chinese buy a Canadian lithium company without a security review, he writes in the Post.