OTTAWA – The Trudeau government is extending public consultations to find out what Canadians want to see in a new North American Free Trade Agreement.

The consultations were to end today but officials say the government will continue indefinitely to accept responses to its online survey, which asks Canadians to identify their priorities for a renegotiated deal, what elements of NAFTA they want to preserve, what should be improved and what new issues need to be addressed to modernize the 23-year-old agreement.

The government will also be staging a number of townhall-style meetings to further canvass Canadians’ views on the matter.

The townhalls are to take place before mid-August, when formal negotiations are expected to begin.

The intensified effort to hear from Canadians comes after the United States revealed Monday its wish list for a new NAFTA that will deliver on President Donald Trump’s promise to get a better deal for Americans.

“It is important that we do engage with people so that they can understand the benefits of NAFTA and the benefits of the Canada-U.S. economic relationship,” said Adam Austen, spokesman for Global Affairs Minister Chrystia Freeland.

Since Americans embraced Trump and his unabashedly protectionist, America-first agenda last November, the Trudeau government has spared no effort to build bridges to the new administration, and cultivate pro-trade allies in Congress, trade-reliant states and the U.S. business community.

That includes Prime Minister Justin Trudeau’s speech last week to a meeting of governors, where he reminded Americans there are 9 million U.S. workers whose jobs depend directly on trade with Canada, which is the top export market for two-thirds of all states.

The federal government has also enlisted premiers and Canadian business leaders to bolster its sales pitch to Americans.

At home, it has received some 12,000 written submissions and consulted extensively with some 450 stakeholders, primarily management and labour in the industry sectors most dependent on maintaining an open border with the U.S. _ automotive, aerospace and food processing sectors among them. 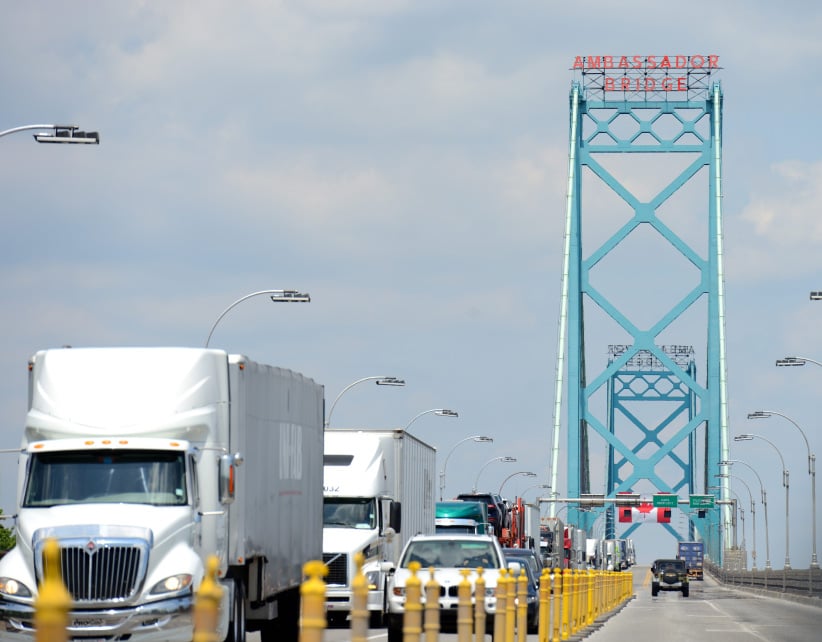 But so far the sales job to ordinary Canadians has been more low-key, notwithstanding Trudeau’s admonition that political leaders must do a better job of explaining the benefits of freer trade to anxious workers who feel they’ve been left behind by globalization.

In part, officials say a full court press domestically hasn’t been necessary because the anti-trade sentiment that has swept the U.S. and Europe is largely absent in Canada, where people realize the country’s relatively small market depends on trade for jobs and economic growth.

Polls have suggested that just half of Americans support NAFTA, whereas as much as 80 per cent of Canadians are behind the trilateral trade deal between Canada, the U.S. and Mexico.

It helps that the Liberal government’s main opposition, the Conservatives, have committed to presenting a united, non-partisan, Canadian front on NAFTA and have been echoing many of the same arguments in favour of free trade.

“We believe that trade is good for both countries but when we’re in the U.S. we can’t just ask them to do it out of the goodness of their heart,” newly minted Conservative Leader Andrew Scheer said in a recent interview.

“We have to make the economic case and show the thousands of Americans that have jobs thanks to trade with Canada.”

However, New Democrats are demanding that Trudeau “come clean” on his own priorities for the renegotiations and make it clear that he’ll fight Trump’s proposed changes, which the NDP maintains “could have disastrous consequences for many Canadian industries, including dairy and steel.”

Among other things, the Trump administration wants better access for U.S. agricultural exports, freer trade in telecommunications and online purchases and an overhaul of the dispute resolution mechanism.

While U.S. law required the administration to disclose its negotiation objectives, there is no similar requirement in Canada and no desire to reveal what changes the Trudeau government might be willing to accept. Officials are adamant that they won’t conduct negotiations in public.

Still, Monday’s disclosure of the U.S. wish list was greeted with a sigh of relief in Ottawa, where government officials were pleased that it stuck to predictable proposals and did not include any of the extreme rhetoric about ripping up NAFTA that Trump has employed in the past. Indeed, the toned-down nature of the American objectives was taken as a sign that Canada’s intense outreach effort in the U.S. is already paying off.

“I think they’ve done the best possible job they can with an administration where they can’t predict where they’re going to go,” said Andrea van Vugt, the Business Council of Canada’s vice-president of North America and one-time foreign affairs and trade adviser to former prime minister Stephen Harper.

“In negotiations, the things that are most important are to have a really good relationship with your partner so when things get tough you’ve got the relationships to call and say, ‘I know this is tough so we’ve got to work our way through it.’ I think that they’ve worked on building a good ground campaign amongst congressmen and governors to support NAFTA.”

Van Vugt said the U.S. objectives amount to “an update” of NAFTA, “a bit bigger than a tweak.”