Who will run with Clinton? A peek at the shortlist

The shortlist is not said to include Bernie Sanders, Clinton's biggest campaign rival

By Julie Pace and Lisa Lerer, The Associated Press June 20, 2016 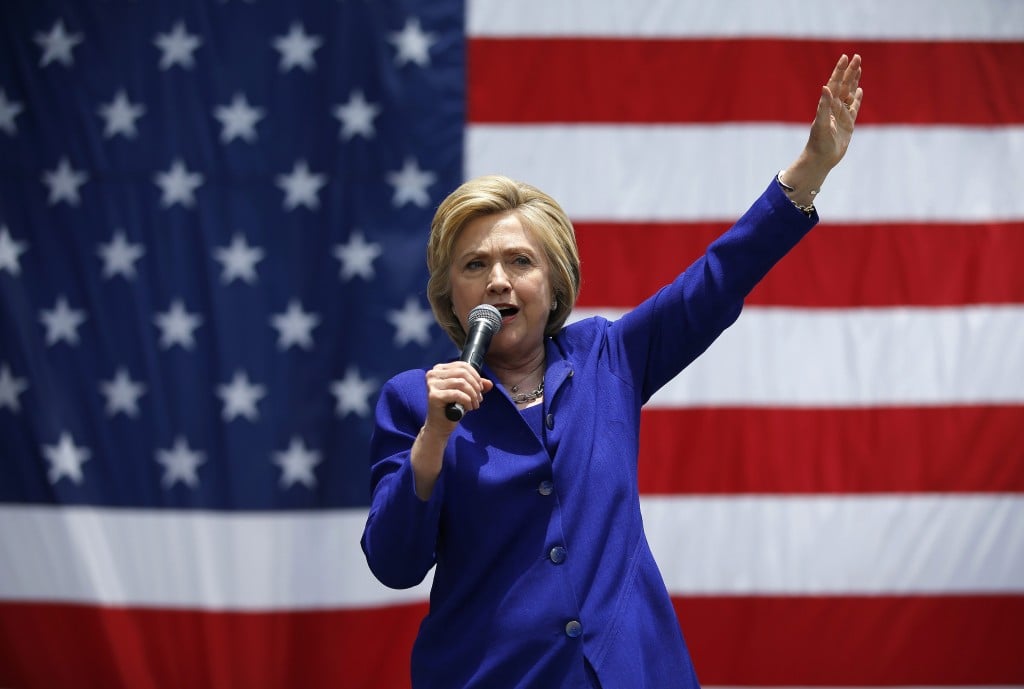 WASHINGTON – Hillary Clinton’s search for a running mate is moving into a more intense phase, according to several Democrats, as aides contact a pared-down pool of candidates to ask for reams of personal information and set up interviews with the presumptive Democratic nominee’s vetting team.

Those on the shortlist include Massachusetts Sen. Elizabeth Warren, a favourite of progressives who has emerged as a blistering critic of presumptive Republican nominee Donald Trump; Virginia Sen. Tim Kaine, a well-liked lawmaker from an important general election battleground state; and Housing and Urban Development Secretary Julian Castro of Texas, a rising star in the Democratic Party.

Vermont Sen. Bernie Sanders, Clinton’s toughest primary rival, is not on the shortlist of vice-presidential candidates, according to one Democrat.

A small group of Clinton campaign confidants has been sifting through publicly available information about more than two dozen possible contenders for more than a month. But with Democratic primary voting wrapping up last week, the list has been culled significantly and the campaign has begun contacting those under consideration.

Several Democrats described Clinton’s vice-presidential search process on the condition of anonymity, because they were not authorized by her campaign to publicly discuss it.

Warren, one of the Senate’s most outspoken liberals and a proponent of tough Wall Street regulation, has long been viewed as a running mate who could help Clinton appeal to Sanders’ loyal supporters. She is also relishing taking on Trump, blasting the businessman in speeches and on Twitter as a “thin-skinned, racist bully” – embracing a running mate’s traditionally aggressive role.

While Warren and Clinton do not have a close relationship, they recently met for about an hour in Washington. The senator also gave a pep talk to staff at the Clinton campaign’s Brooklyn headquarters last week.

Kaine, a former Virginia governor who previously headed the Democratic National Committee, is well-liked within the party and is more moderate than Warren. While he may not excite liberals, he’s seen as a running mate who could appeal to independents and swing voters in his home state and elsewhere.

President Barack Obama thoroughly vetted Kaine as he searched for a running mate in 2008, ultimately passing over the Virginian in favour of then-Delaware Sen. Joe Biden.

Castro, a telegenic 41-year-old Texan, would bring youthful enthusiasm to Clinton’s campaign and would be the first Hispanic on a major party ticket. Obama plucked him from his post as San Antonio mayor in 2014 to serve in the Cabinet, a move seen by some Democrats as a way to bolster Castro’s national profile for a potential vice-presidential run.

Warren, Kaine and Castro represent the two schools of thinking about the running mate pick that have emerged among those closest to Clinton’s campaign.

Some advisers believe Clinton should pick a running-mate that would energize Democrats: a woman, a staunch liberal or a minority. Others argue that Trump’s deep unpopularity gives Clinton an opportunity to win over a share of independents and Republican-leaning voters with a more centrist pick, such as Kaine.

Clinton is also said to be cognizant about the risks of tapping a senator who would be replaced by a Republican governor if Democrats won in November. That’s a particular liability for Ohio Sen. Sherrod Brown and New Jersey Sen. Cory Booker. Clinton’s campaign is said to have considered both, but it was unclear Monday whether either would be fully vetted for the vice-presidential slot.

While Warren’s seat would be temporarily filled by an appointee named by Massachusetts’ Republican governor, the state would hold a special election for a permanent replacement.

A handful of other Democrats are also said to be under consideration, though the full list is being closely guarded by the Clinton campaign. Longtime Clinton allies John Podesta and Cheryl Mills are overseeing the search and few people beyond them are believed to know the full list of candidates being vetted.

Clinton herself has been vague in describing her thinking about picking a running mate.

“I’m looking broadly and widely and I’m gonna begin to really, you know, dive into thinking hard about this,” she told CBS News earlier this month. “I’m gonna be looking, first and foremost, as to who I believe could fulfil the responsibilities of being president and commander in chief.”