How an astrophysics teacher became the ultimate oracle of Canadian elections

Philippe J. Fournier studied the deep cosmos in grad school. Now he teaches by day and transforms into an election modelling whiz by night—sometimes all night. 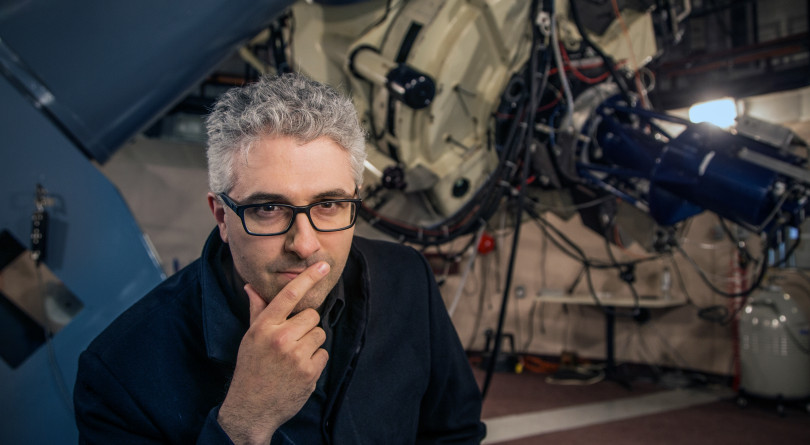 Fournier at the Mont-Mégantic Observatory (Photograph by Roger LeMoyne)

When Philippe J. Fournier was working on his master’s degree in physics in the early 2000s, he spent some 200 overnight hours at the Mont-Mégantic Observatory just east of Sherbrooke, Que., home to one of the largest telescopes in eastern Canada. His research into massive Wolf-Rayet stars required a sort of monastic discipline to sleep during the day and get through sundown-to-sunrise shifts in the observatory with only a hash-smoking technician for company.

Fournier would photograph the deep cosmos using the Ritchey–Chrétien telescope, then step out on the balcony of the observatory to see the star-splashed sky, far from the dulling effects of city lights.

“You work alone long nights with coffee—that was where I drank my first coffee—and you just have data about the universe. And you have to not come to conclusions right away but just look at the data coldly,” he says. “Whether you have an opinion on stars or black holes, it does not matter in astrophysics. All that matters is hypotheses and whether you can check those hypotheses.”

READ MORE: A new 338Canada projection has the Tories safely in majority territory

These days, Fournier, 39, is teaching physics at Cégep de Saint-Laurent in Montreal, but the side gig that consumes his restless brain and countless hours—sometimes overnight, if he gets so absorbed that he forgets to go to bed—is crafting election projections. And, as in his grad school days, Fournier’s approach is to obsessively follow the data and let it tell the story. 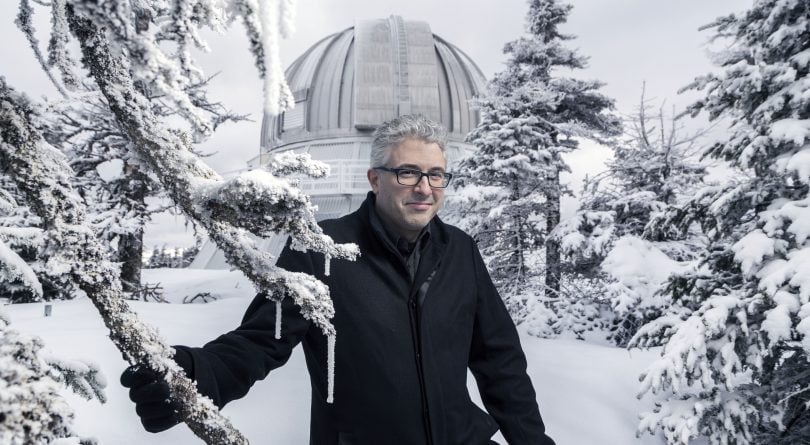 The computer model that produces his projections is based on a Big Bang simulator he wrote at his college, but instead of plugging in variables like mass and gravitational field, he uses poll results, electoral districts and detailed demographic data gleaned from the census to run election simulations in various jurisdictions. Astrophysics to politics isn’t as odd a leap as it seems, he says, because it’s still building virtual worlds and populating them with data to see what happens. “When you build a simulator, you can make it say whatever you want,” he says. “The approach that I had is I wrote basically a video game.”

He first started experimenting with it during the 2016 U.S. presidential campaign, when the gap between the numbers and the talking heads confidently predicting Donald Trump had no chance to win made Fournier want to tear his hair out. The media and public caught wind of his project during the 2018 Quebec election, when he started writing blog posts about his projections on qc125.com that quickly went viral.

Beyond the raw data he feeds into his model, Fournier painstakingly studies the political landscape riding by riding so that he can, say, recognize when a star candidate vastly outperforms their party and account for those “hyper-local effects.” He now has a powerful Dell consumer computer that can run his Python script in two to three hours; his previous machine needed to run overnight, and sometimes he would wake up in the morning to find it got stuck on a glitch, or that a new poll had come out and he had to start all over.

RELATED: A Green-NDP merger? It could be a big hit.

Fournier called 90 per cent of ridings correctly in the 2018 Quebec and Ontario elections, and he will be providing Maclean’s with analysis leading up to the fall federal election. Although his assiduous focus is on the numbers, he’s also developed an instinctive feel for things. In the recent Prince Edward Island election, a version of Fournier’s model, which was simplified due to the lack of polling data, projected the Green Party could win a majority government, but on the night of the vote, just as Islanders were about to count their ballots, he thought to himself, “The Greens are not winning.”

He’s particularly proud of his recent Alberta election work, which correctly called the winners in 94 per cent of seats, and three of those it missed fell within the margin of error. Those misses were in large part because the polls on which the model was based underestimated the sweeping popularity of Jason Kenney’s United Conservative Party. “Usually, if the polls are right, I’m right,” Fournier says. “But my nightmare scenario is the polls are right and I’m wrong.”

In part to provide himself with a fun distraction from the election-night stress of waiting to see how his projections hold up, Fournier has also started doing NHL game projections. Over Christmas vacation, when his wife was teaching a lot of yoga classes and he found himself at home alone with his cats, it occurred to him that the NHL website was a trove of data just waiting to be used, so he built a simple model that he hoped would correctly predict game outcomes better than half the time. Through the second half of the 2018-19 season, his accuracy rate was 56.2 per cent. “If you’re a bettor in Las Vegas, you can make money off that,” he says. “It’s just that I don’t have the stones to do that.”

Sports fans are considerably nicer than political partisans when it comes to responding to his prognostications, he notes. And the work he’s doing now doesn’t seem to Fournier to be so far away from his observatory days.

MORE ABOUT THE 2019 FEDERAL ELECTION: