How money and advertising matter now in federal politics 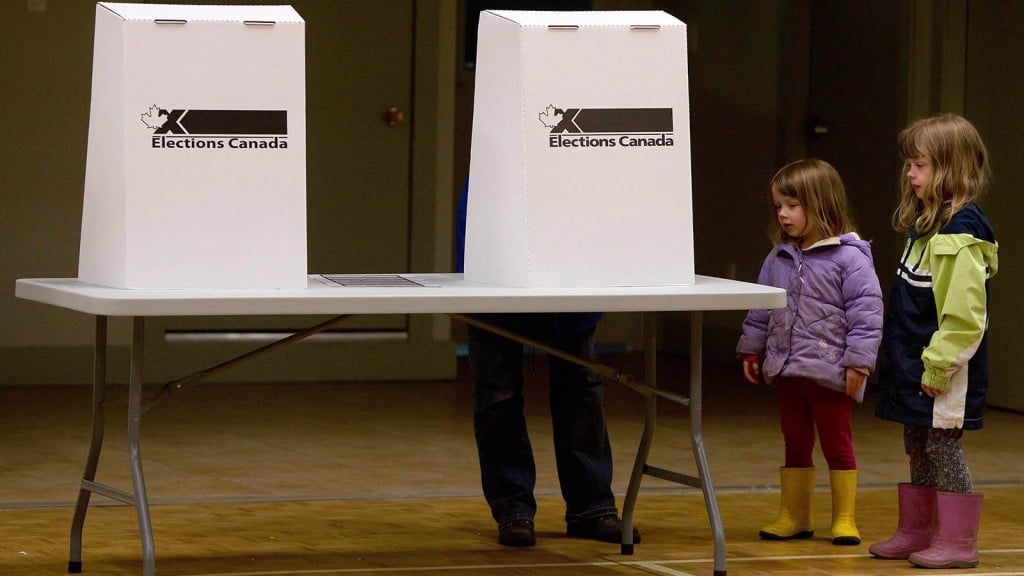 Those restrictions might always compel a certain degree of sanctity, or, at least, relative sanity, but the system has rapidly come to seem outdated, undermined by new realities of politics and advertising.

There are at least two holes in the current system.

First is the absence of limits on spending outside the official election period. Any notion that election campaigns were merely five-week affairs that occurred every four years is now nearly quaint. Current limits on party spending only apply to the so-called “writ period”—the time from when Parliament is formally dissolved and a new election is held (typically, this campaign period has been about five weeks). In their years of minority government, with the possibility of an election constantly looming, the Conservatives used pre-writ advertising in substantial amounts to attack their opponents and promote their cause. At the time, and still now, the Conservatives were markedly better at raising money and, thus, could take better advantage of this unregulated space between campaigns. The Liberals and New Democrats, along with improved fundraising efforts, have belatedly joined the unofficial campaign. The result is a permanent campaign that nearly renders moot any idea of an official campaign period.

In 2014, Liberal Sen. Dennis Dawson tabled a bill that would have established limits on spending between elections. This, he argued, would maintain the “level playing field” that election limits are supposed to create. “The outcome of our elections should not depend on the size of any political party’s coffers,” he said. “Elections should be decided through a fair contest of ideas, not through a contest of who can spend the most.”

Former chief electoral officer Jean-Pierre Kingsley also recently expressed concern with the situation. “Eventually, what we’re going to see is the erosion of the financial controls that Canada has been developing over several generations,” he told the CBC. “When we lose the financial controls, we lose the ability to maintain what we call the level playing field, which is at the very core of our electoral act.”

Also worth considering: While spending during the writ period has to be reported, spending outside the official campaign is not publicly accounted for, leaving us to guess at how much of an advantage any party or parties might have.

But Bill C-23, the Harper government’s so-dubbed Fair Elections Act, created another loophole. As Alice Funke explained in a post for PunditsGuide.ca earlier this year, when Parliament passed that bill, it allowed for an increase in the campaign spending limit for any campaign that runs longer than the typical 37 days: The longer the campaign, the higher the spending limit. Funke, for instance, imagined that the Conservatives could have Parliament dissolved for July 1, with the vote to be held on Oct. 19. Suddenly, an official 37-day campaign with a spending limit of around $26 million per party becomes a 100-day campaign with a spending limit of $77 million. In the 2011 election, the Conservatives, Liberals and New Democrats all spent the $21-million limit. But could all the parties afford to spend $77 million? Or would there be a significant disparity in the money spent by the major parties?

The new limits provided for by the Fair Elections Act have already come into play in three by-elections. There are currently vacancies in the Ontario ridings of Peterborough, Ottawa West-Nepean and Sudbury, but, rather than hold by-elections shortly before a general election, the Prime Minister called votes for each on Oct. 19, effectively creating 169-day campaigns. So, whereas candidates might have had $80,000 or $90,000 to spend in each riding, the new limits range from $446,064 to $508,682.

Funke also noted that a longer writ period would limit the ability of third-party advocacy groups to advertise. The Fair Elections Act did extend the increase to third-party advertising, though it’s also true that the limit for third parties ($150,000 for a 37-day campaign) is a fraction of the amount allowed for federal parties.

It might argued somewhere here that parties and politicians should be free to spend whatever citizens are willing to give—that the ability to raise a large amount of money demonstrates public support that should not be reined in or restricted, that a sort of Darwinian principle should allow parties to succeed or fail on their own abilities to appeal to the public. But the foreseeable consequences of that might not be desirable, particularly were it to lead to a system where the politicians with the most affluent friends or supporters are able to dominate the system (or if it became very difficult for new parties to succeed, or if the need to fundraise off contentious issues resulted in destructive polarization).

The spoils of power

The other consideration, elevated to prominence in recent years, is official government advertising. Most government advertising must cease during the writ period, but, until then, the government, as demonstrated to nearly everyone who owns a television, is free to promote its good deeds. The Harper government has been variously criticized for its spending in this regard and, last month, it was reported to be planning a $7.5-million campaign to promote its latest budget.

A proposal by Liberal MP David McGuinty would have all government advertising vetted by a commissioner appointed by the auditor general, similar to how government ads are reviewed in Ontario. (Note: Ontario’s Liberal government is currently trying to amends its laws.) Such a system might at least restrain the ability of the federal government to promote itself with public funds.

Of course, the above primarily covers television advertising. Though perhaps not as expensive or effective, we could expand the conversation to include the mailing privileges of MPs.

However and wherever directed, there is thus room for many millions of dollars to be spent between now and whenever an actual vote is held. The goal should surely be that those millions are at least spent on something like a fair basis.