How much do voter polls shift opinion?

When voters ask critical questions of polls, they're better informed at the ballot box 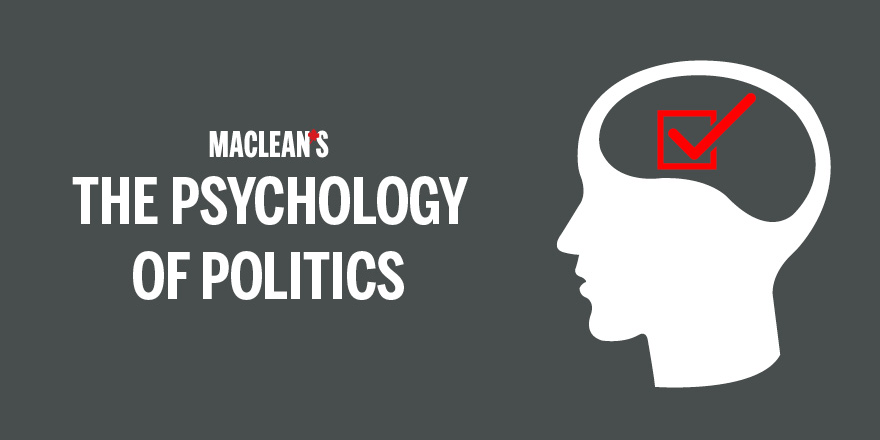 Do polls merely reflect public opinion and vote intention? Or do they also have a role in shaping it? Our series on the intersection between psychology and politics continues.

Many of the phenomena we’ve come across so far in this series apply to polling: framing, priming, and on-the-fly opinion formation. On top of those, the bandwagon effect is particularly important when it comes to how polling affects our thinking. During an election in which strategic voting is more prominent than ever, this effect could be decisive.

If I were writing a movie about Canada’s 42nd general election, I’d probably call it Election 42: Rise of the Polls. Why? Well, during this long, unusual, and close three-way race, I’ve seen more polls than I can ever remember seeing during an election. Granted, I haven’t been around for all that many contests, but I’m told by those who have been, and those who study them, that the surfeit of polls we’re seeing this time around is something special.

That’s saying something. Polling is expensive and complicated. Polls themselves can be enthralling, useful, dangerous, and ever so slightly spooky. Somehow, with what seems like a small sampling of individuals, well-conducted polls can tell us a lot about how people are thinking or intending to behave, and they can make us reconsider our own thinking or behaviour. So polls can be powerful. And while I’m trying to resist quoting Ben Parker here, I don’t think there’s a better way to put it than this: With great (polling) power comes great responsibility.

More from David Moscrop: You’re not the voter you think you are

Moreover, in a world in which polling firms are in fierce competition for clients and attention, and in which landlines are less common and individuals are harder to reach, the race to develop affordable and effective methods means that pollsters are facing a challenging environment. On the one hand it’s a time of opportunity: to leverage new methods and communications technologies to reach people; on the other hand, it’s a time of risk: polls aren’t neutral. They influence the world while they reflect it. They shape and create opinion as they measure it. So we have an awfully tricky knot to untie in our effort to understand how people think about polls and how those very same polls affect their thinking.

How do polls affect our thinking about issues and elections?

In previous weeks, I asked whether Canadians actually have opinions. It turns out that people often come up with positions on the fly when asked what they think about one issue or another. So, we can immediately conclude that polls have at least one important effect: they get people thinking, in general, about the political world around them, and they get them to come up with an opinion or a vote intention if they don’t already have one. But while polls may generate and reflect a sampling of what people are thinking and hearing about an issue in a given moment, they may not capture how much people care about that issue and cannot capture how people will feel about it in the future. So questions, concerns, and matters that seemed, just days ago, to be so important fall off the radar. Does anyone remember the Duffy affair? The slew of naughty candidates? Refugees?

But that’s issue polling. What about everyone’s favourite kind of poll? The bread and butter of the nightly news or the up-to-the-minute social media newsfeed? That’s right: the horse-race poll! Everyone loves these things. And that’s understandable—especially in an election like the current contest, which has been exciting to watch, since it has been so close. These races are unpredictable and exciting. They make us feel like something is at stake, and that anything could happen. And we get to watch! But what is the effect of polling on the race? Do polls change how people think as much as they reflect thinking?
The bandwagon effect
There’s a lot of scholarly debate about the bandwagon effect—when people follow the lead of the majority. This effect occurs when the popularity of a candidate or party or position affects how others think or feel about these things by favouring what’s popular. For instance, in 2011, the NDP surge in Quebec looked like a product of the bandwagon effect. Once the party gained momentum in the province, it looked like everyone jumped on board (though this is disputed). So polls may affect how people think about the parties and how they intend to vote by providing a snapshot of which party (or candidate or opinion) is popular at the moment.

In short, the bandwagon effect works like this: Hey, what’s everyone doing? That? Oh, I want to do that thing! Just replace “do” with “vote for” or “think that way about” or “wear/listen to” and you’ll find that the effect travels well.

Horse-race polls have shifted a great deal over the last few months. The NDP has been in decline (especially in Quebec), while the Liberals and the Conservatives have risen steadily. Of course, these are aggregate numbers—projected seat counts are different than popular support—and it’s hard to tell for sure during an election whether the polls are affecting how people feel about the parties and how they intend to vote. But it looks like that’s what may be happening in Election 42.

The bandwagon effect is real and could be particularly important, even decisive, in a close race in which strategic vote considerations are so important (i.e. in which a voter wants to know which party is most popular and likely to win compared to a party they do not like and want to see defeated). In the current race, it could be that the NDP is seeing the flipside of the bandwagon effect: a mass abandoning of the party once its popularity starts to wane and strategic (and other) voters start to re-evaluate their best choice for defeating the Conservative party.

More from macleans.ca: What leaders say is important. How they say it also matters.

At this point, it’s worth mentioning some caution. The bandwagon effect may be moderated by a few things, such as how much you care about an issue or party or candidate, or how much you know about them. And in the mucky and malleable day-to-day world of electoral politics, what seems to be the bandwagon effect may just be a mass change in opinion based on other evolving factors, such as new developments in policy offerings, gaffes or scandals, and changing strategic considerations.

So while the bandwagon effect is real, and should be taken into account when you’re thinking about polls in this election, keep in mind that there could be other factors at play in determining how fellow voters feel about a candidate or party that experts can’t isolate and identify.

Sadly, researchers don’t have the skills of the Amazing Kreskin. Yet.
Framing and priming
In a previous post, I discussed framing: the phenomenon that holds that word choice has an impact on how people think or feel about the subject at hand. I also talked about priming: the notion that how you are prepared to receive information influences how you think about that information. When it comes to polling, it’s obvious why these phenomena matter: How a question is worded and the context in which you are asked it will affect how you respond to it. For instance, it could matter which party is listed first, second, third, and fourth in the question order. It could also matter whether you’re asked after reading a story about how Party A is surging or Party B is tanking.

Push-polls are extreme examples of framing effects (and on-the-fly opinion generation) at nefarious work. These polls are aggressive, politically motivated, and deserve quotation marks around the word “polls”—they aren’t really polls at all. They’re designed to elicit the response that the caller—more accurately, whomever is funding the calls—wants. They go something like this:

Hello, Mrs. Vanderbilt? Yes, I’m calling from Strategic Strategy Solutions Incorporated Unlimited. I just wanted to ask you a few questions. First off, wouldn’t you agree that Party Q, which wants to take more of your hard-earned tax dollars to spend on foreigners, is out of touch with the values of middle-class Canadians? Oh, you do agree? Splendid!

That’s a bit of a caricature, but you get the idea. The New York Times published a nice, short, primer on push-polling.

So what should we think about polls?

Polls aren’t neutral tools. They’re affected by the world in which they’re run and they in turn affect that world. But this point shouldn’t be overstated. The academic literature on the subject of how polls affect thinking—and how thinking affects polls—is evolving and has yielded mixed results. That said, not all polls are created equally. Some are done poorly, which can skew perceptions, affect the election they’re trying to cover, and hurt both the integrity of the contest and the credibility of the polling industry. In short: the science (and art) of polling is evolving, the field is in transition, and the risks are real, as this Tyee piece explains well.

As members of the public, we should remain conscious of phenomena like the bandwagon effect, opinion formation on the fly, framing, push polling, and the limits and challenges of polling. That way, when we’re thinking about who we want to vote for, or what our opinion is on some issue, or when we’re evaluating the latest poll and its implications, we can ask the right questions, offer a critique or two when necessary, and make smarter, more honest, and more informed decisions.

Tom Spears. Election polling: The psychology of unlocking our opinions. The Ottawa Citizen. 2015.