Canada's cities were big winners when the Liberals tabled their fourth budget. They met all the big players in government. Not all lobbyists were so lucky. 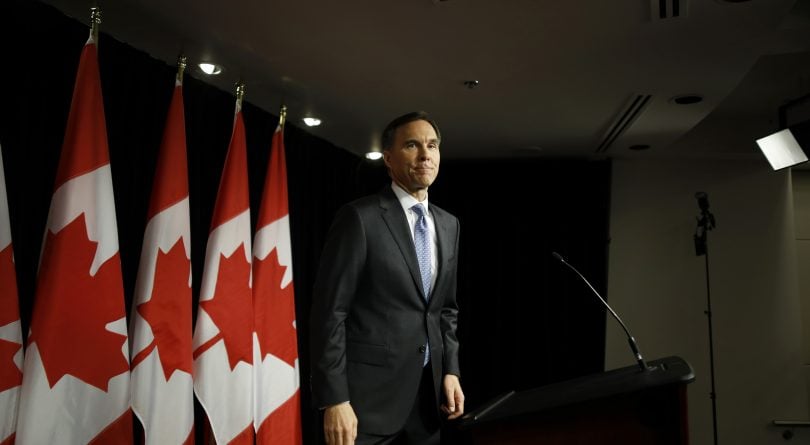 Finance Minister Bill Morneau might get all the glory unveiling the government’s fiscal plan in the House of Commons, but its creation was much bigger than him. The making of a federal budget is a messy, months-long meat grinder of public consultations, high-powered lobbying and parliamentary debate. Morneau and the Liberals want to claim they found the best ideas across the land; everyone else wants a piece of the pie.

Sometimes, lobby groups hit the jackpot. That appears to be the case in this year’s budget for the Federation of Canadian Municipalities (FCM), the national voice of Canada’s cities. The feds plan to shovel $2.2 billion to cities—before the end of the fiscal year—for short-term infrastructure priorities, and FCM will manage another billion dollars of federal money this year directed at making buildings more energy efficient. All of these funds will be doled out before the next election.

That meeting was the culmination of almost two months of lobbying, in which FCM met once with Morneau’s chief of staff, Ben Chin, and three times with deputy chief of staff Justin To.

Chin was a popular target for the lobbying masses. Federal records list Chin as attending at least 47 meetings in the pre-budget period, more than any other senior official during that time, with organizations as diverse as Universities Canada, Suncor Energy, Innovative Medicines Canada and the Canadian Home Builders’ Association.

Racking up meetings doesn’t hurt, but lobbying isn’t all about quantity. Goldy Hyder, the CEO of the Business Council of Canada, met once with Chin on Jan. 24. He may have raised what ended up becoming a relatively big-ticket item in the budget: more than $750 million over six years for work-integrated learning programs that match students with employers. Hyder’s Business Council helped launch the Business/Higher Education Roundtable (BHER). The feds tapped that group to help coordinate what Morneau calls an “ambitious measure”: creating 84,000 new student work placements in five years. The BHER wasn’t alone in promoting more student placements: Universities Canada pitched the same idea, as did a coalition of research universities, the University of Alberta on its own, and Colleges and Institutes Canada.

Some of the most active lobbyists walk away without the precise items from their wish list. The Canadian Home Builders’ Association (CHBA), along with other housing groups, urged the government to re-introduce 30-year amortization periods for first-time buyers with insured mortgages. The CHBA lobbied Chin, several ministerial policy advisors, and dozens of MPs and senators in early 2019. In testimony to a parliamentary committee, Home Builders’ CEO Kevin Lee said “some 80,000 potential homebuyers were knocked out of the market” when the feds reduced maximum amortization to 25 years, and that it’s “time to get some of those back.” Despite pre-budget reports that federal officials were seriously considering that recommendation, the budget made no changes on amortization. The Home Builders and other groups, including Mortgage Professionals Canada (MPC), asked the government to revisit the “stress test” that ensures potential buyers can actually afford their new homes. The budget was mostly silent on any changes to that, too. (MPC did, for its part, recommend the feds increase the amount home buyers can withdraw from RRSPs to faciliate purchases—and the government acted on that, boosting the maximum withdrawal limit for the home buyers’ plan from $25,000 to $35,000.)

Pharmacare was expected to be an area of focus in the budget. One of the biggest items related to that field is a two-year infusion of $1 billlion to make high-cost drugs for rare diseases more affordable. The budget documents credited the House of Commons Standing Committee on Health and the Advisory Council on the Implementation of National Pharmacare with raising the issue. But Innovative Medicines Canada, which represents pharmaceutical companies and counted meetings with at least 10 senior officials—including two with Chin, one with Morneau, and several with advisors in the Prime Minister’s Office—talked up the importance of innovating to treat rare diseases in its pre-budget submission.

All told, the 2019 budget announced more than $22 billion in new spending over six years. Behind every one of those dollars is someone asking for them. As ever, it’s all about who you know—and how often you can meet them.