How the Liberals are taking on their toughest files 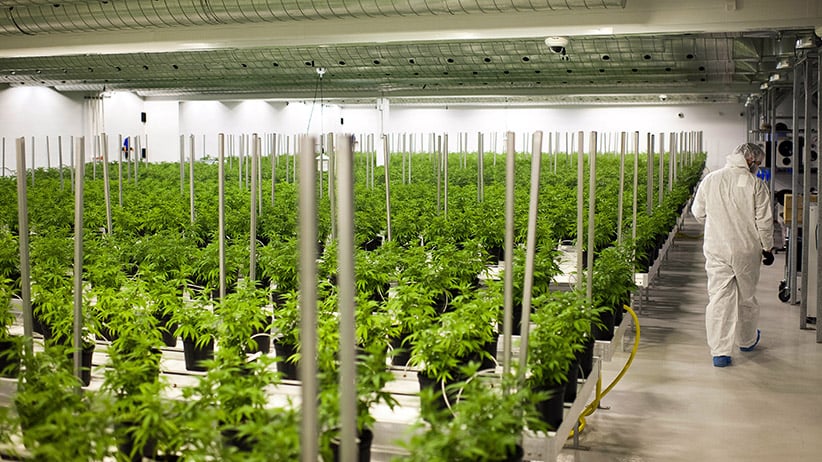 Anyone looking for members of Justin Trudeau’s cabinet who embody his vision of Canadian society has no shortage of likely candidates. Following him down that sunlit lane to Rideau Hall to be sworn in last fall, they were a political marketer’s dream: half of them younger than 50, precisely as many women as men, visible-minority ministers striding into several key portfolios. The flattering pictures told of youth, fresh perspectives and a changing of the political guard.

If Trudeau named a point man for diversity, however, it was a 66-year-old white male, one who has been an MP for a decade and a half and toiled in the cabinets of two previous prime ministers. “I’m an anomaly,” John McCallum says. As minister of immigration, refugees and citizenship, McCallum headed Trudeau’s first signature undertaking: bringing 30,000-plus Syrian refugees to Canada in a matter of months. The project cemented the new Liberal government’s enviable reputation abroad, and might have gone to the head of a politician who brought less hard-earned realism to the job.

Not McCallum, though. In a recent interview, he was in no mood to dwell on the success of the Syrian refugee effort or suggest it signified all that much. “Yes, Canadians are generous, but that generosity is not unlimited,” he says. “Canadians will accept immigration, but largely for economic reasons. A certain number of refugees, but going forward, the emphasis will be more on immigrants who can quickly contribute to the Canadian economy.”

As a former Royal Bank of Canada chief economist and later Jean Chrétien’s defence minister, McCallum’s CV lends credibility to his no-nonsense tone. But he’s not the only Trudeau minister pivoting this fall to more pragmatic messaging. After all, the Liberals face harder policy decisions in the government’s testing second year than they did in its heady first months. And how much they accomplish on a few files—like home care and marijuana, as well as immigration—will go a long way to showing whether the Trudeau’s highly watchable crew merely reflects a changing Canadian society, or will actually drive social change.

So McCallum must sell immigration reform as smart economic policy, while trying not to disappoint the new Canadian voters who swung in droves to the Liberals from the Conservatives last fall. Health Minister Jane Philpott must stare down the provinces’ demands for health transfers that would strain Ottawa’s fiscal capacity, while coaxing them into helping her make good on a key platform promise to expand home care. And MP Bill Blair, the former Toronto police chief assigned by Trudeau to deliver a plan for regulating marijuana, must somehow bring order to an increasingly free-wheeling pot marketplace that isn’t waiting for federal direction. 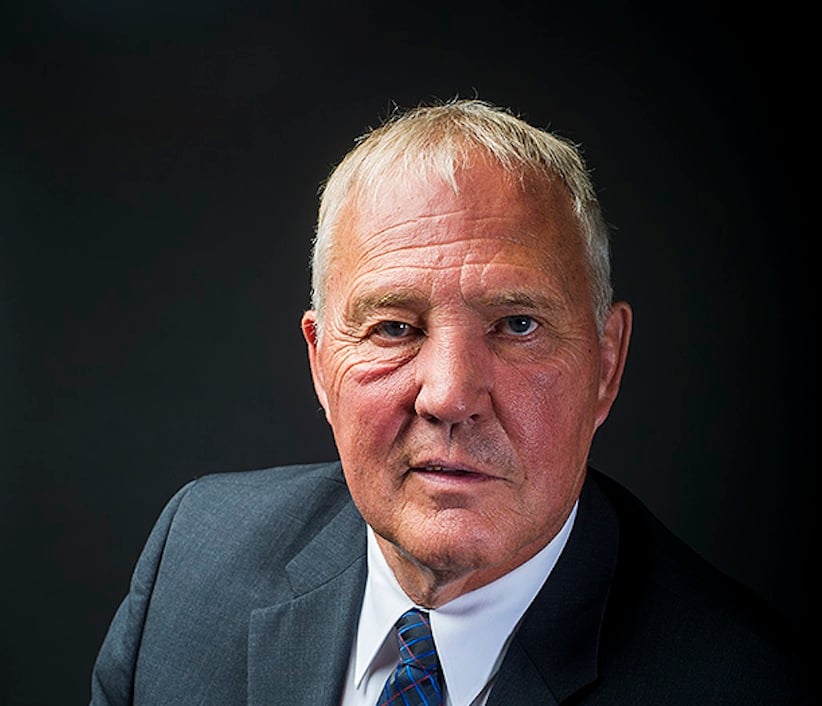 Former Toronto chief of police and current Liberal MP Bill Blair faces a tough file as he works on a plan to regulate marijuana in the coming year. (Photograph by Cole Garside)

It was on marijuana that Trudeau ﬁrst demonstrated a willingness to take risky stands on challenging social issues. When he declared his intention to legalize it way back in the summer of 2013, his party’s youth wing cheered. If some older Canadians remained wary, the 2015 Liberal platform tried to reassure them that a Trudeau government would “create new, stronger laws to punish more severely those who provide it to minors, those who operate a motor vehicle while under its influence and those who sell it outside of the new regulatory framework.”

A task force headed by Anne McLellan, a Chrétien-era justice minister, is slated to report back by the end of next month on how to proceed. After Blair grapples with that report, legislation is supposed to be tabled next spring. McLellan has already said she favours some sort of go-slow approach, but the entrepreneurs who have rushed to open hundreds of storefront marijuana shops in anticipation of Ottawa’s next step apparently have other ideas.

Vancouver Mayor Gregor Robertson faults Trudeau’s government for creating an immediate problem for the cities, which must somehow cope with all the illegal dispensaries. Eventually enforcing tighter federal rules on a pot retail sector that’s boomed in a regulatory vacuum will be a huge challenge. Meanwhile, the Federal Court ruled that medical-marijuana users can grow their own, rather than having to buy from licensed producers, creating another change that’s bound to be hard to roll back. “The policy context is getting more complex in Canada,” warns Rebecca Jesseman, a senior policy adviser at the Canadian Centre on Substance Abuse.

On the Liberal promise to actually crack down, not loosen up, on marijuana use among young people, she says education is a better bet than regulation. Her centre has highlighted, for instance, evidence of marijuana’s harmful effect on brain development. “Youth are hungry for accurate information, they want it presented in a non-judgmental way, they want to know the facts,” Jesseman says. “The key factor is leveraging this opportunity to start the dialogue.”

Marijuana ranks high on the list of tricky files on which the federal government is courting provincial co-operation. But at the tail end of a placid first year for Trudeau on the fed-prov front, tension was mounting. A few provinces were furious over his recent imposition of carbon pricing. All are pressing for Ottawa to keep boosting annual health transfers at the generous six per cent a year rate, set by the short-lived Paul Martin Liberal government in 2004, instead of following through on former Prime Minister Stephen Harper’s plan to cut that annual hike to about three per cent.

Deﬂecting premiers’ pleas for more money is part of any prime minister’s job description. But the current health care debate is more than just another example of that inevitable wrangling. It’s a test of the Liberals’ ability to turn a corner. Harper’s inclination was for Ottawa to be minimally involved with provinces’ health care choices. Trudeau ran on a sweeping promise to “make home care more available, prescription drugs more affordable and mental health care more accessible.”

His first priority is delivering $3 billion earmarked for home care over four years. Philpott insists provinces must agree to spend their share on home care, and that this special pool of cash must be considered separately from the issue of how fast general health transfers rise. But premiers rankle at being offered funds with strings attached if Trudeau applies the brakes to the overall federal contribution to health. The resolution of the home care squabble could set a template for federal-provincial agreements—or future battles—over drug costs and mental health.

Dr. Granger Avery, president of the Canadian Medical Association, urges Trudeau and Philpott to stake out a bigger federal role. Avery rather grimly describes health care in Canada as “spiralling downward.” Where Harper’s Conservatives wouldn’t step in to halt the deterioration, he says, Trudeau’s Liberals just might. “The opportunity is with a federal government that has finally stopped 10 years of the arm’s-length [approach] the previous government had—toss a bit of money out and tell the provinces to get on with it, in effect.”

Minister of Health Jane Philpott must deliver on $3 billion earmarked for home care across the country. (Sean Kilpatrick/CP)

Avery invests great hope in Philpott, a family doctor and former chief of family medicine at Markham Stouffville Hospital, near Toronto. “We’ve got a federal minister for the first time in I don’t know how long who, as a doctor herself, understands some of these problems not only from the political level but from the level of what it means to patients,” he says.

Exactly how marijuana is to be regulated remains to be seen, although it’s bound to be controversial. What sort of home care deal the provinces accept, and if that agreement sets the stage for drugs and mental health, remains a matter for speculation and negotiations. But on immigration, McCallum already has a fair amount to say, with formal announcements slated for later this fall.

He vows to make it easier for foreign students to stay in Canada, and his officials are also working on “quicker pathways for high-tech types who are in high demand,” along with ways for temporary foreign workers to become permanent residents. All those measures are labour-force strategies for a country with a shrinking, aging workforce—about 16 per cent of Canadians were 65 or older last year, a proportion Statistics Canada expects to climb to 20 per cent by 2024.

Other immigration changes are not so clearly driven by economic need. McCallum is aiming to “radically reduce” the current wait time of about two years for an immigrant to bring a spouse to Canada, and has boosted the number of allowed applications to sponsor parents and grandparents to 10,000 a year from 5,000.

Those family-friendly measures are popular with immigrant voters whose support was crucial to electing Liberals in key suburban ridings. Even on these policies, though, McCallum’s message isn’t entirely sunny ways. “We obviously will take every spouse, as long as it’s a real spouse,” he says. “We can’t take every parent and grandparent of every immigrant.” Trudeau may be aiming to change Canadian society, but his minister of diversity is careful, in setting the tone for year two, not to talk as if everything is possible.

In the bag: More than 30,000 Syrian refugees welcomed, better than the 25,000 target, although a couple of months later than the end-of-2015 deadline.

In progress: A raft of promised immigration changes, including new rules to entice tech workers and foreign students, plus bring spouses to Canada quicker.

In jeopardy: Trudeau promised “a new system of strict marijuana sales and distribution,” but getting strict after the pot marketplace booms looks increasingly hard.