He was one of only two Tory MPs who survived the 1993 federal election, and knows that rebuilding from almost nothing is possible 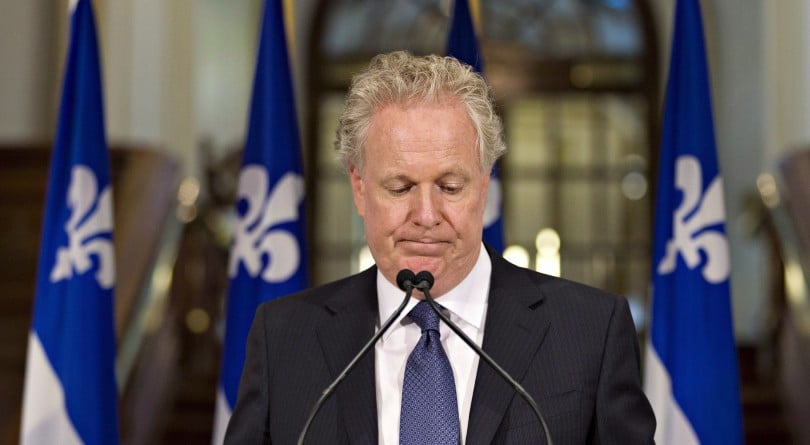 Quebec Liberal Party Leader Jean Charest looks down as he announces his resignation at the Quebec legislature on Wednesday Sept. 5, 2012. (Jacques Boissinot/CP)

Going into the federal election held on Oct. 25, 1993, Charest was one of 156 Conservative MPs. After the ballots were counted, he was one of just two survivors. New Brunswick MP Elsie Wayne was the only other Tory who won her seat that night against the onslaught of Jean Chretien’s triumphant Liberals, and the rises of the insurgent Reform Party in the West and the Bloc Québécois in Quebec.

LIVE RESULTS: Watch the 2018 Ontario election results as they roll in

Kim Campbell, the hapless Conservative leader who led the party to that numbing defeat, lost her B.C. seat. It fell to Charest to try to lead and somehow rebuild the Progressive Conservatives. In the 1997 federal election, the Tories won 20 seats—and were on the track that led them to the merger deal with Stephen Harper’s Canadian Alliance in 2003, which created today’s Conservative Party of Canada.

Charest later jumped to Quebec politics. After nine years as premier, he retired from politics after losing a provincial election in 2012. He now offers strategic advice to corporations as a partner at the law firm McCarthy Tetrault. In an interview today, Charest offered some advice about how to sustain and rebuild a party that seems on the brink of extinction.

Figure out and admit what you did wrong. “The people involved need to sit down, catch their breath and take time to fully understand why they are where they are. What is it that brought them there? They shouldn’t underestimate the importance of doing that. They can then move to the next stage of rebuilding.”

Take solace from democracy’s cycles. “For Canadians, the normal shelf life of a government now is about nine years. And if you’re running beyond that, and you’re running for a new mandate, you have to have a very compelling reason for people to vote for you. So they need to understand that change and alternation is a virtue in democracy.”

But don’t imagine it’s just a waiting game. “The trap that losing parties fall into, although this isn’t the case when you’re decimated, is that you sit it out and think next time it will be your turn.”

Exploit any chance to stay in the public eye. “It was the 1995 Quebec referendum that made me, and through me, the Conservative party, relevant again. It allowed us to make one single overarching argument—that Canada needed a national alternative, that it wasn’t enough to have two regional blocs as the opposition to the government in a balkanized opposition. I ran on that argument, essentially.”

Think of the true-believers as needing a bit of therapy. “I remember the first polls when I was leader of the party of two; we were clocking in at eight and nine per cent. I mean, you need to have a pretty optimistic view of the world to keep plugging away. People were despondent. They wanted someone to lash out at. So there’s a whole period of therapy that follows a devastating defeat, which you can’t avoid. You have to face the party membership.”

And then hope the rebuilding work forges strong bonds. “When you settle into the real process of rebuilding, the bonding of that group is very powerful. And then you make that a virtue. And it’s about traveling all the time and meeting. I’ve kept up friendships with people from then to this day. We’ve been through all of that together, rebuilding the party. These are things that people don’t forget.”