How 'toothy' of you Jagmeet Singh

Election Image of the Day: On the campaign trail, Jagmeet Singh tries his hand at his very own version of 'denticare' 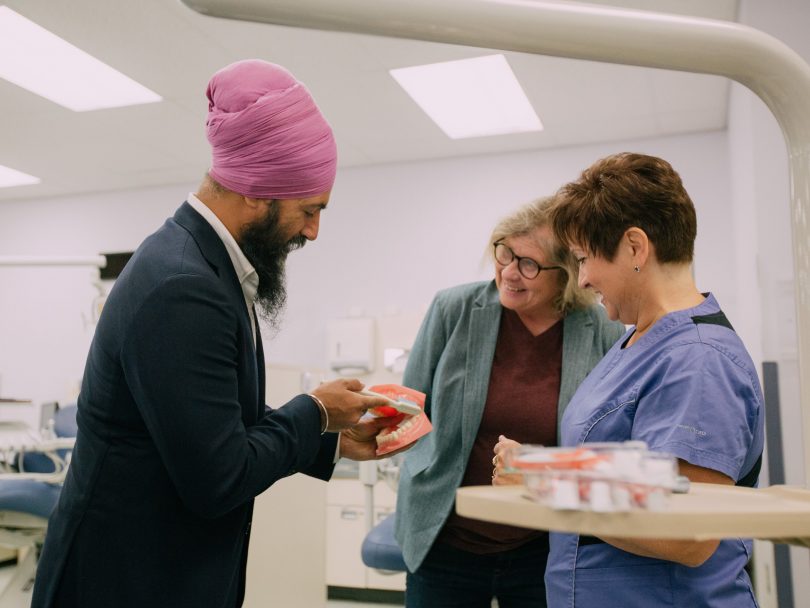 One can only imagine the constant strain burdening the aching jaws of our federal party leaders this fall, where smiles are required for every speech, photo op, question and heckle. It’s no wonder dental care is on the mind of NDP leader Jagmeet Singh, who unveiled his party’s plan for universal dental care—Denticare, colloquially—on Wednesday morning in Sudbury, Ont. A hypothetical NDP government would fully cover anyone living in a household earning less than $70,000 a year, and offer partial coverage for families making between $70,000 and $90,000, at an eventual average government cost of $850 million per year. (What will pay for it? Corporate taxes, of course!) To illustrate the point, Singh grabbed a toothbrush in his host dentist office and began scrubbing away at a pair of mock molars. Just wait for the political counter argument: surely some believe the government has no business in the mouths of the people.