'I love it.': Trump Jr. releases emails on meeting for Clinton info

Trump Jr. was told that the Russian government had information that could 'incriminate' Clinton 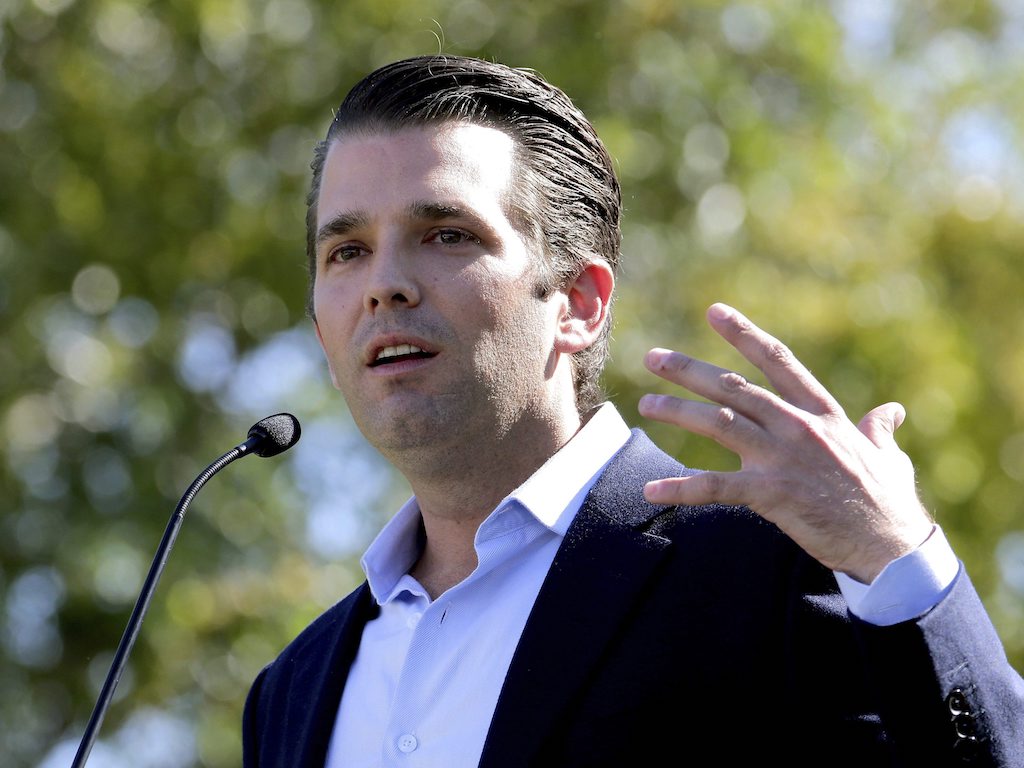 WASHINGTON – President Donald Trump’s eldest son released an email chain Tuesday that shows him discussing plans to hear damaging information on Hillary Clinton that were described as “part of Russia and its government’s support for Mr. Trump.”

The emails are the first documentary evidence that a top Trump associate took a meeting to hear damaging information about Clinton with the understanding that it was connected to a Russian government effort to help Trump in the 2016 election. Trump Jr., in addition to being the president’s son, was deeply involved in his presidential campaign.

In a statement Tuesday, Trump’s eldest son said he was posting the emails “in order to be totally transparent.” The emails with music publicist Rob Goldstone show that Trump Jr. was told that the Russian government had information that could “incriminate” Clinton and her dealings with Russia.

The information, Goldstone wrote, “would be very useful to your father.” Goldstone was seeking to set up a meeting between Trump Jr. and a Russian attorney that later took place at Trump Tower.

“If it’s what you say I love it especially later in the summer,” Trump Jr. replied to Goldstone in one of a series of email exchanges the younger Trump posted to Twitter. The emails are dated early June.

Trump Jr. has acknowledged that he met shortly after that email exchange with a Russian lawyer, Natalia Veselnitskaya, during the presidential campaign with the understanding that the attorney would provide damaging information on Clinton.

Here is page 4 (which did not post due to space constraints). pic.twitter.com/z1Xi4nr2gq

Earlier, a Russian lawyer told NBC’s “Today” show that she was summoned to Trump Tower during last year’s presidential campaign to meet with Donald Trump Jr. and asked if she had information on the Clinton campaign. The lawyer, Natalia Veselnitskaya, told NBC she received a phone call from a man she didn’t know and was told to meet with the Trump campaign. She says she didn’t have information on the Clinton campaign and has never worked for the Russian government.

NBC’s “Today” and MSNBC aired an interview of the lawyer on Tuesday. It’s her first public comment since Donald Trump Jr. acknowledged that he made time for the meeting hoping to get information on Clinton, his father’s Democratic presidential opponent.

Veselnitskaya says Jared Kushner, Donald Trump’s son-in-law, attended the meeting but left after a few minutes. Paul Manafort, then Trump’s campaign chairman, also attended but never participated and spent much of the meeting on his phone. It wasn’t clear from the NBC report who in the meeting asked her for information.

On Clinton, she says through a translator: “It’s quite possible they were looking for information. They wanted it so badly.”