If Jason Kenney's truck could run in an Alberta election, it just might win

Image of the Week: Critics mocked the blue Dodge Ram that Kenney used to signal his western bona fides. But he rode it to the last laugh on election night 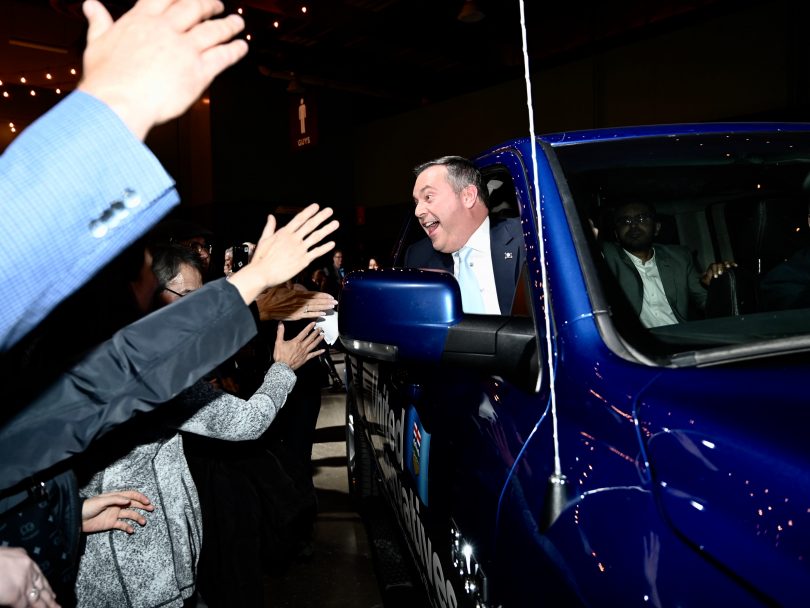 Alberta's premier-elect Jason Kenney rolls in to celebrate his win at the UCP election night headquarters. (Photo by Jimmy Jeong/Maclean's)

There has never been so conservative an NDP premier as Rachel Notley, but it didn’t matter to the near-million Albertans who on Tuesday decisively voted in a majority United Conservative government led by Jason Kenney. Notley might have fought for Alberta’s pipelines, but she wasn’t ride-a-Dodge-Ram-pickup-through-throngs-of-cheering-fans proud, high-fiving them along the way, promising the return of a booming oil industry. Kenney’s chariot of choice is pure branding: the blue truck, the blue collar—these are things worth enthusiastic celebration to his voters. His was an emotional victory for a provincial populace largely sick of being taken for granted, and they would cheer were he to ride his Ram all the way to Ottawa, crusading against the carbon tax. “Alberta is open for business,” Kenney declared onstage, echoing the words of his Ontarian ally, Premier Doug Ford. Watch his truck’s licence plate closely: if Kenney is indeed taking cues from Ford, it may soon boast the same line.