If you stand for democracy, stand with Laurie Hawn 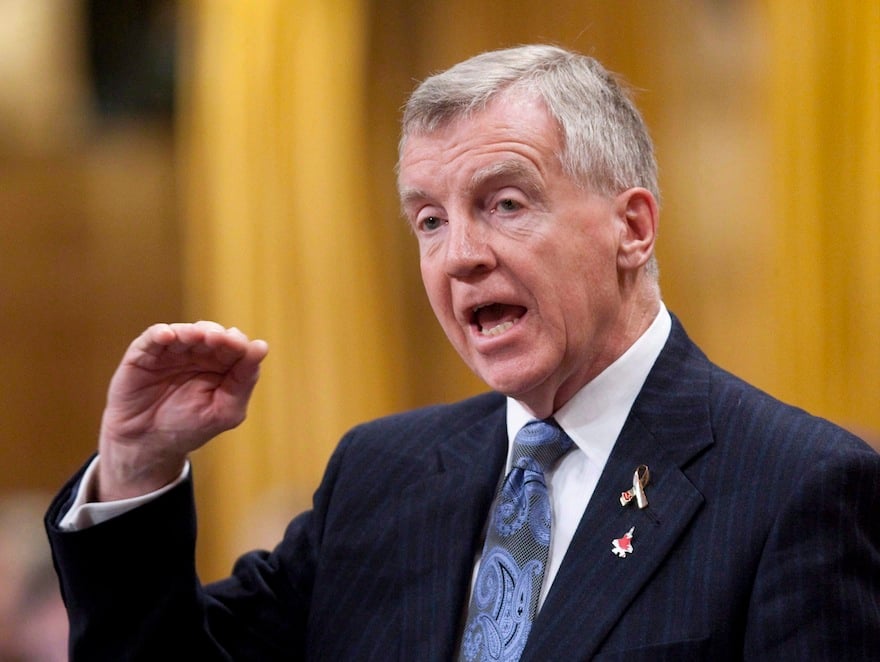 At a meeting of the foreign affairs committee last week, Conservative MP Laurie Hawn said something sort of interesting. Specifically, Hawn, who is not standing for re-election, said, “I personally think that supply management is an anachronism that needs to disappear. But that’s my opinion.”

Nonetheless, the three major parties are all officially committed to steadfastly defending supply management. And so, the day after Hawn’s comments were reported, the New Democrats and Liberals pounced.

It is inconceivable that every single Conservative, Liberal and New Democrat MP (or candidate) has the exact same opinion about supply management. Or, at least, it would be profoundly weird, unsettling even, if they all did. No sizable group of human beings should be of precisely the same mind on such a debatable matter.

There are certain basic principles of human rights, equality and law that we might expect anyone running for office to support. But, beyond those values and ideas, we are dealing with matters of opinion (opinions that are, one hopes, often supported by evidence, but opinions nonetheless). Even if there is general agreement on those matters among the 338 individuals who will stand for each of the major parties in the next election, it stands to reason that they will not all agree on every detail of every relevant issue to an equal degree.

Actually, it doesn’t just stand to reason that there are differences of opinion. It’s not just that that would be normal; it’s that that should be expected and encouraged—that a diversity of views makes for a healthier body politic.

Within each party, there are probably, one hopes, varying opinions on tax policy, justice, arts funding, parliamentary reform, foreign affairs, military deployment and child care. Even if it’s understandable that parties would prefer to present a unified front on most of the major issues of the day—and it should be remembered that that provides our federal politics with a certain coherence—it shouldn’t be surprising when differences appear along the edges.

He has also not said anything here that would normally qualify as offensive. So the suggestion that he should be denounced by the trade minister is fairly ridiculous.

Which is not to say that Hawn’s comments are entirely irrelevant, but there are limits to that relevance; the government and the Prime Minister shouldn’t be held responsible for every one of Hawn’s opinions, and any attempt to assign his opinion to the party can be, justifiably, considered unfair.

Ahead of an election that will have more than a thousand individuals running for office, this is a principle worth asserting: The party leader should not be held responsible for every opinion of every person who runs under the party banner. “That’s his opinion, but it is not the opinion of this party, nor the majority of its members” should suffice as a response to all such differences of opinion on policy. Would it be a bit odd if a candidate disagreed with a core policy of the party’s platform? Yes. Should obnoxious expressions and opinions be condemned? Yes. But differences of view are not quite cause for scandal.

If anything, Hawn’s expression of opinion should put some onus on those who disagree to explain their position.

It’s popular to assert that the press gallery is to blame for fussing over every difference of opinion. But expressions of opinion from election officials are inherently newsworthy, all the more so, as long as differences of opinion within parties are so rarely expressed openly. And it should be noted that parties are generally quite eager to mock and scold their rivals whenever a difference emerges (even if you think parties would be loathe to establish that the party or the leader is responsible for every opinion of every MP and candidate).

We might agree to at least two basic rules. First, that publicly stated differences of opinion are not necessarily signs of weakness in the party leader. Second, that attempts to brand a party with the opinion of a single member, or even a small number of members, should be challenged.

When I was reporting on Brent Rathgeber’s new life as an Independent MP last year, Conservative MP James Rajotte, who seconded Michael Chong’s Reform Act, presented me with an interesting notion:

That sounds like the basis for an interesting, dynamic and lively political system. And Laurie Hawn is now somewhat closer to meeting that disagreement quota.