In Europe, Trump gets second chance to make a first impression

Will a trip to the G20 – and a meeting with Putin – improve Donald Trump's standing with America's European allies? 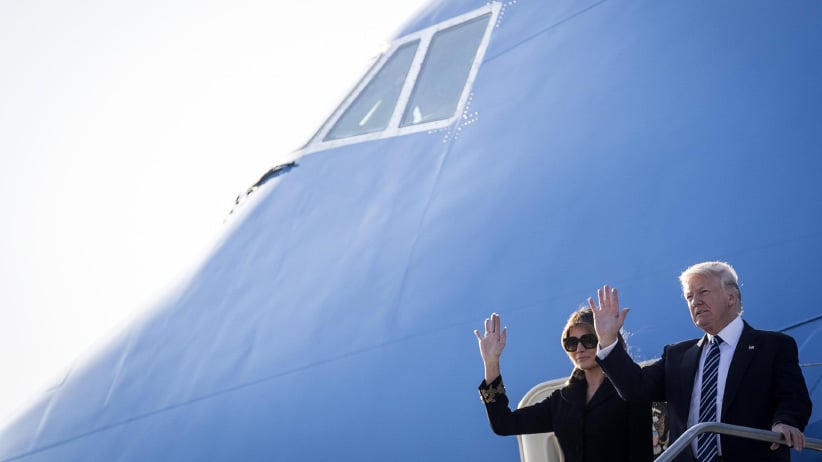 WASHINGTON – President Donald Trump will learn this week whether he gets a second chance to make a first impression as he returns to Europe and has his first encounter with Russia’s Vladimir Putin.

Trump’s first visit to the continent in May stirred anxieties among European allies when he declined to endorse NATO’s common defence treaty explicitly and scolded world leaders for not spending more on their armed forces. This time, Trump will use stops in Poland and Germany to try to pull off the tricky balancing act of improving ties with Moscow at a time of particularly fraught relations while also presenting the U.S. as a check against Russian aggression.

Trump is leaving Washington for Europe on Wednesday. In what may be the most-watched event of the four-day trip, the president will meet Putin on the sidelines of an international summit meeting in Hamburg, Germany. Every aspect of the meeting between the two unpredictable leaders is sure to be closely scrutinized as investigations press on into alleged Moscow meddling in the 2016 election and potential Trump campaign collusion.

With those investigations hanging heavy in the air, there is little expectation the meeting will produce significant progress on difficult issues such as the crisis in Ukraine or the conflict in Syria.

“I can’t imagine any issue they can actually make major headway on, given the poison that surrounds the relationship,” said Michael O’Hanlon, a senior fellow in foreign policy at the Brookings Institution, who suggested it might lay the groundwork for future co-operation.

The Trump-Putin encounter will be one of at least nine meetings the U.S. president will have with foreign leaders while in Hamburg for a Group of 20 summit of developed and developing nations, beginning Friday.

But first Trump will stop in Poland, where leaders are looking for reassurance that the presence of U.S. and NATO troops there will continue as long as the region’s security is threatened by a resurgent Russia. In return, Trump will be expecting a warm reception as he pays homage to Polish resolve with a speech Thursday in Krasinski Square, his first major outdoor address in a foreign country.

Poland’s leaders are closely aligned with Trump’s worldview, and ruling party lawmakers and pro-government activists plan to bus in groups to help ensure an enthusiastic crowd for Trump after his rather awkward European debut in May.

Previewing the trip, White House officials said Trump would reiterate the U.S. commitment to NATO’s Article 5, which says an attack on one member is an attack on all – something he didn’t do at NATO headquarters in Brussels during his first overseas trip but eventually endorsed last month. The president is also expected to cite the need to develop “a common approach to Russia,” his advisers said.

“He’d like the United States and the entire West to develop a more constructive relationship with Russia,” said the White House national security adviser, H.R. McMaster. “But he’s also made clear that we will do what is necessary to confront Russia’s destabilizing behaviour.”

After this trip, the president will be back in Europe soon for a mid-July visit to France to celebrate Bastille Day alongside new French President Emmanuel Macron. And in late July, he’ll send Vice-President Mike Pence to Estonia and Georgia – two former Soviet satellites straddling the Russian border – and new NATO member Montenegro.

Poland has been a staunch U.S. ally in Iraq and Afghanistan and is home to about 5,000 U.S. troops serving in separate American and NATO missions.

“They’re betting that this relationship with the United States on defence will balance their concerns about the possible directions of U.S.-Russia policy,” said Jeff Rathke, a senior fellow and deputy director of the Europe Program at the Center for Strategic and International Studies. Sharing a border with Russia “is of the highest concern for Poland.”

U.S.-Russian relations remain tense – Trump said in April they may be at an “all-time low” – and Moscow has denounced the recent decision by the U.S. to impose sanctions on more than three dozen Russian people and firms over Russian activities in Ukraine. But Trump has expressed hopes of improved relations with the global power.

RELATED: What to expect when you’re expecting a better president

White House aides said Trump did not have a specific agenda for the meeting with the Russian president and they have yet to provide details on the staging for the encounter. Trump has had three phone calls with Putin since taking office. In the past, he’s offered contradictory descriptions of his connections with Putin, insisting during the campaign he had no recollection of meeting him but earlier stating that they spoke around the 2013 Miss Universe pageant in Moscow.

Trump’s overseas trip will be his first since he announced that he was withdrawing the U.S. from the landmark Paris climate agreement, to the regret of a number of world leaders who had lobbied Trump to remain in the 2015 pact. The White House said Trump and Merkel discussed the climate issues in their conversation Monday.

Merkel, host of the G20 summit, has been open about her disappointment in Trump’s decision and told the German parliament “we cannot expect easy talks in Hamburg” on climate issues.