In praise of a Charter of Honesty 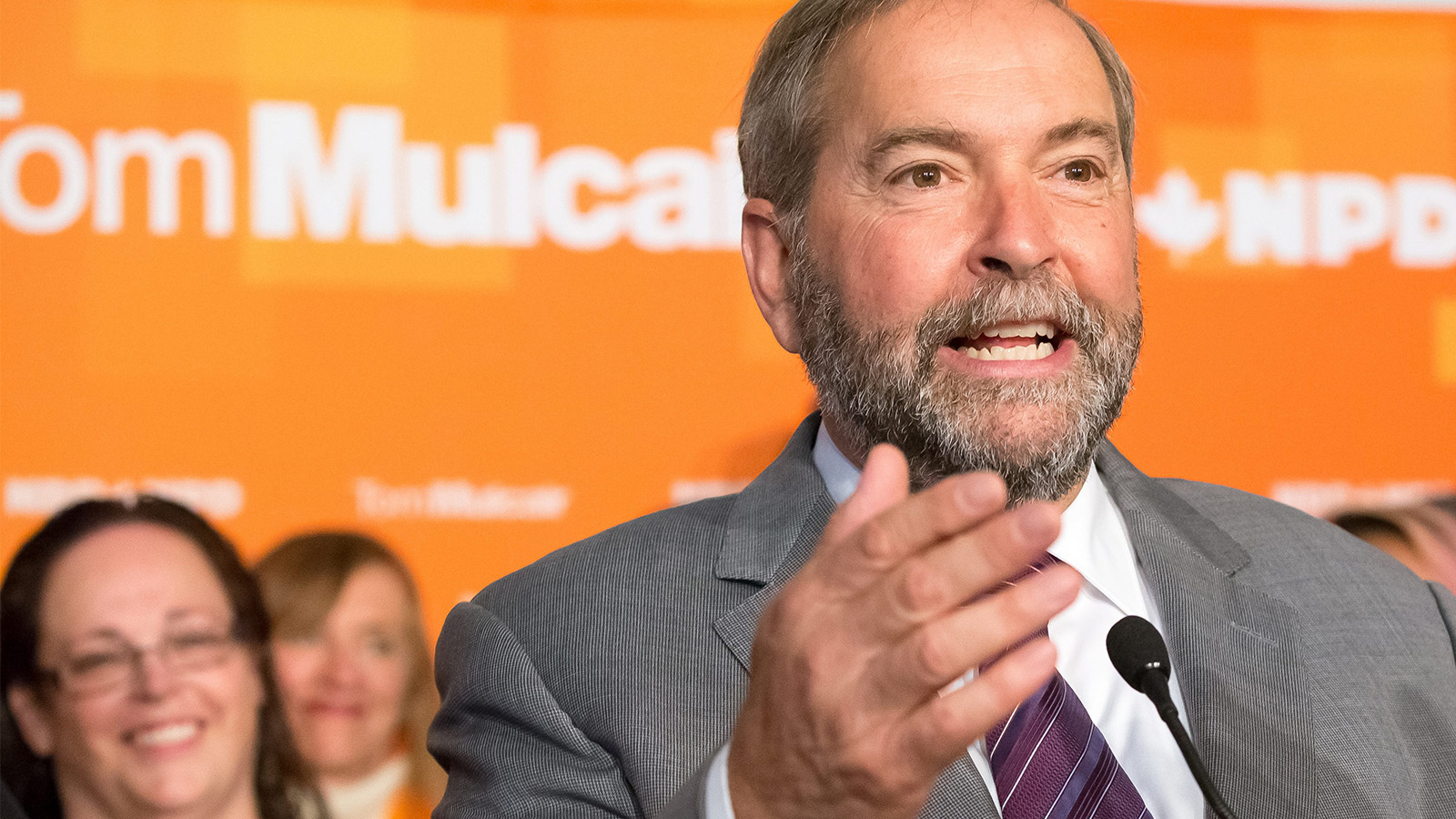 The comment has been little noted since it was made earlier this week, and it is unlikely to influence more than maybe three or four votes (amongst the most ardent followers of public policy), but NDP Leader Tom Mulcair committed to something on Tuesday night that could significantly improve the way we do democracy in this country. For an example of how it would be of benefit, one might point to Mulcair’s own campaign troubles.

The advertised theme of Mulcair’s speech was the state of the Canadian economy, but his remarks included several commitments on the theme of improving transparency around government finances. That is the sort of thing the Conservatives used to be very interested in. The incumbent party formed government in 2006 with a commitment to accountability and subsequently created the office of the Parliamentary Budget Officer (PBO), but improvements in transparency have been incremental and outweighed by concerns the PBO has raised about the ability of Parliament to truly scrutinize the spending of public funds.

In 2012, an attempt by the PBO to conduct a study of the government’s budget cuts was stymied by the government’s refusal to provide the PBO with some of the information requested, a dispute that reached the Federal Court at one point, but was never completely resolved. (Various other requests from the PBO have also been denied.)

Mulcair promised a newly empowered PBO and reforms to the way spending appropriations are put before Parliament, but he also committed to a “charter of budget honesty.”

“We can look to other jurisdictions like the U.K. and Australia … where the law for governments is put in place and it requires them to comply with a charter of budget honesty,” he said. “I can understand why Mr. Harper would run away from a title like that, “budget honesty,” but we’re going to be bringing that in. That’s the kind of international best practice that we’ll look to as an NDP government takes steps to put this country on firm footing and we will make certain to deliver on our commitments.”

The Australians do indeed have a Charter of Budget Honesty, which includes various reporting requirements. Mulcair did not enumerate what all would be included in his charter, but the most interesting elements of the Australian version have to do with election campaigns.

Related: For campaign magic, Harper turns to a wizard from Oz

First, the government is obligated to provide an update on the nation’s public finances shortly before an election campaign begins. That has the benefit of ensuring that all parties are costing their platforms from the same baseline. Second, it allows for all parties to have their campaign promises independently analyzed by the finance department.

It is basically an expectation of modern politics that parties present fully costed platforms accounting for how each will pay for their campaign commitments. Even if voters are unlikely to closely scrutinize the math, the fully costed platform has become an important test of credibility—professional analysts will review the numbers and serious discrepancies or obvious errors will be publicized.

For evidence of how this can go poorly, consider Mulcair and the NDP. Last week, ahead of a televised leaders debate on the economy, the party released a set of numbers meant to explain how an NDP government would handle the federal budget. But those numbers were subsequently criticized as flawed and among the critics was Kevin Page, the former parliamentary budget officer who actually hosted Tuesday night’s event and introduced Mulcair to the stage (and thanked the NDP leader for his support when Page was PBO). The basis for the criticism was that the NDP was using a flawed baseline, namely the numbers provided in the federal government’s spring budget, projections that have likely now been overtaken by a further drop in oil prices and new information on economic growth. The current PBO, for instance, has estimated that while the government had projected a small surplus in the current fiscal year, the federal government is now more likely to run a small deficit. The release of a pre-election fiscal update would have spared the NDP from getting caught up in such a dispute.

The second of the charter’s election-related elements have been complemented in Australia—and perhaps improved—by legislation that allows that country’s parliamentary budget officer to review and cost election commitments (Australia’s PBO is also available for confidential consultation with parties and releases a post-election summary of commitment costs).

There would seem, of course, to be some shortcomings with the Australian system (and a similar setup in the Netherlands). But the basic premise has promise. “Quantifying election promises is important work. In theory, it should illuminate, but in practice it mostly frustrates,” Stephen Tapp, a former analyst with Canada’s PBO, wrote this week in reviewing the challenge of platform costing. “That’s because it’s difficult — even for budget experts — to assess whether cost assumptions are reasonable, and to compare the parties’ plans in a consistent way.”

At this point someone will inevitably point out that an election isn’t a serious discussion of public policy anyway. But of course, even if just implicitly and indirectly, it is: grasped generally and vaguely by a busy electorate. And so long as we’re demanding that parties scribble some numbers down on a piece of paper, we might as well ensure that the math adds up.