Despite an aw-shucks demeanour, a predictable election night reasserts Brad Wall's might in Saskatchewan 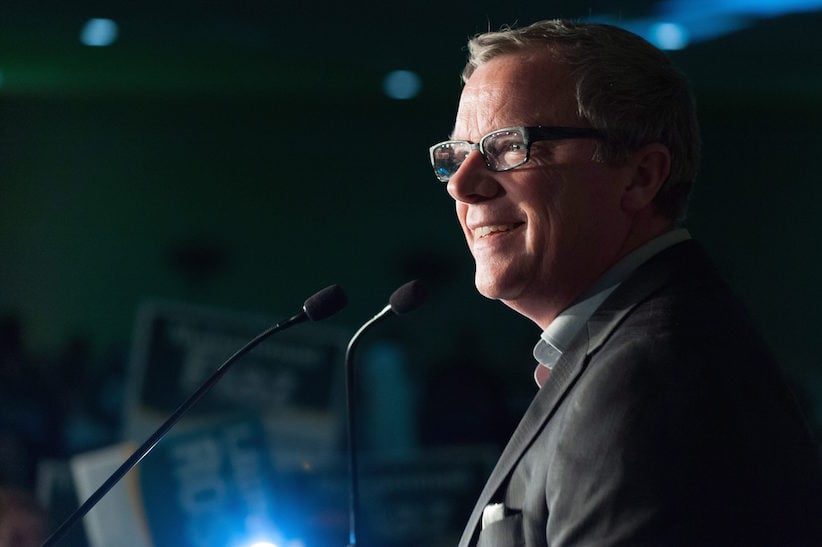 While the masses vote and newsrooms wait for election-night pizza to arrive, journalists prepare by drafting multiple story versions based on various win-lose-draw scenarios. Apologies for once again comparing the Saskatchewan election to its mountainous neighbour, but Monday’s what-ifs felt a lot like the ones Alberta reporters would compose in the Ralph Klein days: (a) will the governing party utterly crush by as much as last time, (b) will they humongously crush by even more, or (c) if the stars align for the opposition does it reduce the premier to a slightly less colossal majority?

Here’s what counts for political surprises on such a night: the Saskatchewan reporter had to jam together story versions A and B, and weave in the loud blast of a sad trombone because the opposition leader lost his seat — womp womp — again.

Everybody went in expecting a third straight majority for Brad Wall, and the nagging subplots were about how important it is for a democracy to have a credibly sized opposition, and whether the widely deemed lacklustre, drowsy campaign would render turnout dismal.

Yawn, stretch, yawn. Yes, yes, yes, yes, yes … nearly all seats in Saskatchewan remain Saskatchewan Party, the Brad Wall-led outfit that has a stranglehold on provincial power as surely as its party flag bears the provincial colours and name. The provincial party won 51 seats instead of the 49 they won in 2011, and the New Democrat gain of one comes in part because there are extra constituencies on the map. Any enthusiasm for growing to 10 NDP seats was sapped by the defeat of leader Cam Broten, the young father of three who was so much more likeable than his more abrasive predecessor Dwain Lingenfelter, who suffered the same fate.

In fairness, Broten did lose his Saskatoon riding to the recent mayor—though to clarify, David Buckingham was until last year the mayor of Borden, a village 50 km away. (He had to cut his concession speech short to watch if he could close the gap on his final poll.) 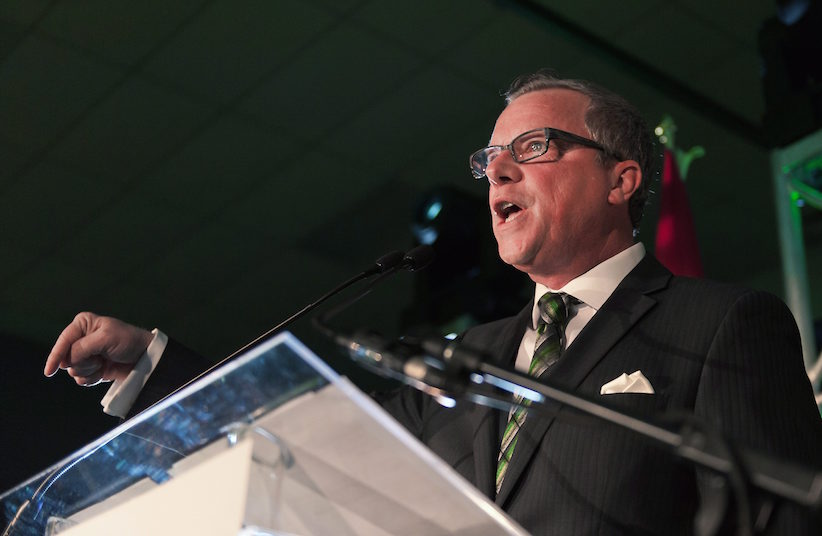 Wall’s victory snaps a four-year string of defeats for conservative-branded parties in Ottawa and the provinces, going back to the final win in 2012 for the Alberta Tory domination era. The Saskatchewan Party ended that losing streak convincingly, its 63 per cent vote share just a hair shy of its own provincial record. So it would stand to reason that if right-leaning counterparts want to shade in other parts of Canada’s map, they should be taking copious notes on how Brad Wall has done it, and so resoundingly yet again.

For a guy who has every right to do what Klein did after winning his 2001 election — “Welcome to Ralph’s world,” the late, oft-spirited premier pronounced — Wall remains a notoriously humble and gracious political figure, choking up on Landslide Night when he thanked his wife and kids. The premier is undoubtedly in charge and all-powerful, but the public trust he instills and his folksy demeanour make a listener at least want to believe him when he said he never took a campaign day for granted (though, really, it would be hard to blame him if he did).

As much as the NDP tried to stoke fears of greater privatization of health care and Crown corporations under another Wall majority, Wall’s conduct and rhetoric has never allowed those lines to work. Even New Democrats in other provinces sometimes view the Saskatchewan premier as relatively centrist. Conservative leaders who give voters reason to fear their conservatism (see barbaric practices hotline, or pledging 100,000 layoffs in Ontario) don’t fare as well.

Of course, it helped that Wall has enjoyed a period of economic growth and a population surge. But even as those trends have vanished with the oil crash, his halo wouldn’t fade. That’s likely because the boosterish smile and message from Wall still has that 100-watt charge, and he still sounds like the economic development officer for Swift Current he once was. He reserved part of his victory speech for a message of low taxes and predictable regulatory regime to those “from outside Saskatchewan, who might be thinking tonight about where to make their next investment, where to create their next job or two. My message to those people through the media today is simply this: if you make that decision in Saskatchewan’s favour, here’s what you can expect…”

The win will only inflate hopes of those Conservatives who think stealing Wall’s winning recipe means stealing Wall into the federal leadership, something he’s rather flatly said he doesn’t want to do. After all, those close to him say he’d rather be an ambassador. For now, the question should instead turn to how he can weather a sluggish economy and the deficit budgets to come, the inevitable scandals that come as a government risks ripening, and how long he’s content to lead. If Wall stays for this entire term, he eclipses past Saskatchewan premiers Allan Blakeney, Roy Romanow and Grant Devine to become the second-longest-serving premier, behind only Tommy Douglas. That’s a lofty firmament to land in, and he’s so far gotten there so gosh-darn comfortably.