In the Duffy emails, a word from the Prime Minister 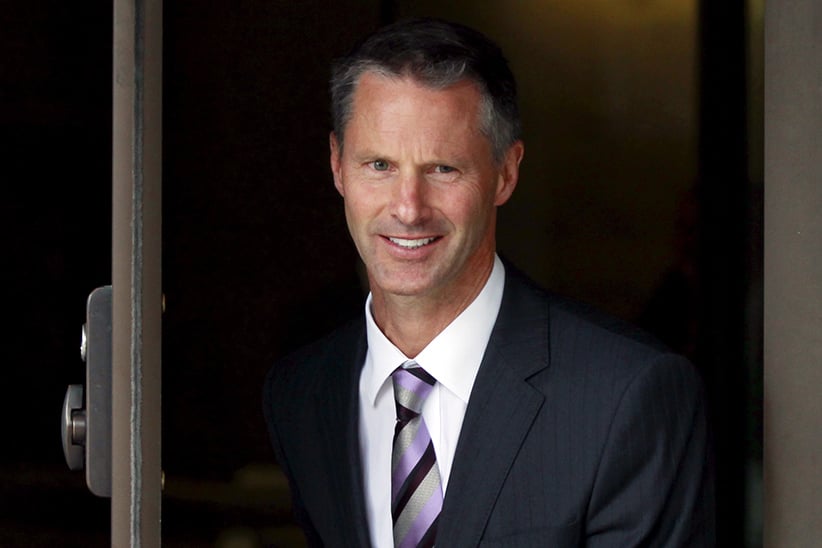 The Prime Minister appears for the first time at the top of page 40 in Exhibit 45(A), tabled yesterday morning by the defence in the matter of Michael Duffy. In an email stamped 10:22 a.m. on Feb. 19, 2013, Ray Novak, at the time the Prime Minister’s principal secretary and now his chief of staff, relays what were apparently Stephen Harper’s exact words.

PM return on this note reads:
“I feel very strongly on Option 1. Had I known we were going down this road I would have shut it down long before this memo.”

On page 3 he has checked option 1 and written:
“As long as they maintain a residency in their province, as per tradition, we will deem that as sufficient for this purpose (as opposed to expenses), i.e. the property requirement = residence. Also, as a practical matter, all the senators in question spend more than a trivial amount of time in their province. This issue is about $’s, not this.”

A night earlier, the Prime Minister’s top advisers had sent him a two-page memorandum marked “Re: Senate Residency Issue.”

“Your office,” they wrote, “is working with Senate leadership to bring an end to concerns regarding the constitutional residency of some of our senators.”

Here is an interesting use of the possessive: our senators.

“Your office has worked with Senator Duffy on a plan for him to return money that he incorrectly collected when he declared his long time home in Kanata as a secondary residence for expenses,” it is explained. “This plan with Senator Duffy is contingent on his ability to remain a senator from P.E.I.”

Duffy was not the only senator whose constitutional fitness was in question. There was also Pamela Wallin and Dennis Patterson, two other of Harper’s appointees.

“In coming to a conclusion on this issue, it is fundamental to us that all three senators be deemed residents of the provinces they were appointed from in terms of the Constitution. Any proposed solution from the Senate leadership that has involved any of our senators being put in jeopardy of having their constitutional residency questioned has been ruled out.”

At issue was and is Section 23(5) of the Constitution Act, 1867. The statute states that, to qualify for the upper chamber, a senator “shall be resident in the province for which he is appointed.” It’s this bit that has always complicated Duffy’s appointment to the Senate. Indeed, had Duffy simply been appointed to represent Ontario, it’s quite likely that none of this would have happened: no claiming expenses as if that long-time home was a secondary residence, no need for the PMO to make it all go away, no reason for Nigel Wright cut a cheque.

Two weeks before that memo to the Prime Minister, it had been revealed that Duffy’s office contacted the Office of the Health Minister in P.E.I. about the senator’s application for a provincial health card. The next day it was reported Duffy was paying property taxes in P.E.I. at the non-resident rate. A few days after that the Toronto Star was questioning his neighbours and the Globe was scrutinizing his use of an Ontario health card.

To resolve matters, the PMO turned to Section 33 of the Constitution Act, which sets out that, “If any question arises respecting the qualification of a senator or a vacancy in the Senate the same shall be heard and determined by the Senate.” In other words, it is for senators to determine whether any given senator is qualified.

“We believe that the Senate should define the issue of residency in a way that makes clear that all current senators are residents from their appointed provinces,” the PMO’s advisers write.

Let’s agree that everyone here is good to go.

“We believe that the best way to accomplish defining residency in a way that leaves all of our senators legitimate representatives is to set the definition of residency around whether the senator is able to sufficiently demonstrate their ability to represent his or her province of appointment through his or her personal connection to that province.”

There were apparently two options. A Senate committee could be tasked with convening hearings to study the matter and arrive at a suitable conclusion. Or a suitable motion could be tabled and passed in the Senate. Unfortunately, Sen. Marjory LeBreton, government leader in the Senate, couldn’t be counted on to support the latter.

Harper would seem to have preferred Option 1. Though he apparently wasn’t happy to see where this matter had ended up. Oh, if only he knew how much further it would go.

As a bonus gift we now have the Prime Minister’s constitutional analysis of senatorial qualification: “the property requirement = residence.” It would thus seem to be Harper’s contention that sections 23(3) and 23(4) of the Constitution Act, the antiquated requirement that each senator own $4,000 worth of property, are to be understood with the “resident” requirement of Section 23(5). In other words, so long as one owns land in one’s constituency, one can be said to be resident of one’s constituency.

As Postmedia notes, the Prime Minister’s legal adviser, Benjamin Perrin, replied to Novak et al. to suggest Harper’s analysis was perhaps flawed. And Wright seems to have decided then to go with neither option, choosing instead to merely defend any senator whose eligibility was challenged (and defeat any attempt in the Senate to rule a senator ineligible).

The Prime Minister assured the House on Feb. 27, 2013, that “all senators conform to the residency requirements,” though sadly without providing his analysis. Quizzed about the requirement this past spring, the Prime Minister was also rather shy about his opinion. “Mr. Speaker, there is a constitutional practice with regard to this that dates back almost 150 years,” he said on April 21, without clarifying the “practice” he was referring to. “Mr. Speaker, once again, the government followed practices established almost 150 years ago by Canada’s Constitution,” he added the next day.

Curiously, on Feb. 20, 2013, Duffy emailed his lawyer to allege that Wright had called him and suggested Conservative senators David Tkachuk and Carolyn Stewart-Olsen were prepared to have their subcommittee rule on Duffy’s residency. Duffy seems to have felt he was being threatened.

On Feb. 22, 2013, the deal between Duffy and the PMO was completed and Duffy announced he would repay his disputed expense claims. Five days later, the PMO was dealing with edits of a Senate committee report that would apparently sidestep the constitutional question. (Though it’s not clear what edits the PMO actually managed to achieve.)

A legal opinion the Senate apparently sought in 2013 on the question of qualification has never turned up.

The PMO’s memo and Novak’s relay of a response are at least evidence of something the Prime Minister actually knew about. He didn’t know about Wright’s cheque and he didn’t know about the plan to have the party pay, but he did at least know what his staff told him in that memo of Feb. 18. Indeed, we would seem to know that he had a response to that memo.

The latter might take us even further down the road of what actually happens on Parliament Hill and how the business of Parliament is conducted, and the Prime Minister might wish now to acknowledge all of this as little as possible. He has long seemed to prefer to say only the minimum and he has generally succeeded at controlling the debate (a universal desire that Harper has merely been better at fulfilling). But now it is all out there. Indeed, plausible deniability, even if the Prime Minister never believed in it, is now moot. In fact, never mind what the Prime Minister knew because now everyone can know.