Influx at the border needs not just compassion but action: Scheer

Asylum-seekers coming across the border should be treated with respect, but more must be done to stop them from coming in the first place, says Scheer 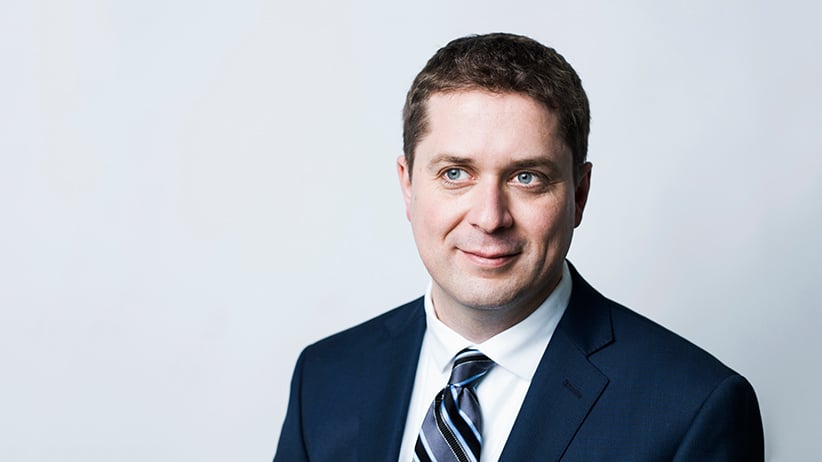 OTTAWA – Scheer said Thursday the Liberal government is focusing too much on managing and not solving a situation that’s creating havoc within the Canadian immigration system and risks a dangerous backlash against immigration.

“Justin Trudeau had a message of asking Canadians to have trust in our immigration system,” Scheer said in an interview.

“The problem is Canadians don’t have trust in the Liberals to manage it.”

Recent weeks have seen a rise in anti-immigration groups organizing protests and Scheer said everyone needs to be careful as solutions to the border-crosser issue are thought through.

“It’s important for all politicians to work together in a co-operative way to make sure that nothing gets said at the government, at the parliamentary, level that in any way feeds into that or gives any kind of extra fuel to the fire,” he said.

Immigration had become a heated issue during the Conservative leadership contest, which Scheer won in May just as the situation at the border began to escalate.

One candidate called for the screening of immigrants for “Canadian” values and others discussed deploying the military to the border to stop the asylum seekers. Hundreds of people joined the party simply to vote for candidates who had more tolerant points of view.

But Scheer said the membership opted instead for the approach he’s trying to take now—talk about the issue with compassion, and also concern.

“This isn’t about emotional arguments,” he said.

“This is about serious concerns that we have an obligation, as the Opposition, to not only raise and ask questions about but also point out what options the government could or should be doing.”

Scheer set forth three ideas Thursday, the first two linked to the Safe Third Country agreement with the U.S.

The deal says people can’t make asylum claims at official land border entry points between the two countries, though there are some exceptions. That’s why around 10,000 people have been apprehended since the start of the year in between official border points.

Scheer is suggesting the two main entry points now being used—one at Lacolle, Que., and the other in Emerson, Man.—be declared formal points of entry. The Liberals should also start the process of applying the agreement across the entire land border.

Trudeau said Wednesday the deal is not up for review.

Another option could be for the government to formally declare the arrivals as “irregular,” Scheer said. That could see many of them detained, and restrictions placed on their immigration status.

Any of the three actions would have an impact, he said.

“One, it would have a practical consequence on dealing with the problem as it happens,” he said.

“It would also send that much-needed signal to all those in the United States who think that they can just come over and be in a better situation.”

While Trudeau has referred to the crossers as “irregular,” Scheer is referring to use of a particular piece of legislation brought forward by the previous Conservative government in 2012 in response to boats of migrants arriving off the shores of British Columbia.

The Liberals were highly critical of the law when it was ushered in, appalled by its mandatory detention of those with the “irregular” designation, and subsequent restrictions on their immigration status in Canada. While the Liberals have not moved to repeal it, they have also declined to deploy it in the current situation.

The Conservatives had said the law was designed to thwart human smuggling. But it was part of a broad overhaul of the refugee system based on their view that people were making asylum claims to take advantage of health and social benefits available while awaiting a decision on their claim.

Scheer said what he’s questioning in this instance is the idea of people fleeing persecution from the United States.

“We see images of human beings, men and women sometimes with children now here and nobody wants to see anybody go through any more hardship than they already have,” he said.

“But they are leaving stable situations in the United States, they are not leaving areas where they are facing persecution.”

Many of the latest arrivals are Haitian, fleeing an upcoming change in the U.S. that will see the resumption of deportations to Haiti for those in violation of immigration law.

Canada lifted its own ban on deportations earlier this year.