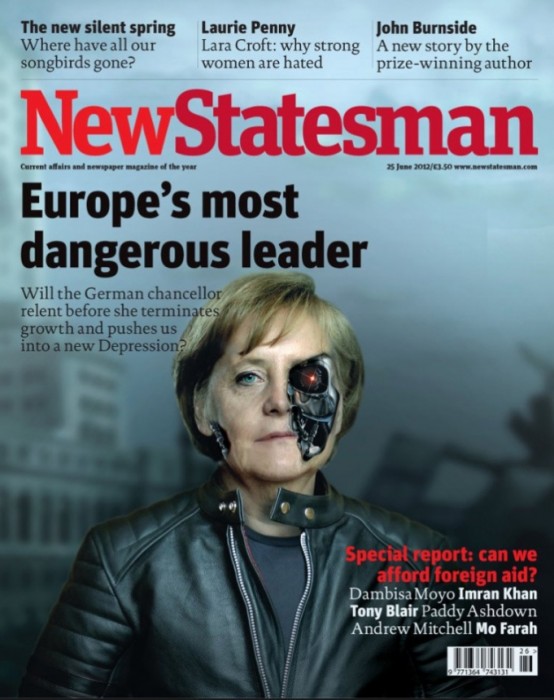 The cover of the current issue of the left-leaning weekly New Statesman depicts Merkel as The Terminator with prosthetic eye and leather jacket and asks: “Will the German chancellor relent before she terminates growth and pushes us into a new Depression?”

On Thursday, a spokesman for Merkel’s office said, “We do not comment on such matters.”

Reaction in both Britain and Germany has so far been muted, but the president of the World Jewish Congress immediately leaped to Merkel’s defence.

Ronald S. Lauder condemned the New Statesman for what he called a “despicable and totally unfair attack.”

In a statement issued Thursday, Lauder said: “To compare the democratically elected leader of today’s Germany with the brutal dictator Hitler is revolting and sickening. Not only is Chancellor Merkel a committed European, but there are few statesmen in Europe who have done more for Israel and the Jewish people.”

The New Statesman was honoured in 2009 as News Magazine of the Year by the British Society of Magazine Editors.