Can Jason Kenney be Mr. Right in Alberta?

Jason Kenney wants to ‘unite Alberta’ under a familiar brand of conservatism, and it’s bringing a whole new level of polarization to the province’s politics 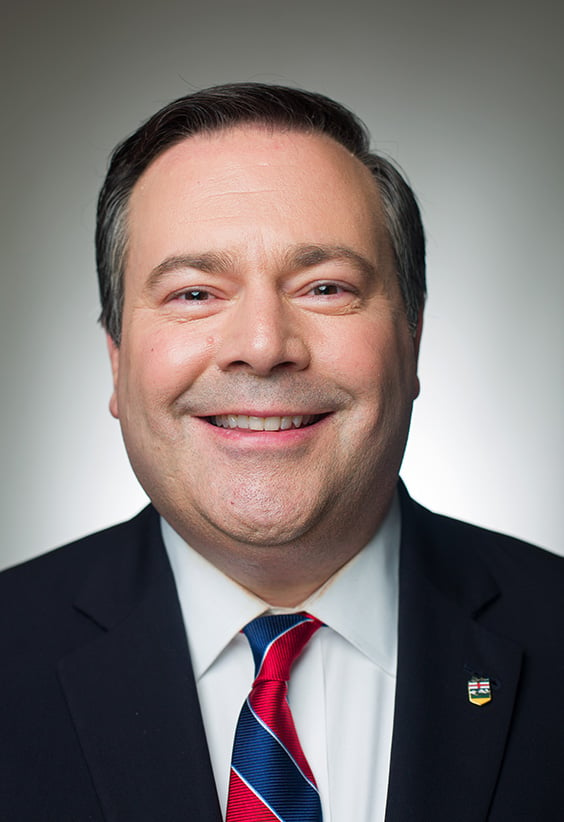 Jason Kenney couldn’t help kicking off a Calgary radio interview with a quibble about phrasing.

“Great to be here. Just one correction,” he said after the CBC host’s introduction. “I haven’t used the phrase ‘unite the right’ but ‘unite Albertans,’ because it’s bigger than one ideological faction.”

Her voice like an arched eyebrow, host Meg Wilcox clariﬁed, “But you are looking at uniting the parties that identify as right.”

This is a rhetorical distinction that would be lost on most observers, and appears to be at odds with most of Kenney’s own arguments to vault himself into the Alberta premier’s office in 2019. The former Harper cabinet minister was a champion of what almost everyone called “unite the right” last decade, and fancies the Conservative Party of Canada merger as a clear template for Alberta’s Wildrose party (the analog to the Reform/Canadian Alliance faction, which Kenney rose from) and the Progressive Conservatives (the more reluctant side of the would-be merger in Alberta as in Ottawa, and the one which Kenney will run to lead). Small-c conservatives risk failing again and must “eliminate” that risk by uniting against a common threat: Rachel Notley’s band of governing NDP ideologues, Kenney argues.

In his campaign-launch speech, Kenney, 48, indeed avoided explicit reference to the left-right political spectrum. But he did twice express an urgent need to get the province “back on the right track.” And then there’s his slogan, “Unite Alberta.” So if the dichotomy he’s sketching isn’t left against right, it’s unified, common-sense “us” against social-engineering, big-government “them”; or, in the modern Canadian conservative movement’s Reform heartland, a unified “Alberta” against . . . something that doesn’t feel like Alberta.

If Kenney is casting the NDP as a historical anomaly in the province, it is casting him as a throwback. He lionizes the 1990s days of Ralph Klein’s deficit slashing and conservative coalition, while the NDP is happy to pin Kenney to Klein’s service cuts and knuckle-dragging on social issues and climate science. With more excitement than it’s ever mustered for the poll-leading Wildrose and leader Brian Jean, Notley’s team is throwing everything and the kitchen sink at Kenney. One backbench MLA tweeted about her own abortion to draw out Kenney on the subject.

This sort of polarized, jarring tone had already hit Alberta politics in the aftermath of Notley’s surprise victory last year. Anxiety on the right spiked thanks to the cratering economy and the NDP’s decidedly non-conservative moves on taxes and climate-change action. Ezra Levant’s Rebel Media found a compelling target for its then-nascent audience’s outrage; various third-party organizations sprang up to protest and plot to overthrow her government, including one bizarre movement branded “kudatah” (as one Facebook user misspelled “coup d’état,” to much derision) that wanted to somehow turf her before the next election; and a large protest against a farm safety bill that literally included a pitchfork. Threats of violence and death against Alberta politicians are at unprecedented levels.

Until Kenney’s entry, no one had inflamed tempers on the other side—certainly not Jean, the Beaver Cleaver-looking guy with a gentle smirk who gained Alberta’s empathy as his home burned down in Fort McMurray. Jean and Kenney both decry the NDP’s carbon levy as a tax on everything; both were Team Harper MPs and both wish to consolidate Alberta conservativism. But it’s the former immigration minister who got the former prime minister’s public endorsement at a Stampede BBQ last weekend. And even though Jean is the Opposition leader and Kenney has eight months of a leadership campaign yet to go, the NDP has already unfurled personal attacks against the latter as a hard-right Ottawa carpetbagger. Press Progress, a media project by the Broadbent Institute, greeted Kenney’s launch with 39 consecutive anti-Kenney tweets and retweets during four days in early July. It’s also fundraising for its new Kenneywatch feature.

It’s not just that he’s a lightning rod for the NDP. His absence from the federal Conservative leadership contest means no main contender will be a socially conservative Alliance veteran from Calgary—in other words, nobody with so many of Harper’s traits. Kenney says Conservatives would care far less about his postal code and more about his bilingual skills, but some of those other qualities made fellow travellers wary. “It’s the uncompromising nature of his rhetoric and unwillingness to rethink core policies,” says one former Conservative cabinet adviser, who likes Kenney’s chances in Alberta.

And while Kenney has called his Alberta merger “a walk in the park” compared to the federal experience, the PCs are ﬁxing to make that walk’s first stretch a bloody minefield. Turfed from power after four decades, the remnant members of this chastened party (now a nine-member caucus) want to earnestly rebuild themselves as centrist moderates in the mould of former premier Peter Lougheed, over a couple of election cycles if need be. To many in that camp, the threat of Kenney and his Wildrose-lite insurrectionists is as alien to the PCs as Kenney’s camp reckons the NDP is to Alberta government. Kenney expresses confidence that the refuseniks will prove to be a rump within a PC tent enlarged once again.

In an interview with Maclean’s, he expressed bafflement about what the term Progressive Conservative even means. “If Bernie Sanders and Jeremy Corbyn and Rachel Notley all define themselves as progressives, I’d like to know what is the content of that political view that overlays with any centrist or centre-right free-enterprise party,” he says. “I think that’s a legitimate question I’m asking. That is to say, we need a choice and not an echo. We have the NDP and the [vaguely centrist] Alberta Party and the Liberal party. Do we need another party with a similar view?”

However, the Tories who have led in the decade since Klein have prided themselves on the party name’s duality, positioning themselves so rivals on one side said they lacked any progressive nature and those on the other said they weren’t actual conservatives. As much as he maintains he’s not uniting the right, he wants to convey an unambiguous choice to voters.

Kenney is touting the basic arithmetic long vended by advocates of PC and Wildrose unity: their two parties combined for 52 per cent of last election’s votes, which could have overwhelmed the NDP’s 41 per cent. But as failed Conservative party candidates in the 2004 federal contest can attest, one plus one equals something south of two when it comes to party mergers; nearly a quarter of the previous election’s PC and Alliance voters chose something else. Though given the progressivism Kenney and his ilk despaired with in the recent Alberta Tories—Jim Prentice’s 2015 budget even undid Klein’s flat tax and hiked income taxes for the wealthy—it seems an odd leap to assume they’d all back Kenney’s venture. Calculated another way, 76 per cent of Albertans voted for parties pledging tax increases.

Kenney’s unyielding conservatism has led rivals, both Tory and NDP, to haul out his past opposition to abortion and same-sex marriage. He told the CBC he’s been consistently pro-life his whole political career but has no designs on legislating on that. While he argues only the media and the NDP bring up social issues, he was asked about same-sex rights at two of his first conservative unity gatherings. Both times, Kenney struck a live-and-let-live tone.

But his rhetoric on the Notley government’s proposed education curriculum review, the first in decades, has made critics alert to conservative dog-whistling. The PC leadership contender says it’s a recipe for NDP “social engineering,” and tells Rebel Media it’s one of the issues Albertans most often speak to him about. It evokes the fear religious groups sowed in Ontario about the sexual-education overhaul, and Alberta’s Wildrose party hasn’t deigned to suggest the NDP are doing anything of the sort, having blown the 2012 election—by former leader Danielle Smith’s own belief—because of some candidates’ intolerant utterances.

Labour Day weekend brings an opportunity for Kenney to quell those whispers, and to support a cause that unites an ever-larger number of Albertans. It’s the Calgary Pride Parade, something Klein and Harper never attended but that has become a must-do event for premiers and leaders of all parties, from Notley to her Wildrose rival at the spectrum’s other end.