Is Quebec really the Florida of Canadian elections? 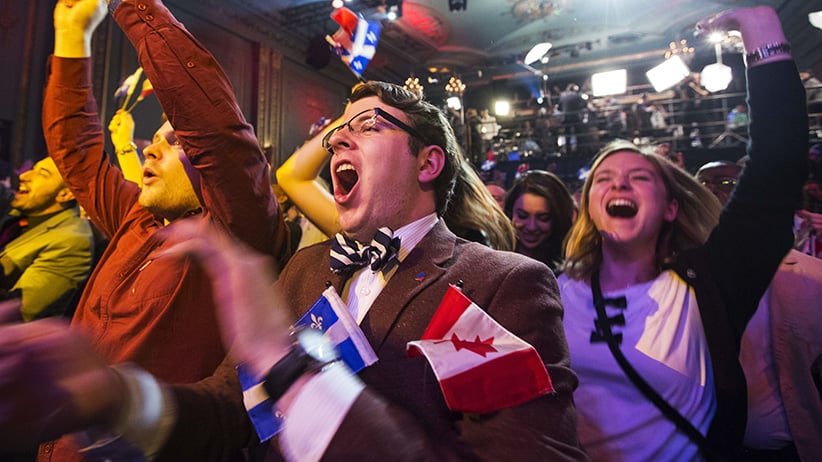 No one should really be surprised that U.S. businessman Kevin O’Leary framed his own poor electoral chances in Canada in terms an American audience would understand. O’Leary, a frontrunner for the Tory leadership until he quit the race this week, blamed it all on Quebec. He admitted he wouldn’t be competitive in the province when the Conservatives he’d hoped to lead took on Justin Trudeau in 2019. And then he drew comparisons to a famous bellwether state with which he has some familiarity.

“Quebec is the Florida of Canada. It often decides for the country,” O’Leary told reporters. What he meant was that any party that hopes to form government must win Quebec. But his apples-to-oranges comparison is flawed on several fronts. First, the hyper-competitive Sunshine State was a key swing state in the 2000 and 2004 presidential elections. Had the losing candidates in those contests flipped the Florida vote, they’d have won the White House. But federal elections don’t work like that; it’s an obvious point, but provinces are split into ridings, and voters elect candidates, not party leaders directly. “Winning” Quebec just isn’t as simple as winning the popular vote (a concept with which Al Gore and Hillary Clinton are familiar). 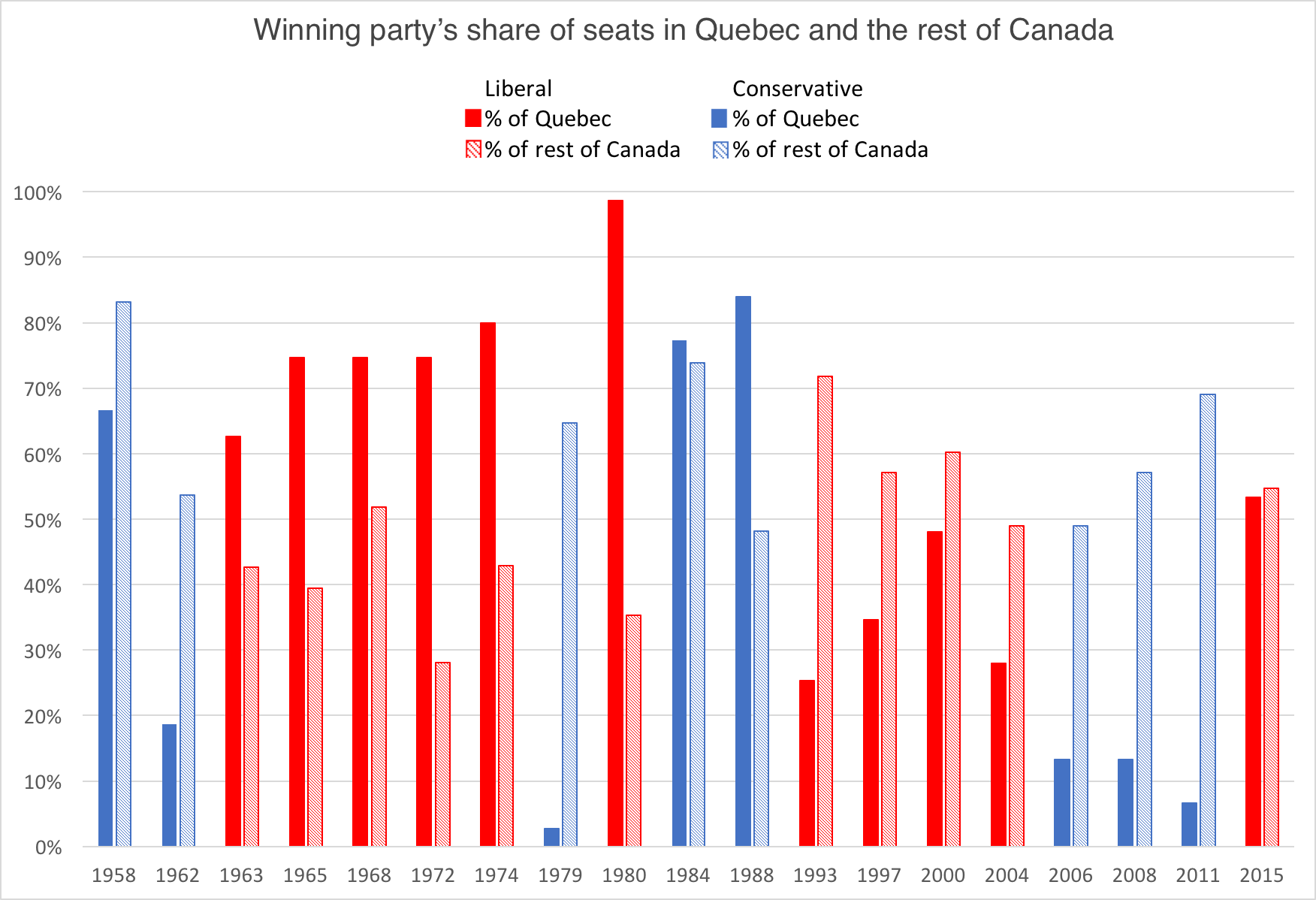 Governments also don’t need Quebec to form a government. It’s true that both victorious Liberals and Conservatives have won the majority of Quebec seats and less than 50 per cent of seats across the rest of Canada. That list includes Lester B. Pearson’s two close minority wins in 1963 and 1965; Pierre Trudeau’s minority win in 1972 and majority wins in 1974 and 1980; and Brian Mulroney’s re-election in 1988. But that free-trade election was the last time any party won Quebec and lost the rest of Canada.

Twenty-five years of an influential Bloc Québécois, and a more recently successful NDP, have made it difficult for either governing party to win Quebec outright. Jean Chrétien’s three wins all lost Quebec to the Bloc and beat a fractured right elsewhere (though in 2000, Chrétien beat expectations and won nearly a majority of Quebec seats). Paul Martin’s 2004 squeaker won just 28 per cent of Quebec. Stephen Harper won minorities in 2006 and 2008 with only 13 per cent of Quebec seats, and his majority breakthrough in 2011 came despite an even weaker showing in Quebec.

Justin Trudeau’s Liberals were the first party in a generation to both win an election and carry Quebec. But they didn’t need Quebec to put them over the top, and—no matter what O’Leary thinks—neither does the Conservative Party in 2019.